Tides Live is the fifth live album, the ninth album overall and the last instalment of the Tides series by California-based worship collective Bethel Music. The album was released on February 25, 2014 by the group's imprint label, Bethel Music. [1]

Following the successful release of Tides in September 2013, Bethel Music began leading the songs from that album during the weekend services at Bethel Church in Redding and at regional gatherings and recording them. [2] [3] Joel Taylor, director of Bethel Music, in a statement on Hear It First, said:

The new live album offers a fresh and powerful perspective on these songs, and draws listeners into a worship experience full of spontaneous moments and sounds of praise.

At AllMusic, David Jeffries rated the album three stars out of five, concluding that "fans of the original Tides will appreciate this set, which certainly sounds bigger, although not necessarily better." [5] Rating the album four and a half stars by Louder Than The Music, Jono Davies thinks that "This album is not better or worse than its studio brother, this album is different and equally as strong," and concludes that "All of this together creates a brilliant time of live worship captured wonderfully in this album." [6] 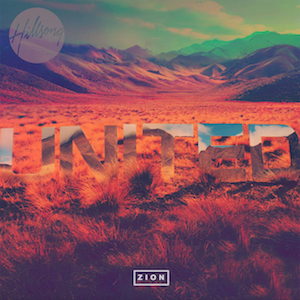 Zion is the third studio album by Australian contemporary worship music band Hillsong United. It was released on 22 February 2013 for Australia, and was released by 26 February 2013 internationally, under Hillsong Music and Sparrow Records. Production for the album began in March 2011 in Sydney, Australia. Michael Guy Chislett and band member Joel Houston oversaw production of the album, with the latter serving as executive producer. 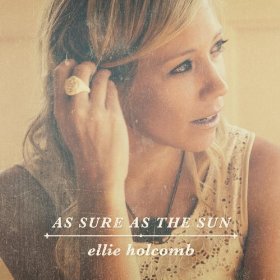 As Sure as the Sun is the debut studio album from the Christian singer and songwriter Ellie Holcomb. The album released on February 18, 2014 by Full Heart Music, which is her own independent label. The album was produced by her father noted Christian music producer Brown Bannister along with Ben Shive. This album has received critical acclaim from music critics and it attained significant commercial sales. 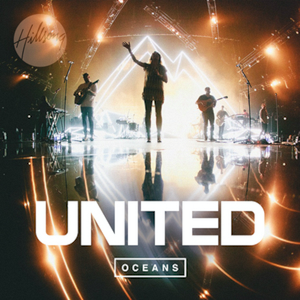 "Oceans " is a song by Australian worship group Hillsong United. It was released on 23 August 2013 as the second and final single from their third studio album, Zion (2013). The song is led by Taya Smith, and was written by Matt Crocker, Joel Houston and Salomon Ligthelm, with production being handled by Michael Guy Chislett. 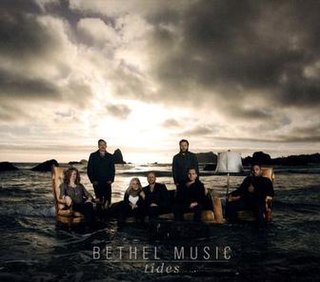 Tides is the first studio album by California-based worship collective Bethel Music, it is also the sixth album overall to be released. The album was released on September 3, 2013 by the group's imprint label, Bethel Music. Daniel Mackenzie and Gabriel Wilson produced the album together.

Only King Forever is the third live album from Elevation Worship recorded at Elevation Blakeney. Essential Worship released the album on January 14, 2014. They worked with Mack Brock, in the production of this album.

Steffany Dawn Gretzinger is a Christian music singer-songwriter and former ensemble vocalist with Bethel Music, based in Redding, California. She released her first solo album, The Undoing, with Bethel Music in 2014. The album was a Billboard magazine breakthrough release, reaching number twenty on the Billboard 200, and also gained top five status among Top Christian and Independent albums in September 2014.

Emerging Voices is a live album by Jesus Culture, featuring Mary Kat Ehrenzeller, Justin Jarvis, Derek Johnson, and Nate Ward. Jesus Culture Music released the album on July 31, 2012. They worked with Jeremy Edwardson and Banning Liebscher in the production of this album.

Kristene DiMarco, is an American Christian musician. Her first album, Those Who Dream, was released by Jesus Culture Music in 2008, along with a re-release of the same album in 2010 by Kingsway Music. She released, Safe Place, in 2012 with Kingsway Music. Her next album Mighty was released July 31, 2015 by Jesus Culture Music alongside Sparrow Records.

Have It All is the eighth live album and twelfth album overall by California based Bethel Music. It was released through the group's imprint label, Bethel Music, on March 11, 2016. It was produced by Chris Greely and Bobby Strand, and mastered by Ted Jensen at Sterling Sound, NYC. 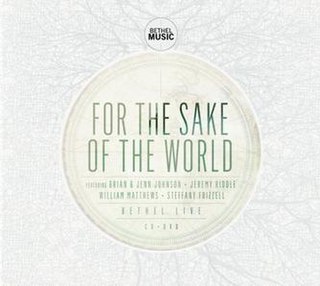 The Loft Sessions is the third album from California-based worship collective Bethel Music. The album was released on January 24, 2012 by Kingsway Music. Brian Johnson, Daniel James Mackenzie and Rick McDonald produced the album.

Nothing Is Wasted EP is an extended play from American contemporary worship band Elevation Worship. The EP was released on December 14, 2012 by Essential Records.

Be Lifted High is the second live album by California-based worship collective Bethel Music. The album was released on February 15, 2011 by Kingsway Music alongside the group's imprint label, Bethel Music. Jeremy Edwardson worked on the production of the album. The album was recorded live at Bethel Church in Redding, California and includes a DVD containing interviews about worship with Bethel Church pastors Bill Johnson and Kris Vallotton as well as Bethel Music artists such as Brian and Jenn Johnson, Jeremy Riddle and others. 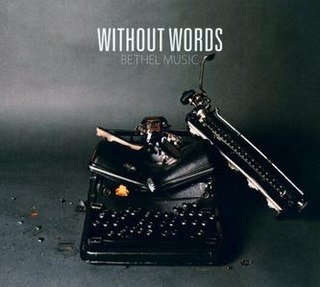 Without Words is the first remix album by California-based worship collective Bethel Music, and it is also the fifth album overall to be released. The album was released on March 5, 2013 by the group's imprint label, Bethel Music alongside Integrity Music. Garrett Viggers and Gabriel Wilson produced the album together.

Brian Mark Johnson is an American contemporary worship musician and worship pastor. He is the president and co-founder of Bethel Music, as well as a member of its Artist Collective and is one-half of the husband-and-wife worship duo, Brian & Jenn Johnson. He is also a senior worship pastor at Bethel Church in Redding, California, and a Senior Overseer of WorshipU, an online school of worship under Bethel Music which he co-founded with Jenn Johnson. 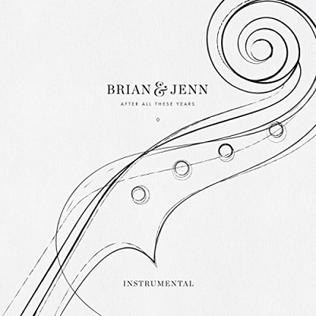 After All These Years (Instrumental) is the third remix album by American worship collective Bethel Music and their fourteenth album overall. The album was released on July 14, 2017 by the group's imprint label, Bethel Music.

Victory is the eleventh live album by California-based worship collective Bethel Music, and their sixteenth full-length release overall. The album was released on through the collective's imprint label, Bethel Music, on January 25, 2019. The album is inspired by the biblical account of King Jehoshaphat's victory over the Moabite alliance in war by sending out a group of worshipers as a vanguard for his army. The featured worship leaders on the album are Josh Baldwin, Cory Asbury, Jonathan David & Melissa Helser, Bethany Wohrle, Sean Feucht, Emmy Rose, Brian Johnson, Jenn Johnson, Kalley Heiligenthal, Paul McClure, Hannah McClure and Hunter G K Thompson with Molly Skaggs, Daniel Bashta and Harvest as guests. Ed Cash handled the production of the album.

Without Words: Genesis is the fourth remix album by Bethel Music, and their eighteenth full-length overall. It is also the third installment of the Without Words series. It was released on November 15, 2019 through its own imprint label, Bethel Music. Seth Mosley and Lael collaborated on the production of the album.