Born in London, to an actor father and a chef and restaurateur mother. [2] He credits his initial interest in music to the varied sounds and cultures of his family home and the surrounding capital city. TommyD's musical career began at the Elliott Comprehensive School in London. [3] While in school, he performed as a guitarist, keyboardist, drummer, and singer in a number of South London-based bands of varying styles. Upon finishing his studies, he worked as an assistant in a commercial studio and additionally sold musical and studio equipment.

At the age of eighteen, Danvers began a thirteen-year career as a DJ by performing in a local South London club. Within a year, he made a name for himself, becoming a resident at The Wag Club and The Limelight, running several successful nights with DJ DB. [4] He also created his own record label in 1988. [3]

Through his friendship with Justin Berkmann, TommyD helped to develop Ministry of Sound, where he became a resident DJ in 1992 and toured with the likes of CJ Mackintosh, Masters at Work, Todd Terry, and Roger Sanchez. He described his DJing style as underground soulful house, similar to the new house of Disclosure and Duke Dumont.

He was a regular DJ in venues such as Cream and Back To Basics in the United Kingdom, Space in Ibiza, and Danceteria, Mars, and Twilo in the United States. His DJ career included tours of South America, Europe, and the Far East, including a gig at the wedding of Adbullah II ibn al-Hussein and Rania al Yassin of Jordan. [4]

He collaborated with the British dance, acid house, and techno group E-Zee Possee with Jeremy Healy, producing their album The Bone Dance .

While DJing at a club in South London, Danvers became friends with two brothers, Fred and Richard Fairbrass, who one night approached Danvers with a cassette of songs. After producing a demo and playing it for the Fairbrass brothers, who recorded as Right Said Fred, the trio worked together [5] to record the song "I'm Too Sexy", which eventually reached the top ten in nine countries. Danvers went on to produce, program, and perform on their debut album Up , including follow-up singles "Don't Talk Just Kiss" and "Deeply Dippy." [6]

In 1993, Danvers, in collaboration with house music DJ Roger Sanchez, co-wrote and produced the single "D-Day" as a duo of the same name. [8]

He also collaborated with Little Louie Vega and Kenny "Dope" Gonzalez of Masters at Work on their track "Voices in My Mind," released in 1994 under the name Voices.

Additionally, he partnered with DJ Fat Tony to form the duo Fierce Child, releasing an EP titled Men Adore… in 1995 and another single, "Gonna Getcha," in 1996. [9]

Combining his studio knowledge and his DJing experience, Danvers began to produce other bands. [7] His work with Wales alternative rock band Catatonia [10] led to two chart-topping albums, 1998's International Velvet and 1999's Equally Cursed and Blessed , which produced five top-ten singles and resulted in nominations for the Mercury Music Prize [11] and the Brit Awards. [12] For his work on Equally Cursed and Blessed , Danvers earned a Best Producer nomination at the Q Awards in 2000. Additional production credits followed for artists like Finlay Quaye, Eagle-Eye Cherry, and Jennifer Paige in the early 2000s. [7]

Danvers went on to help develop the careers of new United Kingdom artists KT Tunstall and Corinne Bailey Rae, with credits on each artist's chart-topping debut albums. He co-wrote two tracks, "Under the Weather" and "Stoppin' The Love," on Tunstall's 2004 debut album Eye to the Telescope , [15] and "I'd Like To" on Bailey Rae's self-titled 2006 debut. [16]

While continuing to work with different artists as a producer and songwriter, Danvers met singer-songwriter Jamie Scott, who had just released the album Park Bench Theories under the name Jamie Scott and the Town. While Scott was looking to work with new collaborators to repackage the album, an A&R executive at his label, Polydor, suggested he meet with Danvers. The two wrote the song "Stare into The Sun" together on acoustic guitar; when Danvers produced and sent back the track, Scott was surprised, originally expecting the sound to emulate that of Park Bench Theories , but enjoyed the wildly different sound so much that they decided to start writing original material together as a duo, collaborating with artist and illustrator Jimi Crayon and calling themselves Graffiti6. [17]

Graffiti6 first released their debut album, Colours , on their own independent label, NWFree Music, in October 2010. In April 2011, the duo signed to Capitol Records and re-released the album the following year, [17] with the single "Free" reaching radio charts in the United States, Scandinavia, the Netherlands, and Belgium. Music from the album received syncs for a multitude of TV series and advertising campaigns, including Grey's Anatomy, [18] CSI: NY, [19] Covert Affairs, Victoria's Secret, [20] Hollister, Heineken, [21] MTV, VH1, [22] and The Sun. [23] A second album, The Bridge , was released independently in April 2014.

In 2007, Danvers was the groups mentor on the BBC Three reality TV series Singing with the Enemy. [24]

As part of the Music Producers Guild, he is currently spearheading the Credit Where Credit Is Due campaign, an initiative encouraging the inclusion of music professionals' credits and liner notes within the digital domain. [27] [28] 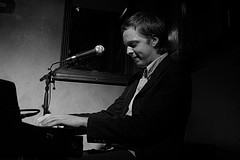 Teitur is a Faroese musician, composer, singer-songwriter and producer based on the Faroe Islands. He is a winner of multiple Danish Music Awards and has toured globally since his debut release, Poetry & Aeroplanes, in 2003. 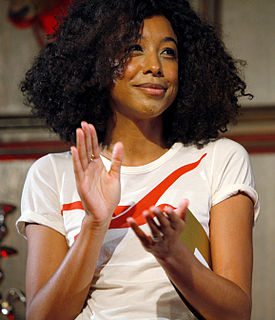 Corinne Jacqueline Bailey Rae is a British singer and songwriter from Leeds. She is best known for her 2006 single "Put Your Records On". Bailey Rae was named the number-one predicted breakthrough act of 2006 in an annual BBC poll of music critics, Sound of 2006. She released her debut album, Corinne Bailey Rae, in February 2006, and became the fourth female British act in history to have her first album debut at number one. In 2007, Bailey Rae was nominated for three Grammy Awards and three Brit Awards, and won two MOBO Awards. In 2008, she won a Grammy Award for Album of the Year. 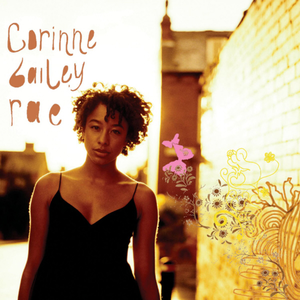 Corinne Bailey Rae is the debut studio album by English singer-songwriter Corinne Bailey Rae. It was released on 24 February 2006 by EMI. The album debuted at number one on the UK Albums Chart and was certified triple platinum by the British Phonographic Industry (BPI). Four singles were released from the album: "Like a Star", "Put Your Records On", "Trouble Sleeping" and "I'd Like To". Corinne Bailey Rae has sold over four million copies worldwide.

Joseph Anthony "Amp" Fiddler is an American singer, songwriter, keyboardist, and record producer from Detroit, Michigan. His musical styles include funk, soul, dance and electronica music. He is probably best known for his contributions to the band Enchantment, and as part of George Clinton's Parliament and Funkadelic groups from 1985 until 1996. His first solo album Waltz of a Ghetto Fly was released in March 2004. His most recent album, Amp Dog Knights, was released in 2017. 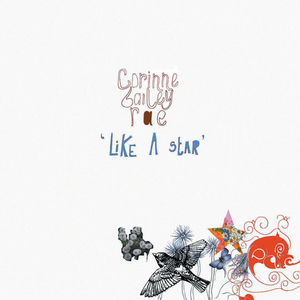 "Like a Star" is a song by English singer-songwriter Corinne Bailey Rae, released as the lead single from her self-titled debut studio album (2006). It was written by Bailey Rae and produced by Steve Chrisanthou. The song was originally released in the United Kingdom on 7 November 2005 as a limited edition of 3,000 copies, reaching number 34 on the UK Singles Chart. An accompanying music video was directed by James Griffiths. 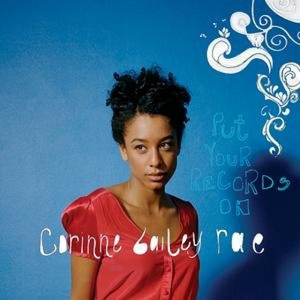 "Put Your Records On" is a song by English singer-songwriter Corinne Bailey Rae from her self-titled debut studio album (2006). Written by Bailey Rae, John Beck, and Steve Chrisanthou, it was released as the album's second single in February and early March 2006 throughout Europe and as the lead single in North America.

"Trouble Sleeping" is a song by English singer-songwriter Corinne Bailey Rae from her self-titled debut album (2006). It was written by Rae, John Beck and Steve Chrisanthou, and was released as the album's third single on 29 May 2006. Rae performed this song and "Like a Star" on the 27 November 2006 episode of the NBC comedy-drama series Studio 60 on the Sunset Strip. "Trouble Sleeping" was also featured on the NBC medical drama ER and on the CBS police procedural drama NCIS.

"I'd Like To" is a song by English singer-songwriter Corinne Bailey Rae from her self-titled debut studio album (2006). It was released on 12 February 2007 as the album's fourth and final commercial single. It was released digitally in Mexico on 19 February 2007. In the United States, the song was serviced to hot adult contemporary radio on 11 June 2007. 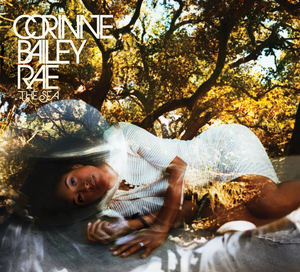 The Sea is the second studio album by English singer-songwriter Corinne Bailey Rae. It was released on 20 January 2010 by Virgin Records.

Samuel Dixon is a record producer, songwriter and musician, based in London. Dixon has produced and written with artists including Adele, Sia, Kylie Minogue, Christina Aguilera, Paloma Faith and Jack Savoretti. He is a multi-instrumentalist, best known for his work as a bass guitarist. 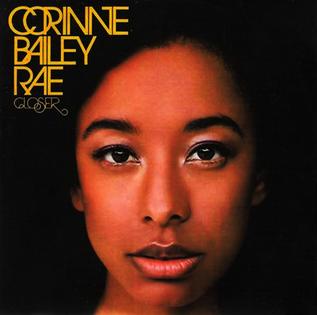 "Closer" is a song by English singer-songwriter Corinne Bailey Rae, released as the third and final single from her second studio album The Sea (2010). It was the third UK and worldwide single and had a release date of 2 August 2010. It was also issued to radio alone in the United States on 25 January 2010.

Aubrey Nunn is an English bass guitarist, songwriter, producer, and educator. He is best known as a long-serving former member of the British band Faithless.

Michael Len Williams II, known professionally as Mike Will Made It or simply Mike Will, is an American record producer, DJ, rapper, singer and songwriter. He is best known for producing trap beats for several Southern hip hop artists as well as for producing several singles, such as "Black Beatles" and "Powerglide" by Rae Sremmurd, "Mercy" by GOOD Music, "No Lie" by 2 Chainz, "Bandz a Make Her Dance" by Juicy J, "Pour It Up" by Rihanna, "Love Me" by Lil Wayne, "Body Party" by Ciara, "We Can't Stop" by Miley Cyrus, "Formation" by Beyoncé, and "Humble" by Kendrick Lamar. He has released six mixtapes and one studio album, Ransom 2.

Oluwaseyi Akerele, better known as Shizzi, is a record producer and songwriter.

Steve Chrisanthou is a British songwriter, producer, engineer. He is a Grammy Awards, Ivor Novello Awards and Brit Awards nominee, and a MOBO Awards winner for his co-write with John Beck and Corinne Bailey Rae with the song "Put Your Records On." In 2008, Chrisanthou won a National Academy of Recording Arts and Sciences award for his vocal engineering on River: The Joni Letters, a Grammy Award winner by Herbie Hancock. 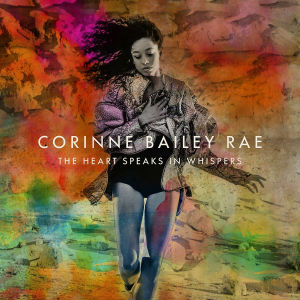 The Heart Speaks in Whispers is the third studio album by English singer and songwriter Corinne Bailey Rae, released on 13 May 2016 by Virgin EMI Records.