Last updated March 19, 2021
Not to be confused with Antonio Roma or Tony Romo.

Romacorp Inc., which does business as Tony Roma's, is an American casual dining chain restaurant specializing in baby back ribs. The first location was established by the founder in 1972 in North Miami, Florida. [1] Clint Murchison Jr. purchased a majority stake in the restaurant in 1976, and he and Roma established the jointly owned Roma Corporation. [2] The first international location opened in 1979 in Tokyo, followed by an international expansion with both company-owned stores and franchises. [2] As of 2020, there are over 115 locations [3] on six continents. [4]

Tony Roma, the driving force and namesake behind the casual dining eatery, opened the first Tony Roma's in North Miami on January 20, 1972. [5] Prior to opening his self-named restaurant, Tony Roma was the food and beverage specialist for the Playboy Club.

Originally a steak and burger restaurant, one weekend, chef David Smith grilled baby back ribs and served them with Tony Roma's BBQ sauce. The ribs proved to be popular, and were added to the permanent menu, and quickly became what Tony Roma's was known for. Tony Roma's menu has further expanded to include seafood, pasta, chicken, and sandwiches. [6]

Four years later, in 1976, Clint Murchison Jr., the owner of the Dallas Cowboys, was in Miami for Super Bowl X. Murchison purchased the majority stake in the restaurant, going on to become the driving force behind Tony Roma's international expansion. Murchison and Roma established Roma Corporation, a jointly-owned company that oversaw the restaurants and sold franchises. [2]

In 1979, the first international location opened in Tokyo, Japan and by 1983; there were 30 Tony Roma's restaurants around the world. During the mid-1980s, Roma Corp's growth plan included opening more franchises, rather than company-owned stores. [2]

Murchison sold his shares in Roma Corp to his children in 1984, and Kenneth Reimer, a Murchison business associate, took over as CEO of Roma. Tony Roma himself also sold his interest in the company to the Murchison children. [7]

At the end of 2020, there were 57 Tony Roma's locations franchised by Romacorp.

When the first Tony Roma's opened in the 1970s, the restaurant was known for its burger and steaks until chef David Smith cooked up some baby back ribs and they became popular. [6] Today the menu includes ribs, burgers, and steaks, as well as chicken and seafood dishes, appetizers, vegetarian dishes, desserts, and a cocktail list. Many international locations provide additional options that conform to local customs. [12] Tony Roma's menu is routinely updated with specials, new chef-created dishes, and seasonal cuisines. [13] In 2015, Roma Corp's introduced a new concept, TR Fire Grill & Lounge, in Orlando, Florida featuring modern American cuisine and modern cocktails. [14] [15]

In 1976, Tony Roma's was one of the first US chain restaurants to expand into the international market, opening their first store in Japan. During the late 20th and early 21st centuries, Tony Roma's expanded into Europe, South America, Australia and Asia. Tony Roma's has also expanded to the Middle East, including the UAE, where the prince of Dubai, Hamdan bin Mohammed bin Rashid Al Maktoum, dines. [17] As of 2015, Tony Roma's had around 120 international stores spread across five continents, with 20 restaurants in the United States. [1] The franchise introduced a brand makeover in 2016 with a new store model. [4]

As of 2016, the only location near New York City was inside Newark Liberty International Airport, after the Commack branch closed as part of a downsizing. There also remained a location in Niagara Falls at the time. The closure left 20 locations in the United States, with most remaining restaurants international. [18] In 2018, the company opened its first US franchise in six years, and also its first new US restaurant since 2014. [19]

As of 2020, there are two locations in Southern California. There is one near the SouthBay Pavilion in Carson, California and another in Anaheim, California near the Disneyland Resort. [20]

Tony Roma's is consistently opening new restaurants in emerging markets. [1] In 2015, Tony Roma's became one of the first US-based restaurants to open a store in Myanmar. [21] As of 2018, Tony Roma's had "new licensing deals in the United States, Europe, Mexico, Australia and New Zealand" and "new development agreements in Spain, Nicaragua and Bolivia." [19]

Countries and territories with restaurants 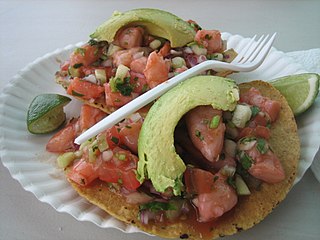 The cuisine of California reflects the diverse culture of California and is influenced largely by Hispanic America roots, alongside Eastern Asian and Oceanian influences and Western European influences, as well as the food trends and traditions of larger American cuisine.

Steak 'n Shake Operations, Inc. is an American casual restaurant chain concentrated primarily in the Midwestern United States with locations also in the South, Mid-Atlantic and Western United States, Europe, and the Middle East. The company is headquartered in Indianapolis, Indiana, and is a wholly owned subsidiary of Biglari Holdings. As of 2018, 628 Steak 'n Shake restaurants were in operation; 414 corporate operations and 214 franchised establishments, although the company has since been attempting to convert to a fully franchised model. Typical restaurant locations have sit-down, drive-thru and front-window service, resulting in a hybrid of fast-food to-go service and diner-style sit-down service. Many Steak 'n Shake restaurants are open 24 hours a day, seven days per week. The menu features primarily burgers and hand-dipped milkshakes, though other entrees, side items, and drinks are also available. 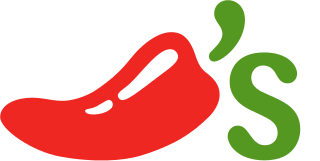 Chili's Grill & Bar is an American casual dining restaurant chain. The company was founded by Larry Lavine in Texas in 1975 and is currently owned and operated by Brinker International.

Sonny's BBQ is a barbecue restaurant chain founded by Floyd "Sonny" Tillman in Gainesville, Florida in 1968. Bob Yarmuth purchased the company in 1991 and continues as the company's owner and CEO today. Sonny's BBQ now has 113 restaurants across nine Southeastern states and is headquartered in Maitland, Florida. The restaurant specializes in Southern-style BBQ. 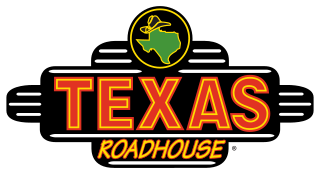 Texas Roadhouse is an American chain restaurant that specializes in steaks around a Texan and Southwestern theme and is a subsidiary of Texas Roadhouse Inc, which is headquartered in Louisville, Kentucky. The chain operates about 572 locations in 49 U.S. states and in Saudi Arabia, Kuwait, Bahrain, the United Arab Emirates, Qatar, the Philippines, Mexico, Taiwan, and South Korea. It is known for its free buckets of peanuts at each table along with free dinner bread rolls with honey cinnamon butter.

Which Wich Superior Sandwiches is an American fast casual restaurant chain specializing in sandwiches and salads. It has its headquarters in Downtown Dallas, Texas. As of December 2016, it has 404 locations open in 36 U.S. states as well as the District of Columbia, along with 27 international locations in Bahrain, Guatemala, Kuwait, Mexico, Oman, Panama, Qatar, Saudi Arabia, and the United Arab Emirates. 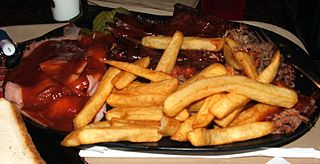 Kansas City-style barbecue refers to the specific regional barbecue style of slowly smoked meat that originated from the pit of Henry Perry in the early 20th century in Kansas City, Missouri.

L&L Hawaiian Barbecue, or simply L&L and known as L&L Drive-Inn in Hawaii, is a Hawaiian-themed franchise restaurant chain based in Honolulu, Hawaii, centered on the Hawaiian plate lunch.

LongHorn Steakhouse is an American multinational casual dining restaurant chain owned and operated by Darden Restaurants, Inc., headquartered in Orlando, Florida. As of 2016, LongHorn Steakhouse generated $1.6 billion in sales in its 481 locations.

Cook Out is an American privately owned fast food restaurant chain operating in North Carolina, Alabama, Georgia, Kentucky, South Carolina, Tennessee, Virginia, West Virginia, Mississippi, and Maryland. Founded in Greensboro, North Carolina in 1989, the chain has since expanded and now has drive-thru restaurants in over 100 cities. The chain itself has grown in size with many locations now spread throughout Virginia. Their menu primarily features grilled hamburgers and cheeseburgers, hot dogs, chicken sandwiches, and North Carolina barbecue.

Tumbleweed Tex Mex Grill & Margarita Bar is a chain restaurant based in Louisville, Kentucky. It serves an American-Mexican cuisine in a combination Tex-Mex and Southwest style. They specialize in a chili con queso. Tumbleweed's menu includes Continental food, encompassing such foods as chicken and steak. The other major style of cuisine is a Mexican-themed menu, including burritos, chimichangas, and house salads.

Smashburger is an American fast-casual hamburger restaurant chain founded in Denver, Colorado. As of February 2018, it has more than 370 corporate and franchise-owned restaurants in 37 states and 9 countries.

Dickey’s Barbecue Pit is an American family-owned barbecue restaurant chain based in Dallas, Texas, and is a subsidiary of Dickey's Capital Group.