Anthony Ronald Entrican Sinclair FRSC FRS (born March 25, 1944) [1] is a professor emeritus of zoology at the University of British Columbia. [2] [4] 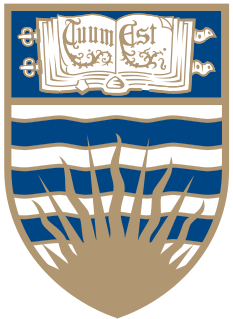 Sinclair spent his early childhood in the African bush in Tanzania, where his love for Africa and animals led him to study for degrees in zoology at Pembroke College, Oxford. [1] [2] For his doctoral dissertation, Sinclair conducted research into the ecology of African Buffalo under Niko Tinbergen at the University of Oxford [3] with supervision from Hugh Lamprey at the Serengeti Research Institute. [5] 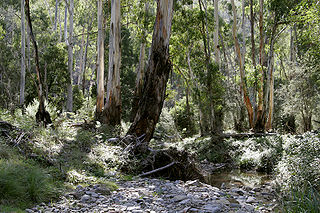 "The bush" is a rural, undeveloped area, usually one that is heavily forested and sparsely populated. The term is mostly used in the English vernacular of Australia and New Zealand where it is largely synonymous with backwoods, outback and hinterland.

Tanzania officially the United Republic of Tanzania, is a country in East Africa within the African Great Lakes region. It borders Uganda to the north; Kenya to the northeast; Comoro Islands at the Indian Ocean to the east; Mozambique and Malawi to the south; Zambia to the southwest; and Rwanda, Burundi, and the Democratic Republic of the Congo to the west. Mount Kilimanjaro, Africa's highest mountain, is in north-eastern Tanzania.

Sinclair is an ecologist and leading authority on the ecology, population dynamics and community structures of large mammals. His work is of importance for the management and conservation of the environment in Africa, North America and Australia. He is particularly interested in the areas of predator sensitive foraging, predator–prey theory, migration and the regulation of populations. [2]

Ecology is a branch of biology that studies the interactions among organisms and their biophysical environment, which includes both biotic and abiotic components. Topics of interest include the biodiversity, distribution, biomass, and populations of organisms, as well as cooperation and competition within and between species. Ecosystems are dynamically interacting systems of organisms, the communities they make up, and the non-living components of their environment. Ecosystem processes, such as primary production, pedogenesis, nutrient cycling, and niche construction, regulate the flux of energy and matter through an environment. These processes are sustained by organisms with specific life history traits. 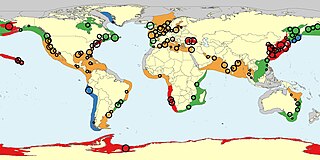 Population dynamics is the branch of life sciences that studies the size and age composition of populations as dynamical systems, and the biological and environmental processes driving them. Example scenarios are ageing populations, population growth, or population decline.

By conducting long-term research on large mammals in the Mara–Serengeti ecosystem and elsewhere in East Africa, Sinclair showed the ways in which different animal populations are regulated. He has also investigated how plant-eating animals are able to co-exist with each other, even when they have overlapping food sources. [2] 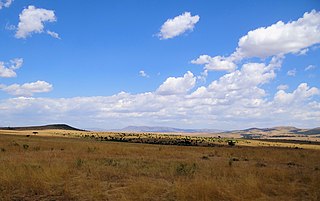 TheMaasai Mara is a large game reserve in Narok County, Kenya, contiguous with the Serengeti National Park in Tanzania. It is named in honor of the Maasai people and their description of the area when looked at from afar: "Mara" means "spotted" in the local Maasai language of Maa, due to the many trees which dot the landscape.

The Serengeti ecosystem is a geographical region in Africa. It is located in northern Tanzania. It spans approximately 30,000 km2 (12,000 sq mi).

East Africa or Eastern Africa is the eastern region of the African continent, variably defined by geography. In the United Nations Statistics Division scheme of geographic regions, 20 territories make up Eastern Africa:

Sinclair and his work are featured prominently in the documentary film, The Serengeti Rules , which was released in 2018. [6]

The Serengeti Rules is a 2018 HHMI Tangled Bank Studios and Passion Planet documentary film directed by Nicolas Brown, and based on the book by Sean B. Carroll. The film explores the discoveries of five pioneering scientists—Tony Sinclair, Mary E. Power, Bob Paine, John Terborgh, and Jim Estes—whose decades of research laid the groundwork for modern ecology and offer hope that environmentalists today may able to “upgrade” damaged ecosystems by understanding the rules that govern them.

Professor Geoffrey Alan Parker FRS is an emeritus professor of biology at the University of Liverpool and the 2008 recipient of the Darwin Medal.

Anthony James Trewavas FRS FRSE is Emeritus Professor in the School of Biological Sciences of the University of Edinburgh best known for his research in the fields of plant physiology and molecular biology. His research investigates plant behaviour.

Dolph Schluter is a professor of Evolutionary Biology and a Canada Research Chair in the Department of Zoology at the University of British Columbia. Schluter is a major researcher in adaptive radiation and currently studies speciation in the three-spined stickleback, Gasterosteus aculeatus.

Timothy Hugh Clutton-Brock is a British zoologist known for his comparative studies of the behavioural ecology of mammals, particularly red deer and meerkats.

Richard Maitland Laws CBE FRS ScD was Director of the British Antarctic Survey from 1973 to 1987; Master of St Edmund's College, Cambridge from 1985 to 1996 and Secretary of the Zoological Society of London.

Derek John Fray is a British material scientist, and professor at the University of Cambridge.

Bryan Thomas Grenfell OBE, FRS is a British population biologist, and Professor of Ecology and Evolutionary Biology and Public Affairs, at Princeton University.

Sarah Cleaveland is a veterinary surgeon and Professor of Comparative Epidemiology at the University of Glasgow.

Charles Joseph Krebs is a professor emeritus of population ecology in the University of British Columbia Department of Zoology. He is also Thinker-in-residence at the Institute for Applied Ecology at the University of Canberra, Australia. He is renowned for his work on the fence effect, as well as his widely used ecology textbook Ecology: The Experimental Analysis of Distribution and Abundance.

Carolyn Mary King is a New Zealand zoologist specialising in mammals, particularly small rodents and mustelids. She is currently a professor of biological sciences at the University of Waikato.