Topes de Collantes is a nature reserve park in the Escambray Mountains range in Cuba. It also refers to the third highest peak in the reserve, where a small settlement and tourist center is located, all sharing the same name.

Topes de Collantes, literally Collantes’ Highs, almost 800 metres (2,600 ft) above sea level, along with Potrerillo peak, 931 metres (3,054 ft) and tallest San Juan peak, 1,140 metres (3,740 ft) are located in the Escambray range. These mountains are shared by the three central provinces of the island; Villa Clara Province to the north, Cienfuegos Province and Sancti Spiritus Province to the west and east respectively.

The wet winds coming off the Atlantic Ocean have made the north face of the mountains a luxurious refuge for plants and animals, while the drier south face hosts important ecosystems, in which lie two famous UNESCO World Heritage sites; Valle de los Ingenios (Valley of the Sugar Mills), and Trinidad city, both living examples of early 17th-century wealthy colonial Cuba.

Coffee growers were living in the area when president Fulgencio Batista ordered the construction of a massive battleship-like Art Deco sanatorium for tuberculosis patients in 1954. Rumor has it that his wife Martha was battling against this illness and once there she fell in love for the place. As a result she persuaded Batista to build her a cottage in the area as well. After the Revolution the hospital was converted into a school, and in the mid-1970s it was returned to a similar use as a hotel specialized in rehabilitation and special therapies. The Kurhotel is also famous for its vast collection of original Cuban art. Scattered in its 210 rooms, lobbies and halls, almost 800 pieces of art from the most famous Cuban painters of all times can be found. As a result, a small worker’s settlement was developed around the place. The Universidad de Montaña or Mountain Campus of Las Villas University was built here in the 1980s. Due to its connection with Trinidad city and the beaches of the Ancon peninsula a couple more hotels and a resort villa catering to tourist have been developed.

There are several places to go, these are some of the most popular trips:

Caburni Falls, at about 3 kilometres (1.9 mi) is the most popular hike through coffee plantations, traditional farmers houses, and cliffs to end in Caburni river which falls from a 62 metres (203 ft) rock wall into a series of ponds.

Hacienda Codina, a ranch with several attractions: medicinal mud baths, medicinal and ornamental gardens, the orchid’s collection has more than 40 local species including bamboo; Altar’s cave from where a secret passage ends in a natural lookout facing south of the mountain system and the Valley of the sugar mills, Trinidad and Ancon can be seen.

Parque La represa, a 1 square kilometre (0.39 sq mi) park developed around the original house built for Batista’s wife Martha. Placed on the banks of River Vega Grande, there is an arboretum with more than 300 exotic species. The highest and oldest mahogany ever found in Cuba lives in this place.

Snak Bar “El mirador”, literally The Lookout, it in the way down to Trinidad, between the Valley and the range in the back, but still 600 meters above sea level offers views of the city and peninsula below.

With around 500 years of history in its stone built streets and colonial architecture the UNESCO’s World Heritage Site of Trinidad is located close to the white sands and blue waters of Ancon and La Boca beaches.

Deua is a national park located in New South Wales, Australia, 320 kilometres (200 mi) south of Sydney, and 100 kilometres (62 mi) east of Canberra. The nearest towns on the coast are Batemans Bay, Moruya and Narooma. 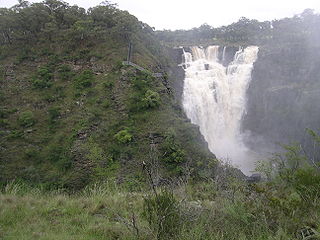 Villa Clara is one of the provinces of Cuba. It is located in the central region of the island bordering with the Atlantic at north, Matanzas Province by west, Sancti Spiritus Province by east, and Cienfuegos Province on the South. Villa Clara shares with Cienfuegos and Sancti Spiritus on the south the Escambray Mountain Range. Its main cities are Santa Clara, Remedios, Sagua La Grande, Camajuani, Caibarién, Ranchuelo, Placetas, and Manicaragua. 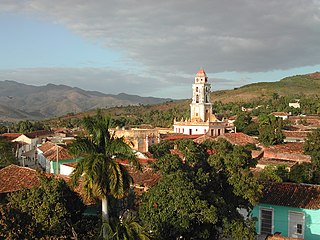 The Escambray Mountains are a mountain range in the central region of Cuba, in the provinces of Sancti Spíritus, Cienfuegos and Villa Clara.

Baracoa is a municipality and city in Guantánamo Province near the eastern tip of Cuba. It was visited by Admiral Christopher Columbus on November 27, 1492, and then founded by the first governor of Cuba, the Spanish conquistador Diego Velázquez de Cuéllar on August 15, 1511. It is the oldest Spanish settlement in Cuba and was its first capital. 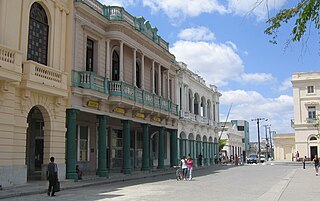 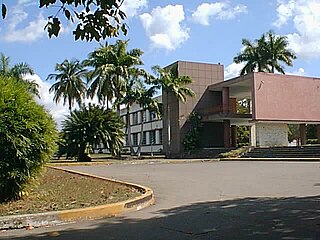 The University "Marta Abreu" of Las Villas is an undergraduate and graduate university located in Santa Clara, Cuba founded in 1952 and having a remote campus called "Universidad de Montaña" located in Topes de Collantes, the heart of the Escambray Mountains.

Cumanayagua is a municipality and town in the Cienfuegos Province of Cuba. It is located in a valley near the Guamuhaya Mountains (usually these mountains are referred as Escambray Mountains, 23 kilometres east of Cienfuegos, the provincial capital.

Manicaragua is a municipality and mountain town in the Villa Clara Province of Cuba. It is located in the Escambray Mountains at the southern part of Villa Clara, bordering the provinces of Cienfuegos to the west and Sancti Spíritus to the east. 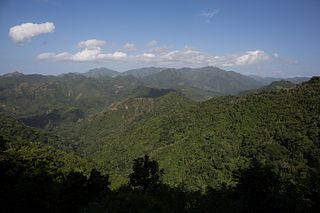 Cuchillas del Toa is a Biosphere Reserve in Cuba. It is located in the eastern part of the country, mostly in the Guantánamo Province and reaching to the north into the Holguín Province. Most of the reserve is established in the drainage area of the Toa River, which flows for 118 km (73 mi) to the Atlantic Ocean in Baracoa. 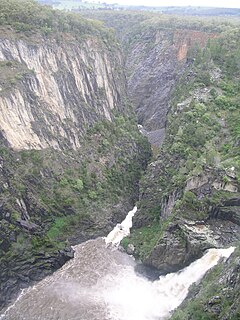 The Apsley Falls are two waterfalls on the Apsley River in the Northern Tablelands region of New South Wales, Australia. The falls are located about 20 kilometres (12 mi) east of Walcha, and 1 kilometre off the Oxley Highway in a deep gorge, that is part of the Oxley Wild Rivers National Park. They are the first falls in a succession of dramatic drops in an area that has some of the most remarkable scenery in Eastern Australia. The first drop of the falls is about 65 metres (213 ft) in depth, and the second, which is about 800 metres (2,625 ft) further on, plummets 58 metres (190 ft) to the bottom of the gorge. 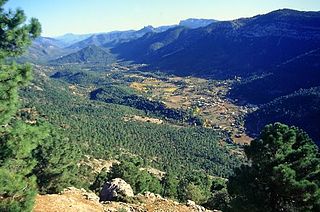 Sierras de Cazorla, Segura y Las Villas Natural Park is a natural park in the eastern and northeastern part of the province of Jaén, Spain, established in 1986. With an area of 2,099.2 square kilometres (810.5 sq mi), it is the largest protected area in Spain and the second largest in Europe. It was declared a biosphere reserve by UNESCO in 1983 and also a Special Protection Area for migratory birds in 1988.

El Salto del Hanabanilla, also known as Hanabanilla, is a Cuban village and consejo popular of the municipality of Manicaragua, Villa Clara Province. As of 2014 the town has 137 homes making up a total of 436 inhabitants. Is a mountain resort famous for the homonym lake. 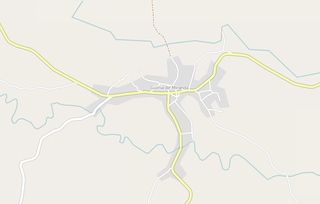 Güinía de Miranda, sometimes shortened as Güinía, is a Cuban village and consejo popular of the municipality of Manicaragua, in Villa Clara Province. It has a population of circa 3,000 and the council's administrative territory covers an area of 114.2 km².

Jibacoa is a Cuban village and consejo popular of the municipality of Manicaragua, in Villa Clara Province. As of 2004, it had a population of 3,101; and the council's administrative territory covers an area of 78.5 km².

The Pedra Branca State Park is a state park in the state of Rio de Janeiro, Brazil. It is one of the largest urban nature parks in the world. It protects an area of Atlantic Forest in the west of the city of Rio de Janeiro that includes the highest point in the city, the Pico da Pedra Branca. 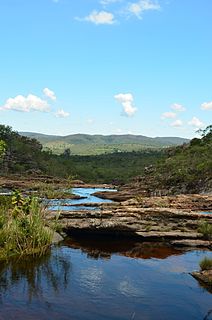 The Serra Negra State Park Portuguese: Parque Estadual da Serra Negra is a state park in the state of Minas Gerais, Brazil. It protects a mountainous area in the Atlantic Forest biome, an important source of water in a dry region, and a potential source of tourism revenue in an area with many social problems.