Topline Schools is a private coeducational day and boarding school that has been in operation since September 2007. The school is located in the Elelenwo residential neighborhood of Port Harcourt, Rivers State. The school provides boarding for children living within and those from outside the state or local government area. It has nursery, and primary-level and secondary-level schools. [2]

Members of the Board of Governors 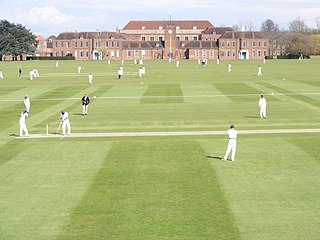 In the United Kingdom, independent schools are fee-charging schools, typically governed by an elected board of governors and independent of many of the regulations and conditions that apply to state-funded schools. For example, pupils do not have to follow the National Curriculum. Historically, the term 'private school' referred to a school in private ownership, in contrast to an endowed school subject to a trust or of charitable status. Many of the older and more exclusive independent schools catering for the 13–18 age range in England and Wales are known as public schools, seven of which were the subject of the Public Schools Act 1868. The term 'public school' derived from the fact that they were then open to pupils regardless of where they lived or their religion. Prep (preparatory) schools educate younger children up to the age of 13 to 'prepare' them for entry to the public schools and other independent schools. Some former grammar schools converted to an independent fee-paying model following the 1965 Circular 10/65, which marked the end of their state funding; others converted into comprehensive schools.

West Buckland School is an English independent school in West Buckland, Devon. It comprises a senior school, preparatory school, and a nursery. It is a relatively high performing school in Devon. It was one of eight schools shortlisted for 'Boarding School of the Year' in the TES Independent School Awards 2019, a category won by Cottesmore School.

Wymondham College is a coeducational secondary school with academy status in Morley, near Wymondham, Norfolk, England. A former grammar school, it is one of 36 state boarding schools in England and the largest of its type in the country, with up to 700 boarding places.It has specialisms in technology and in modern languages. It is one of the highest performing state schools in England and Wales. In 2015 it was the top performing state school in the country. 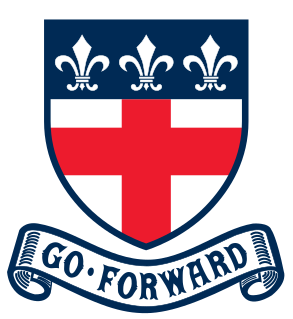 Dean Close School is a co-educational day and boarding private school in Cheltenham, Gloucestershire, England. The school is divided into pre-prep, preparatory and senior schools located on separate but adjacent sites outside Cheltenham town centre, occupying the largest private land area in the town. Pupils may be enrolled as young as 3 in the pre-preparatory school, and continue through to 18 at the senior school. The Headmaster of the Senior School is Bradley Salisbury. Dean Close is a member of the Headmasters' and Headmistresses' Conference. 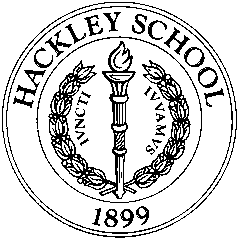 Hackley School is a private college preparatory school located in Tarrytown, New York, and is a member of the Ivy Preparatory School League. Founded in 1899 by a wealthy philanthropist, Mrs. Caleb Brewster Hackley, Hackley was intended to be a Unitarian alternative to the mostly Episcopal boarding schools throughout the Northeast. Since its founding, Hackley has dropped its Unitarian affiliations and changed from all-boys to coeducational. Hackley is divided into three schools on the same campus: the Lower School, the Middle School, and the Upper School. Hackley school is also a member of global education association, Round Square.

Wycliffe College is a co-educational, independent, private day and boarding school in Stonehouse, Gloucestershire, England, founded in 1882 by G. W. Sibly. It comprises a Nursery School for ages 2–4, a Preparatory School for ages 4–13, and a Senior School for ages 13–18. In total, there are approximately 800 pupils enrolled at the school. The college is set in 60 acres of land. In 2018, The Duchess of Gloucester officially opened a new £6 million boarding house named Ward's-Ivy Grove. The college attracts students from many areas of the world. 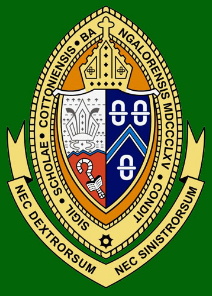 Bishop Cotton Girls' School, or BCGS, is a private all-girls' school for boarders and day scholars in Bangalore, Karnataka, India. The school offers academic scholarships, which aid students from lower income backgrounds to afford tuition and boarding fees. It has been awarded the International School award by the British Council.

St Mary's School Ascot is a Roman Catholic independent day and boarding school for girls in Ascot, Berkshire, England. It is a member of the Girls' Schools Association. It was named 2015 "Public School of the Year" at the annual Tatler Schools Awards. It was ranked No. 1 in the U.K. by The Daily Telegraph in the 2018 GCSEs.

Sequoyah High School is a Native American boarding school serving students in grades 7–12, who are members of a federally recognized Native American tribe. The school is located in Park Hill, Oklahoma, near Tahlequah, and is a Bureau of Indian Education (BIE) grant school operated by the Cherokee Nation.

Christ School is a private Episcopal college preparatory boarding and day school for boys in Arden, North Carolina, United States, a suburb of Asheville, in the Blue Ridge Mountains. It features a competitive academic curriculum, intramural and varsity athletics, spiritual development and a work program. While an Episcopal school, it is open to students of all faiths and backgrounds.

Bellerbys College is a series of two private international co-educational boarding schools based in the UK, owned by Study Group International who also operate language schools under the name Embassy.

Ashford School is a coeducational independent boarding and day school in East Hill, Ashford, Kent. There are 480 students in the Senior School and 360 in the Prep School.

Bart Magunda Katureebe is a Ugandan judge and the former Chief Justice of Uganda. He was appointed to that position on 5 March 2015. Before that, he was a justice of the Supreme Court of Uganda.

Collège du Léman (CDL) is a Swiss boarding and day school, for boys and girls from 2 to 18 years old, currently based in Versoix, canton of Geneva, Switzerland. It has approximately 1900 students representing more than 100 nationalities and has been accredited by both the European Council of International Schools and the New England Association of Schools and Colleges (NEASC).

Aruna Shields is a British actress, filmmaker and therapist. She debuted in Bollywood with the film Prince. She is 5.6' feet tall in height.

Girls' College is an independent, day and boarding high school for girls in Bulawayo, Zimbabwe. The school was founded in 1983.