Trogossitinae is a subfamily of beetles in the family Trogossitidae. 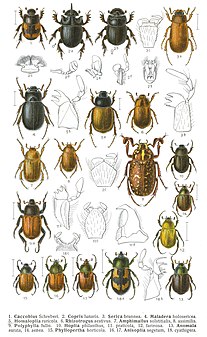 The family Scarabaeidae, as currently defined, consists of over 30,000 species of beetles worldwide; they are often called scarabs or scarab beetles. The classification of this family has undergone significant change in recent years. Several subfamilies have been elevated to family rank, and some reduced to lower ranks. The subfamilies listed in this article are in accordance with those in Bouchard (2011).

Polyphaga is the largest and most diverse suborder of beetles. It comprises 144 families in 16 superfamilies, and displays an enormous variety of specialization and adaptation, with over 350,000 described species, or approximately 90% of the beetle species so far discovered. 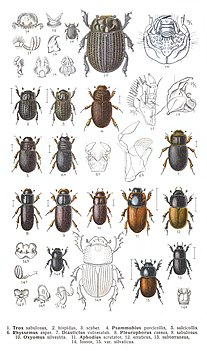 Scarabaeoidea is a superfamily of beetles, the only subgroup of the infraorder Scarabaeiformia. Around 35,000 species are placed in this superfamily and some 200 new species are described each year. Its constituent families are also undergoing revision presently, and the family list below is only preliminary. 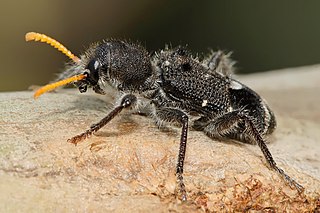 Cleroidea is a small superfamily of beetles containing about 10,000 species. Most of the members of the group are somewhat slender, often with fairly soft, flexible elytra, and typically hairy or scaly. 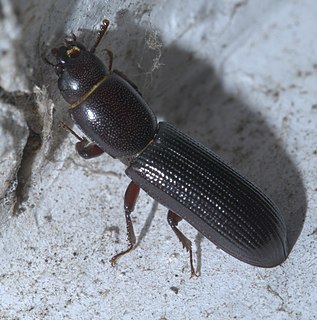 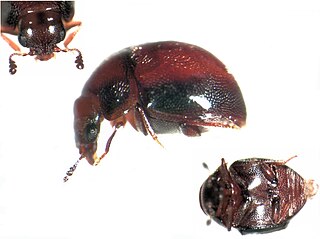 Rentonium bicolor is a species of beetles in the family Trogossitidae.

Egoliinae is a subfamily of beetles in the family Trogossitidae.

Acalanthis is a genus of beetles in the subfamily Egoliinae.

Gymnochilini is a tribe of beetles in the subfamily Trogossitinae. 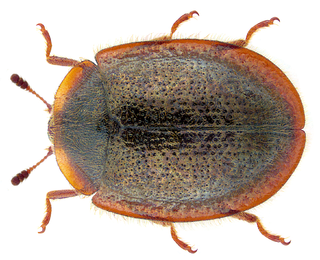 Thymalus limbatus is a species of beetle in family Trogossitidae. It is found in the palearctic. It is an obligate Saproxylic species associated with Betula pendula, Fagus sylvatica, Fagus sylvatica, Tilia × europaea and Picea abies mostly under bark. It feeds on fungus or dead wood. 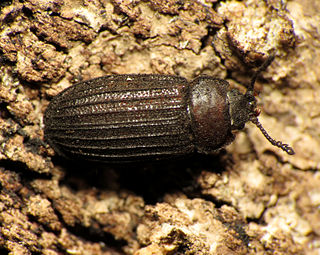 Grynocharis is a genus of bark-gnawing beetles in the family Lophocateridae. There are at least four described species in Grynocharis. 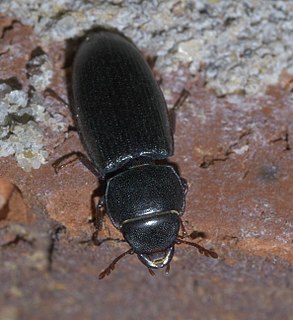 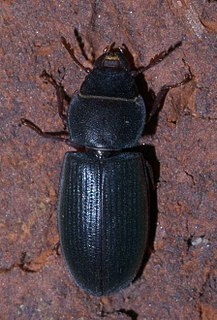 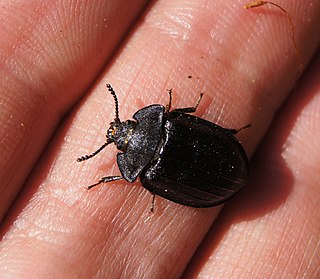 Peltis is a genus of beetles found in North America and Europe, and the sole member of the family Peltidae, formerly included in the Trogossitidae. Members of this genus are dark, averaging from brown, to dark brown, to black. They are small, wide, and flat-bodied with wide, ridged elytra.

Lophocateridae is a family of beetles in the superfamily Cleroidea, formerly included in the Trogossitidae.