In zoological nomenclature, a type species (species typica) is the species name with which the name of a genus or subgenus is considered to be permanently taxonomically associated, i.e., the species that contains the biological type specimen(s). [1] A similar concept is used for suprageneric groups and called a type genus.[ citation needed ]

In bacteriology, a type species is assigned for each genus. [3]

Every named genus or subgenus in zoology, whether or not currently recognized as valid, is theoretically associated with a type species. In practice, however, there is a backlog of untypified names defined in older publications when it was not required to specify a type.

A type species is both a concept and a practical system that is used in the classification and nomenclature (naming) of animals. The "type species" represents the reference species and thus "definition" for a particular genus name. Whenever a taxon containing multiple species must be divided into more than one genus, the type species automatically assigns the name of the original taxon to one of the resulting new taxa, the one that includes the type species.

The term "type species" is regulated in zoological nomenclature by article 42.3 of the International Code of Zoological Nomenclature , which defines a type species as the name-bearing type of the name of a genus or subgenus (a "genus-group name"). In the Glossary, type species is defined as

The nominal species that is the name-bearing type of a nominal genus or subgenus. [4]

The type species permanently attaches a formal name (the generic name) to a genus by providing just one species within that genus to which the genus name is permanently linked (i.e. the genus must include that species if it is to bear the name). The species name in turn is fixed, in theory, to a type specimen.

For example, the type species for the land snail genus Monacha is Helix cartusiana, the name under which the species was first described, known as Monacha cartusiana when placed in the genus Monacha. That genus is currently placed within the family Hygromiidae. The type genus for that family is the genus Hygromia .

The concept of the type species in zoology was introduced by Pierre André Latreille. [5]

In the scientific name of organisms, basionym or basyonym means the original name on which a new name is based; the author citation of the new name should include the authors of the basionym in parentheses. The term "basionym" is used in both botany and zoology. In zoology, alternate terms such as original combination or protonym are sometimes used instead. Bacteriology uses a similar term, basonym, spelled without an i. 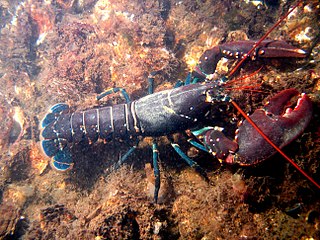 Homarus gammarus, known as the European lobster or common lobster, is a species of clawed lobster from the eastern Atlantic Ocean, Mediterranean Sea and parts of the Black Sea. It is closely related to the American lobster, H. americanus. It may grow to a length of 60 cm (24 in) and a mass of 6 kilograms (13 lb), and bears a conspicuous pair of claws. In life the lobsters are blue, only becoming "lobster red" on cooking. Mating occurs in the summer, producing eggs which are carried by the females for up to a year before hatching into planktonic larvae. Homarus gammarus is a highly esteemed food, and is widely caught using lobster pots, mostly around the British Isles. 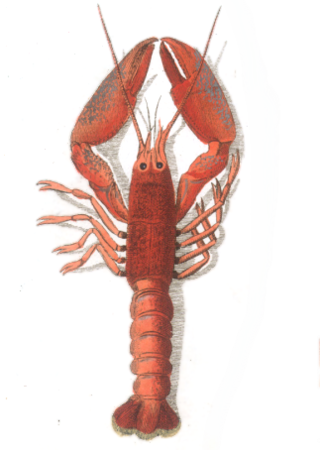 The Cape lobster, Homarinus capensis, is a species of small lobster that lives off the coast of South Africa, from Dassen Island to Haga Haga. Only a few dozen specimens are known, mostly regurgitated by reef-dwelling fish. It lives in rocky reefs, and is thought to lay large eggs that have a short larval phase, or that hatch directly as a juvenile. The species grows to a total length of 10 cm (3.9 in), and resembles a small European or American lobster; it was previously included in the same genus, Homarus, although it is not very closely related to those species, and is now considered to form a separate, monotypic genus – Homarinus. Its closest relatives are the genera Thymops and Thymopides. 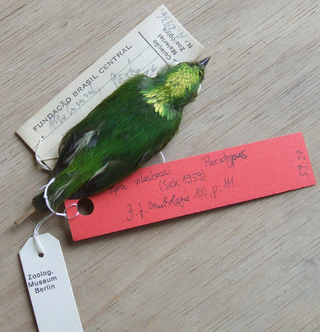 In zoological nomenclature, an available name is a scientific name for a taxon of animals that has been published conforming to all the mandatory provisions of the International Code of Zoological Nomenclature for the establishment of a zoological name.

In zoology, the principle of coordination is one of the guiding principles of the International Code of Zoological Nomenclature.