Udea confinalis is a species of moth in the family Crambidae. [1] It is found in Greece [2] and Syria. [1]

Micromartinia is a genus of moths of the family Crambidae. It contains only one species, Micromartinia mnemusalis, which is found in Costa Rica, Brazil, French Guiana and Venezuela. 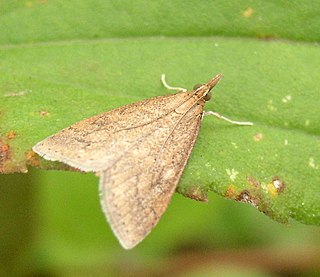 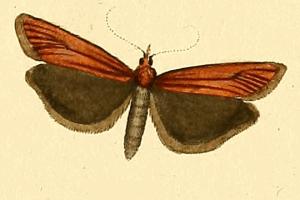 Selagia spadicella is a species of snout moth. It is found in most of Europe, as well as in Turkey and North Africa.