United Methodist Free Churches, sometimes called Free Methodists, was an English nonconformist community in the last half of the 19th century. It was formed in 1857 by the amalgamation of the Wesleyan Association (which had in 1836 largely absorbed the Protestant Methodists of 1828) and the Wesleyan Reformers (dating from 1849, when a number of Methodist ministers were expelled from the Wesleyan Methodist Church on a charge of insubordination).

It merged with the Bible Christian Church and the Methodist New Connexion to form the United Methodist Church in 1907. [1] [2]

The United Methodist Free Churches had sent missionaries and established congregations in various colonies of Australia. These joined with four other Methodist denominations to unite as the Methodist Church of Australasia in 1902. [3]

Methodism, also called the Methodist movement, is a group of historically related denominations of Protestant Christianity which derive their doctrine of practice and belief from the life and teachings of John Wesley. George Whitefield and John's brother Charles Wesley were also significant early leaders in the movement. They were named Methodists for "the methodical way in which they carried out their Christian faith". Methodism originated as a revival movement within the 18th-century Church of England and became a separate denomination after Wesley's death. The movement spread throughout the British Empire, the United States, and beyond because of vigorous missionary work, today claiming approximately 80 million adherents worldwide.

Primitive Methodism was a major movement in English and Welsh Methodism from about 1810 until the Methodist Union in 1932. The denomination emerged from a revival at Mow Cop in Staffordshire. Primitive meant "simple" or "relating to an original stage"; the Primitive Methodists saw themselves as practising a purer form of Christianity, closer to the earliest Methodists. 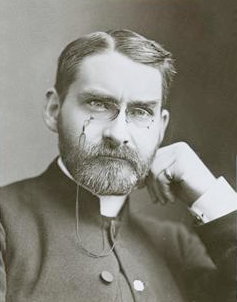 Hugh Price Hughes was a Welsh Protestant clergyman and religious reformer in the Methodist tradition. He served in multiple leadership roles in the Wesleyan Methodist Church. He organised the West London Methodist Mission, a key Methodist organisation today. Recognised as one of the greatest orators of his era, Hughes also founded and edited an influential newspaper, the Methodist Times in 1885. His editorials helped convince Methodists to break their longstanding support for the Conservatives and support the more moralistic Liberal Party, which other Nonconformist Protestants were already supporting.

The Methodist Church of Great Britain is a Protestant Christian denomination in Britain, and the mother church to Methodists worldwide. It participates in the World Methodist Council, the World Council of Churches and other ecumenical associations.

The conservative holiness movement is a loosely defined group of conservative Christian denominations with the majority being Methodists whose teachings are rooted in the theology of John Wesley, and a minority being Quakers (Friends) that emphasize the doctrine of George Fox, as well as River Brethren who emerged out of the Radical Pietist revival. This movement became distinct from other Holiness bodies in the mid-20th century amid disagreements over modesty in dress, entertainment, and other "old holiness standards" reflective of the related emphases on the Wesleyan–Arminian doctrine of outward holiness or the Quaker teaching on the testimony of simplicity or the River Brethren teaching on nonconformity to the world, depending on the denomination. Many denominations identifying with the conservative holiness movement, though not all, are represented in the Interchurch Holiness Convention. 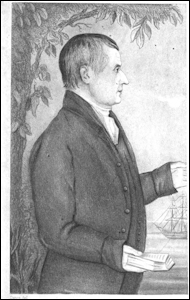 Wesleyan theology, otherwise known as Wesleyan–Arminian theology, or Methodist theology, is a theological tradition in Protestant Christianity that emphasizes the "methods" of the 18th-century evangelical reformer brothers John Wesley and Charles Wesley. More broadly it refers to the theological system inferred from the various sermons, theological treatises, letters, journals, diaries, hymns, and other spiritual writings of the Wesleys and their contemporary coadjutors such as John William Fletcher.