The secession was led by Alexander Kilham and William Thom, and resulted from a dispute regarding the position and rights of the laity. [1] In 1791, Kilham denounced the Methodist conference for giving too much power to the ministers of the church, at the expense of the laity. The Plan of Pacification adopted by the conference in 1795 further entrenched his position, and Kilham was expelled from the conference in 1797.

Kilham formed the New Connexion, based around his church in Sheffield. It thrived, and soon spread across Britain. At its conferences, ministers and laymen were of equal number, the laymen being chosen by the circuits and in some cases by guardian representatives elected for life by conference. [1] Otherwise the doctrines and order of the Connexion were the same as those of the Wesleyans, [1] although some Wesleyans accused Kilham of revolutionary sympathies and links with Tom Paine. [3]

Joseph Barker led an extensive secession from the Connexion after 1841 which resulted from the charismatic Barker's refusal to carry out infant baptism, and the harsh handling of his expulsion by the Connexion leadership. It is reported that 21% of the Connexion's members left during the 1840s. [4]

The Methodist New Connexion entered China in 1860, immediately after the close of the second opium war, and after the signing of the Treaty of Tianjin, which opened China to the Christian missionary. The pioneers of the movement were Revs. John Innocent and W. N. Hall, who established themselves in Tianjin, which was then a pioneer mission field. Hall died of fever in 1878. There were three preaching rooms in the city of Tianjin, one being in the main thoroughfare, and in these daily preaching was kept up. On the English concession there was a large mission establishment, consisting of a training college for native students for the ministry, missionaries houses, and a boarding school for the training of native women and girls in Christian life and work. Rev. J. Robinson-Brown was the principal of the college, and Miss Waller was in charge of the girls school.

The largest mission of this Society was in the north-east portion of the province of Shandong, where about fifty native churches were maintained in an agricultural district extending over about three hundred miles. The headquarters of this circuit were in Chu Chia, Lao-ling district, where were situated the mission houses, and a medical dispensary and hospital. Innocent was the head of this circuit and the hospital was in charge of Drs. W. W. Shrubshall and F. W. Marshall. In this place also is located Rev. J. K. Robson, who had devoted himself to the work of the Mission at his own charges.

Another mission was opened at the Tang-san Collieries, near Kai Ping, in the north of the province of Chih-li. This was under the charge of Rev. F. B. Turner, and rapidly extended, having a church in the ancient city of Yung-ping-fu, near the old wall, and also several rural chapels in the district round Kai Ping.

The work of this Society was chiefly carried on by native agency; a large number of efficient men had been trained and qualified by means of the training college. Several native women were also set apart as Biblewomen to their own sex; one of these, Mrs Hu, had laboured in this capacity for nearly twenty-five years, and was the first such agent ever employed in China. This Mission in 1890 numbered seven missionaries, two medical agents, one lady agent, forty-six native helpers, and six female native helpers. It had over thirteen hundred communicants, and about two hundred and fifty scholars in its day and boarding schools. [5]

Other notable members of the Methodist New Connexion 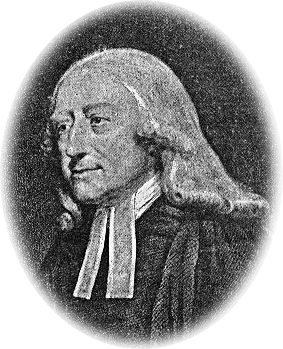 The Free Wesleyan Church of Tonga is a Methodist denomination in Tonga. It is the largest Christian denomination in the nation and is often mistaken to be its state church. It has its roots in the arrival of the first missionaries from the London Missionary Society and the ministry of the Wesleyan Methodist Mission Society, the latter of which cemented its Methodist identity.

Jabez Bunting was an English Wesleyan Methodist leader and the most prominent Methodist after John Wesley's death in 1791.

The Methodist Church of Southern Africa (MCSA) is a large Wesleyan Methodist denomination, with local churches across South Africa, Namibia, Botswana, Lesotho, Swaziland and a more limited presence in Mozambique. It is a member church of the World Methodist Council.

The Evangelical Church of North America (ECNA) is a Wesleyan-Holiness, Protestant Christian denomination headquartered in Clackamas, Oregon. As of 2000, the Church had 12,475 members in 133 local churches. The Church sponsors missionaries in seven countries.

English Wesleyan Mission was a British Methodist missionary society that was involved in sending workers to countries such as New Zealand in the 19th century and China during the late Qing Dynasty.

Jabez Bunting Waterhouse was an English-born Australian Methodist minister and a leading legislator within Methodist conferences.

The organisation of the Methodist Church of Great Britain is based on the principle of connexionalism. This means that British Methodism, from its inception under John Wesley (1703–1791), has always laid strong emphasis on mutual support, in terms of ministry, mission and finance, of one local congregation for another. No singular church community has ever been seen in isolation either from its immediately neighbouring church communities or from the centralised national organisation. Wesley himself journeyed around the country, preaching and establishing local worshipping communities, called "societies", often under lay leadership. Soon these local communities of worshipping Christians formalised their relationships with neighbouring Methodist communities to create "circuits", and the circuits and societies contained within them, were from the very beginning 'connected' to the centre and Methodism's governing body, the annual Conference. Today, societies are better known as local churches, although the concept of a community of worshipping Christians tied to a particular location, and subdivided into smaller cell groups called "classes", remains essentially based on Wesley's societies.

Thomas Allin (1784–1866) was an English ordained minister in the Methodist New Connexion, a breakaway denomination of the Methodist Church, which was established in Hanley, Stoke-on-Trent in 1797. Thomas Allin was born in Shropshire, England, on 10 February 1784. He died on 6 November 1866.

William Bramwell was an English Methodist itinerant preacher who led a successful Christian revival in Yorkshire.

Samuel Warren (1781–1862) was a Wesleyan Methodist minister, who formed a breakaway group of "Warrenites", and in later life was an Anglican priest.