The Vanderbilt Commodores football program represents Vanderbilt University in the sport of American football. The Commodores compete in the Football Bowl Subdivision (FBS) of the National Collegiate Athletic Association (NCAA) and the East Division of the Southeastern Conference (SEC). They are led by head coach Clark Lea. Vanderbilt plays their home games at FirstBank Stadium, located on the university's Nashville, Tennessee campus.

Vanderbilt has a winning percentage of .492, the second lowest among all members in the Southeastern Conference.

Adopting the nickname the Commodores after the 1897 season, the team has played in 1,250 games over 126 seasons. In that time, six coaches have led the Commodores to a postseason bowl appearance: Art Guepe, Steve Sloan, George MacIntyre, Bobby Johnson, James Franklin and Derek Mason. Four have led them to a conference championship: R. G. Acton, W. H. Watkins, James R. Henry, and Dan McGugin. McGugin is the leader in seasons coached and games won, with 198 victories during his 30 years at Vanderbilt. He was awarded two National Championships retroactively by Clyde Berryman.

Of the 29 different head coaches who have led the Commodores, McGugin, [3] Ray Morrison, [4] Red Sanders, [5] and Bill Edwards [6] have been inducted into the College Football Hall of Fame.

Vanderbilt has been affiliated with the following conferences.[ citation needed ]

Vanderbilt has been invited to nine bowl games, with the Commodores garnering a record of 4–4–1 in bowl games.

Having started in 1893, the Georgia-Vanderbilt football series has been played annually since 1968. The two are divisional opponents in the SEC East. The series, which rotates between Nashville, Tennessee, and Athens, Georgia, stands with Georgia leading 60-20–2 through the 2022 season. [19]

Ole Miss is Vanderbilt's cross-divisional rival in the SEC.

Having started in 1896, the Kentucky-Vanderbilt football series has been played annually since 1953. [21] The two are divisional opponents in the SEC East. The series, which rotates between Nashville, Tennessee and Lexington, Kentucky, is led by Kentucky at 48-42–4 with the average score being Vanderbilt 16.9-Kentucky 15.6. [22]

The Commodores first met the Georgia Tech Yellow Jackets in 1892 in Atlanta, Georgia with Vanderbilt winning 20–10. [23] Since 1924, the winning team in the series has received a silver-plated cowbell with the year and final score of each game engraved on it. The trophy was created by Ed F. Cavaleri, who was described by the Atlanta Constitution as “a faithful Georgia Tech supporter though he did not attend the Jacket institution,” according to Georgia Tech's website. Cavaleri purchased a cowbell at an Atlanta hardware store to use as a noise-maker while on his way to a game in 1924. The Commodores defeated Georgia Tech 3–0, however another fan in attendance suggested that Cavaleri award the bell to the winning team. The tradition was born and Cavaleri attended every game between the two teams from 1924 to 1967. [24] The cowbell has a gold plate screwed into each side, with “GEORGIA TECH-VANDERBILT FOOTBALL TROPHY” inscribed at the top. Three columns list the year of each game, Vanderbilt’s points scored and Georgia Tech’s points scored. The results of the games from 1924 to 1967 are engraved on one side; the results from 2002, 2003, 2009 and 2016 are on the other. [25] Vanderbilt is 15–20-3 against Georgia Tech in 38 games. The Commodores lost the last matchup 38–7 in 2016.

Vanderbilt and the Sewanee Tigers were both founding members of the Southern Intercollegiate Athletic Association (SIAA), the Southern Conference, and the Southeastern Conference (SEC). It is the oldest of Vanderbilt's rivalries; [26] dating back to 1891 when Vanderbilt played its second football game. Vanderbilt leads the series 40–8–4. [27] The largest margin of victory was in 1905 when Vanderbilt won 68–4. Usually played towards the end of the season on Thanksgiving Day, the two teams have not met again since 1944 and are unlikely to anytime soon as Sewanee plays in NCAA Division III.

The James Franklin (2011–2013), and Derek Mason (2014-2020) eras saw the introduction of several new combinations- including "blackout” (i.e. all black), and "whiteout" (i.e. all white) uniforms. The team's gold alternate jerseys were also re-designed with the addition of black shoulders and a more muted gold. Eventually, battleship gray was incorporated as well.

The Clark Lea (2021–Present) era has seen a return to traditional gold helmets (note: featuring a modernized “V” logo), black jerseys, and gold pants at home, and gold helmets, white jerseys, and gold (or white) pants on the road. Vanderbilt introduced a new all white ("whiteout") uniform at the start of the 2022 season.

Vanderilt has had seven consensus All-Americans in their history. In 2016, Zach Cunningham became the first unanimous All-American in Vanderbilt's history. [29]

Vanderbilt Commodores personnel, including coaches and players, have received recognition from the Southeastern Conference for their performances on the football field. [28]

Five Vanderbilt players have been awarded Most Valuable Player, with three of them being awarded over a six year span to Commodores.

Offensive Player of the Year

One Vanderbilt player has won Offensive Player of the Year honors.

Freshman of the Year

Two players have won Freshman of the Year while at Vanderbilt.

One Commodore has won Best Blocker, doing so twice.

Five Vanderbilt coaches have won Coach of the Year honors over the past century.

The Vanderbilt Commodores are the intercollegiate athletic teams that represent Vanderbilt University, located in Nashville, Tennessee. Vanderbilt fields 16 varsity teams, 14 of which compete at the National Collegiate Athletic Association (NCAA) Division I level as a member of the Southeastern Conference (SEC). Vanderbilt's women's lacrosse team plays in the American Athletic Conference. The bowling team plays in the Southland Bowling League. The University of Tennessee Volunteers are Vanderbilt's primary athletic rival, and the only other SEC team in Tennessee.

Daniel Earle McGugin was an American football player and coach, as well as a lawyer. He served as the head football coach at Vanderbilt University in Nashville, Tennessee from 1904 to 1917 and again from 1919 to 1934, compiling a record of 197–55–19. He is the winningest head coach in the history of the university. McGugin was inducted into the College Football Hall of Fame as a coach in 1951 as part of its inaugural class. He was the brother-in-law of University of Michigan coach Fielding H. Yost. 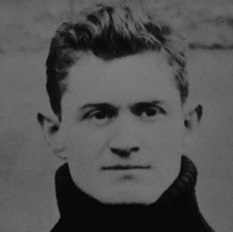 J. Ray Morrison was an American football and baseball player and a coach of football, basketball, and baseball. He served as the head football coach at Southern Methodist University, Vanderbilt University, Temple University (1940–1948), and Austin College (1949–1952), compiling a career college football record of 155–130–33. He was inducted into the College Football Hall of Fame as a coach in 1954.

The 1926 Vanderbilt Commodores football team represented Vanderbilt University during the 1926 college football season. The team's head coach was Dan McGugin, who served his 22nd season as the Commodores' head coach. Commodores had eight wins and lost only one to Alabama, who was named a national champion. Vanderbilt was a member of the Southern Conference, and went 4–1 in conference play. The Commodores played their eight home games at Dudley Field in Nashville, Tennessee. They also played one game in Dallas, Texas vs. Texas and one in Atlanta vs. Georgia Tech. 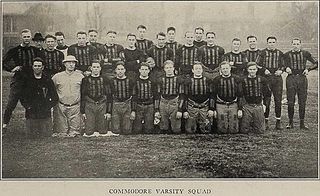 The 1922 Vanderbilt Commodores football team represented Vanderbilt University during the 1922 Southern Conference football season. During the season, Dan McGugin's 18th as head coach, Vanderbilt compiled a record of 8–0–1 and outscored its opponents 177 to 16. The Commodores' defense was unrivaled in the South, leading the nation in giving up just 1.8 points per game, none of them at home. The season included a tie with Michigan at the dedication of the new Dudley Field; the first stadium in the South to be used exclusively for college football. The season was immediately dubbed one of the best in Vanderbilt and Southern football history.

The 1920 Vanderbilt Commodores football team represented Vanderbilt University during the 1920 college football season. The team's head coach was Dan McGugin, who served his 16th season in that capacity. Members of the Southern Intercollegiate Athletic Association (SIAA), the Commodores played five home games in Nashville, Tennessee, and finished the season with a record 4–3–1 and 3–3 in the SIAA. The Commodores outscored their opponents, 134–124.

The Sewanee–Vanderbilt football rivalry was an American college football rivalry between the Sewanee Tigers and Vanderbilt Commodores. They were both founding members of the Southern Intercollegiate Athletic Association (SIAA), the Southern Conference, and the Southeastern Conference (SEC). Both teams' histories feature some powerhouses of early Southern football, e.g. 1899 Sewanee Tigers football team and 1906 Vanderbilt Commodores football team. It was the oldest of Vanderbilt's rivalries; dating back to 1891 when Vanderbilt played its second ever football game and Sewanee played its first. Vanderbilt leads the series 40–8–4. It used to be claimed as the oldest rivalry in the south, older than the "South's Oldest Rivalry" between North Carolina and Virginia. Usually played towards the end of the season on Thanksgiving Day, the two teams have not met again since 1944.

The 1927 Vanderbilt Commodores football team represented Vanderbilt University in the 1927 Southern Conference football season. The 1927 season was Dan McGugin's 23rd year as head coach. Running back Jimmy Armistead led the nation in scoring in 1927 with 138 points. The team's quarterback was Bill Spears. One fellow wrote Vanderbilt produced "almost certainly the legit top Heisman candidate in Spears, if there had been a Heisman Trophy to award in 1927."

Rupert McAdoo "Rupe" Smith was an American football and baseball player from Tennessee. Smith was the leading scorer on Dan McGugin's 1921 Vanderbilt Commodores football team which shared a Southern Intercollegiate Athletic Association (SIAA) title, and was retroactively selected for a national title by Clyde Berryman. Smith had previously played for the Middle Tennessee State football team.

The College Football All-Southern Team was an all-star team of college football players from the Southern United States. The honor was given annually to the best players at their respective positions. It is analogous to the All-America Team and was most often selected in newspapers. Notable pickers of All-Southern teams include John Heisman, Dan McGugin, George C. Marshall, Grantland Rice, W. A. Lambeth, Reynolds Tichenor, Nash Buckingham, Innis Brown, and Dick Jemison.

The 2018–19 Vanderbilt Commodores men's basketball team represented Vanderbilt University in the 2018–19 NCAA Division I men's basketball season. They were coached by Bryce Drew in his third season at Vanderbilt. The Commodores played their home games at Memorial Gymnasium in Nashville, Tennessee as members of the Southeastern Conference. They finished the season 9–23, 0–18 to finish in last place in SEC play. They were the first SEC team to go winless in a season since the 1954 Georgia Tech team, and the first team ever in the 18-game conference schedule. They lost in the first round of the SEC tournament to Texas A&M.

The 2019–20 Vanderbilt Commodores men's basketball team represented Vanderbilt University in the 2019–20 NCAA Division I men's basketball season. They were coached by Jerry Stackhouse in his first season at Vanderbilt. The Commodores played their home games at Memorial Gymnasium in Nashville, Tennessee as members of the Southeastern Conference. They finished the season 11–21, 3–15 in SEC play to finish in last place. They lost in the first round of the SEC tournament to Arkansas.

Wikimedia Commons has media related to Vanderbilt Commodores football .
This page is based on this Wikipedia article
Text is available under the CC BY-SA 4.0 license; additional terms may apply.
Images, videos and audio are available under their respective licenses.