Workington Comets were a speedway club that operated from 1970 to 2018. They were based at Derwent Park Stadium in Workington, Cumbria, which they shared with Workington Town Rugby League Football Club. [3]

The 1987 season saw Glasgow Tigers based at Derwent Park. However the team changed its name to Workington Tigers soon afterwards but held their last fixture against Stoke on 31 July. The team's results were expunged. [6] It was the last season of speedway at Workington for 12 years.

Speedway returned in 1999 as Workington joined the Premier League (division 2). They would spend 20 consecutive years in the division but before their 2018 play off victory their best finish was 2nd in 2004.

At the end of the 2007 season, the club was sold by promoter Tony Mole to businessman Keith Denham. [7] [8] Several riders left for the Birmingham Brummies but Carl Stonehewer and Kauko Nieminen stayed. The club went on to win the Young Shield, Premier League Pairs and Premier League Four-Team Championship during the 2008 season. [9] [10] The Premier League Fours was an event that they had won on three previous occasions, in 2001, 2004 and 2006. [11]

In October 2018, the Comets won the SGB Championship for the first time in their history. [12] In the same month, the Comets made it a treble win with Knockout Cup and Championship Shield victories. [13]

In January 2019, the Comets announced their withdrawal from the SGB Championship and from racing in the 2019 season. [1] [2]

The club's most notable rider was Carl Stonehewer, who still holds the record for the most Comets appearances and remains the only Premier League rider to qualify for the Speedway Grand Prix series.

Kauko 'Kake' Tapio Nieminen is a Finnish former speedway rider who raced for several teams in the UK, Sweden, and Poland, and as part of the Finland national speedway team. 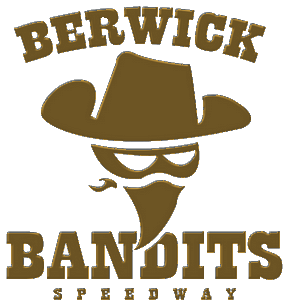 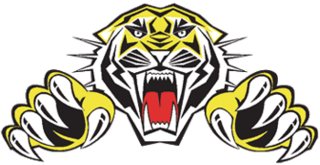 The Sheffield 'Window Centre' Tigers are a motorcycle speedway team based in Sheffield, England. They currently race in the British SGB Premiership, and their home meetings take place at Owlerton Stadium. The Tigers traditionally hold their race nights on Thursdays between March and October. The Tigers are sponsored by the Sheffield Window Centre, promoted by Damien Bates, Peter Mole and Julie Reading.

Glasgow Tigers are a motorcycle speedway team from Glasgow, Scotland. Formed in 1928, the club adopted the Tigers nickname in 1946 and compete in the British SGB Championship. The team race at Ashfield Stadium, the home of Ashfield F.C., and celebrated their 75th anniversary in 2021.

Newcastle Diamonds are a motorcycle speedway team who race in the SGB Championship, every Sunday night during the season (March–October) from their home at the Newcastle Stadium on the Fossway, Byker. The Stadium, previously known as Brough Park, is primarily used for greyhound racing with the speedway track built in the centre.

The Somerset Rebels was a British speedway team based in Highbridge, Somerset. Founded in 2000, the club competed in the British SGB Championship until 2019. Their home track was located at the Oak Tree Arena. 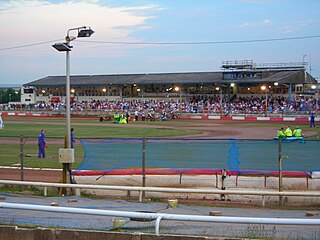 The Eastbourne Eagles are a British speedway team, based at Arlington Stadium, near Eastbourne, England, that race in the SGB Championship. The club also runs a second team, called the Eastbourne Seagulls, who compete in the National League.

The Scunthorpe Scorpions are a speedway team in the British SGB Championship. They have raced at various times since 1972, at three different venues. 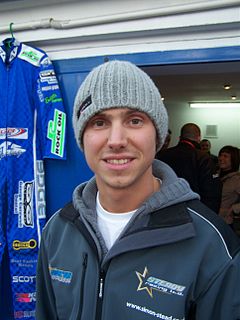