Yugoslavs in Serbia (Serbian : Југословени у Србији, romanized: Jugosloveni u Srbiji) refers to a community in Serbia that view themselves as Yugoslavs with no other ethnic self-identification. Additionally, there are also Serbs, Croats, Montenegrins and people of other ethnicities in Serbia who identify themselves as Yugoslavs. However, the latter group does not consider itself to be part of a Yugoslav nation, which is the way the first group identifies itself. People declaring themselves Yugoslavs are concentrated much more prominently in multicultural Vojvodina. 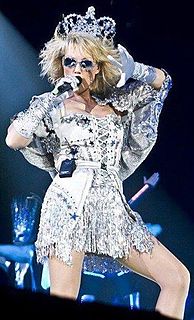 Fahreta Živojinović, known by her stage name Lepa Brena, is a Bosnian-born Serbian and former Yugoslavian pop-folk singer, actress and businesswoman. She is the best-selling female recording artist from the former Yugoslavia. 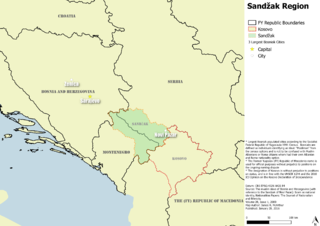 Sandžak or Sanjak, is a historical geo-political region in Serbia and Montenegro. The name Sandžak derives from the Sanjak of Novi Pazar, a former Ottoman administrative district founded in 1865. Serbs refer to the northern part of the region by its medieval name Raška. 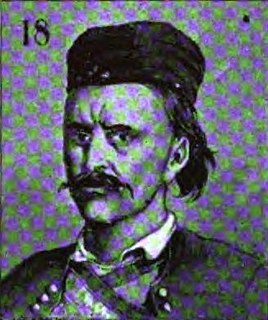 Yugoslavs or Yugoslavians is a designation that was originally designed to refer to a united South Slavic people. It has been used in two connotations, the first in an ethnic or supra-ethnic connotation, and the second as a term for citizens of the former Yugoslavia. Cultural and political advocates of Yugoslav identity have historically ascribed the identity to be applicable to all people of South Slav heritage, including those of modern Bosnia and Herzegovina, Croatia, Montenegro, North Macedonia, Serbia, and Slovenia. Attempts at uniting Bulgaria into Yugoslavia were however unsuccessful and therefore Bulgarians were not included in the panethnic identification.

Turbo-folk is subgenre of contemporary pop music made in the West Balkans, that initially developed during the 1980s and 1990s, with similar music styles in Bulgaria (Chalga), Romania (Manele) and Albania (Tallava). It's a fusion genre of popular music blending Serbian folk music with other genres such as pop, rock, electronic and some hip-hop.

A multinational state is a sovereign state that comprises two or more nations or states. This contrasts a nation state, where a single nation accounts for the bulk of the population. Depending on the definition of "nation", a multinational state might also be multicultural or multilingual.

Novi Bečej is a town and municipality located in the Central Banat District of the autonomous province of Vojvodina, Serbia. The town has a population of 13,133, while Novi Bečej municipality has 23,925 inhabitants.

Oliver Dulić is a Serbian politician, long-time member of Democratic Party, and former President of the National Assembly of Serbia between 2007 and 2008. He also served as Minister of Environment, Mining and Spatial Planning in the Government of Serbia. 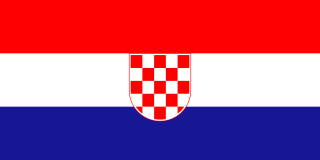 Croats are a recognized national minority in Serbia, a status they received in 2002. According to the 2011 census, there were 57,900 Croats in Serbia or 0.8% of the country's population. Of these, 47,033 lived in Vojvodina, where they formed the fourth largest ethnic group, representing 2.8% of the population. A further 7,752 lived in the national capital Belgrade, with the remaining 3,115 in the rest of the country.

Uđi slobodno... is the fifteenth studio album by pop-folk singer Lepa Brena. It was released 28 June 2008 through the record label Grand Production, after an eight-year hiatus. Marina Tucaković is a complete author of five songs on the album, while the lyrics of the remaining five songs were co-authored with Ljiljana Jorgovanović. Complete atour music and arrangement is Aleksandar Milić Mili. 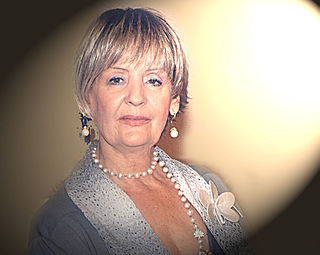 Lepava Mušović, known professionally as Lepa Lukić, is a Serbian folk singer with a career spanning more than five decades. One of her biggest hits is "Srce je moje violina".

The Uđi slobodno Tour was a tour by Serbian singer Lepa Brena, and was staged in support of her fifteenth studio album, Uđi slobodno... (2008). Comprising 47 shows, the tour visited Europe and Australia. It began on November 1, 2008, in Zürich, Switzerland, at the Club Grodoonia and concluded on May 28, 2011, in Düsseldorf, Germany at Club Ambis. This was Brena's returnee tour. For the first time in 20 years she performed in Zagreb, Sarajevo, Banja Luka, Ljubljana and Mostar. It was officially announced in April 2008, with dates for Balkan venues revealed.

The Začarani krug Tour was a tour by Serbian singer Lepa Brena, and was staged in support of her sixteenth studio album, Začarani krug (2011). Comprising 104 shows, the tour visited Europe and North America. It began on October 20, 2011, in Belgrade, Serbia, at the Kombank Arena and concluded on September 29, 2017, in London, England at Troxy. During the tour she held the biggest concert of her career. The concert in Prilep was attended by more than 200,000 people. It was officially announced in May 2011, with dates for Balkan venues revealed. The tour was also included some festival concerts.

Lepa is a feminine given name. Notable people with the name include:

Brena or Breña is a surname. Notable people with the surname include: