Zara Nachke Dikha(English: Show Me Your Dance) is an Indian dance reality show originally aired on STAR One but then aired on STAR Plus. [1] The series debuted on 14 July 2008 and was hosted by Karan Singh Grover and Shweta Gulati. All the contestants have a film or television background. The next season aired two years later on Saturday, 1 May 2010 in India and United States. [2] Consequent episodes are aired Saturday and Sunday evenings.

The show features a variety of Indian cultural and international dance styles ranging across a broad spectrum of classical, contemporary, Bollywood, hip-hop, Break dance jazz, Kalaripayattu, Salsa, Samba and musical theatre styles, amongst others, with many subgenres within these categories represented apart from these dance styles the contestants have performed various extremely dangerous acts such as playing with fire, burning themselves, dance with fire, dancing in the water, breaking glasses with their bodies, etc. and have performed really difficult dance styles such as Shadow Dance, Krumping, Ballet, Tap dancing, Belly dance, etc. Competitors attempt to master these styles in an attempt to survive successive weeks of elimination and win a cash prize (typically Rs 50 Lakh) and often other awards. The show is judged by some of the most popular Indian choreographers and actors, such as Malaika Arora Khan and Chunkey Pandey in the first season and Shilpa Shetty Kundra, Arshad Warsi and Vaibhavi Merchant in the second season. [3]

The program is a reality dance competition show.

The theme of the show is 'The Battle of the Sexes', wherein two teams, the Tez Talwar boys and the Meethi Churi girls compete in a dance competition. Every weekend, there are five rounds, in which the contestants dance it out either solo or in groups. Depending on their performance, they receive points from the two judges. The team with the highest points at the end of a week's wins and gives a dance form to another team and they have to perform the dance form in the khallas round and impress the judges and if the judges are not impressed they are sent to a penalty chair where they cannot perform until their team wins and bring them back. They even have 3 lifelines to bring their contestants back if after one week is over of theirs on penalty bench.

The theme of the show is 'The Battle of the Sexes', wherein two teams, the Mast Kalandar boys and the Massakali girls compete in a dance competition. Unlike the first season this season has eliminations. Every weekend, there are five rounds, in which the contestants dance it out either solo or in groups. Depending on their performance, they receive points from the three judges. The team with the highest points at the end of a week's episodes gets to nominate one contestant from their opponents' team for elimination. This contestant gets an opportunity to save him/her self from elimination in the next episode by impressing the judges with their performance.

Nach Baliye is an Indian celebrity reality television series that airs on Star Plus.

Jhalak Dikhhla Jaa is a reality television show and the Indian version of BBC's Strictly Come Dancing and Dancing with the Stars.

You Can Dance: Po prostu tańcz! is a televised Polish dance competition with a format based on the American show So You Think You Can Dance. Dancers compete to win PLN 100,000, and a 3-month scholarship in dance school Broadway Dance Center and International Dance Academy in Los Angeles from season 7 on. The winners to date are : Maciek "Gleba" Florek, Artur Cieciórski, Wiola Fiuk, Ania Kapera, Jakub Jóżwiak, Dominik Olechowski, Brian Poniatowski, Mateusz Sobecko and Stefano Silvino.

Dance India Dance is an Indian dance competition reality television series that airs on Zee TV, created and produced by Essel Vision Productions. It premiered on 30 January 2009. Here the judges are called Masters and Mithun Chakraborty was called Grand Master . Season 7 premiered with a different concept.

So You Think You Can Dance is a United States television reality program and dance competition airing on the Fox Broadcasting Company network. Season five premiered on May 21, 2009, with Nigel Lythgoe and Mary Murphy returning as permanent judges and Cat Deeley returning to host. Jeanine Mason was crowned America's Favorite Dancer on August 6, 2009, making her the second female to win the show. For the first time, the show moved to a new stage, but it turned out to be the last season at CBS Studios.

Sanaya Irani is an Indian television actress. She is known for playing Gunjan in Miley Jab Hum Tum, Khushi in Iss Pyaar Ko Kya Naam Doon? and Parvati in Rangrasiya. In 2015, she participated in the eight season of Jhalak Dikhhla Jaa and emerged as the first runner up. She later participated in Nach Baliye in 2017 with her partner Mohit Sehgal and won the third place.

Karan Kundra is an Indian film and television actor best known for the role of Arjun Punj in Ekta Kapoor's Kitani Mohabbat Hai that aired on NDTV Imagine. He hosted three seasons of Kapoor's crime show Gumrah: End of Innocence on Channel V. He was also a 'Gang Leader' in MTV Roadies X2 and X4. He was replaced by Nikhil Chinapa in Roadies Rising as he had to quit it due to movie commitments. He played a significant role as NRI Manpreet Sandhu in director Anees Bazmee's comic movie Mubarakan and was last seen as Rithwik Noon in Kapoor's drama series Dil Hi Toh Hai that aired on Sony TV and online OTT platform ALT Balaji.

Mohit Sehgal is an Indian television actor who has starred in the television shows such as Miley Jab Hum Tum, Qubool Hai, Sarojini - Ek Nayi Pehal and Love Ka Hai Intezaar. He married Sanaya Irani in 2016.

Just Dance is an Indian television dance-reality series on Star Plus. The series is judged by well-known Bollywood film actor Hrithik Roshan along with choreographer Vaibhavi Merchant and film director Farah Khan. Hrithik Roshan rehearsed for 5 hours a day for 5 days to shoot for the promotional video of the series, which is choreographed by shows judge, Vaibhavi Merchant. It premiered on 18 June 2011 at 9 PM in India and aired every Saturday and Sunday until 1 October 2011. 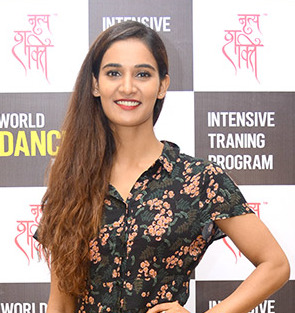 Mukti Mohan is a contemporary dancer from India. She participated in Star One's dance reality show Zara Nachke Dikha. She was part of the winning team "Masakkali Girls". She also appeared in the comedy show Comedy Circus Ka Jadoo on Sony Entertainment Television, with Kapil Sharma as her comedy partner, replacing Kavita. Recently she featured in Coke Studio season 4 video of the song "Teriyaan Tu Jaane", by Amit Trivedi. She has hosted the second season of Dil Hai Hindustani along with Raghav Juyal. She has also participated in the Jhalak Dikhla Jaa wild card entry. Mohan has also appeared in the films Blood Brothers, Saheb, Biwi Aur Gangster, Hate Story and Daruvu. Currently, she is appearing in a YouTube web series Inmates of the popular YouTube channel TVF. She also appears on Nach Baliye 7. The Indian play back singer Neeti Mohan and dancer Shakti Mohan are her elder sisters.

So You Think You Can Dance, an American television dance competition, returned for its ninth season on May 24, 2012 on FOX Television. Fox and series creator Nigel Lythgoe have each independently confirmed that the weekly results show, a staple of the series in seasons 2–8, has been cut from the show format and that only one episode will air each week for the show's ninth season. This season has marked three firsts in the series history: this season had two winners, as opposed to the single winner format used in previous seasons, a contemporary dancer was not amongst the contestants remaining in the competition in the finale, and lastly, a ballet dancer is the winner of the competition. 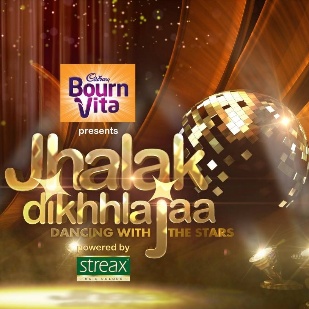 Jhalak Dikhhla Jaa 5 is the fifth season of the dance reality show, Jhalak Dikhhla Jaa. It premiered on June 16, 2012 on Colors and concluded on September 30, 2012. The series was hosted by Manish Paul and Ragini Khanna. 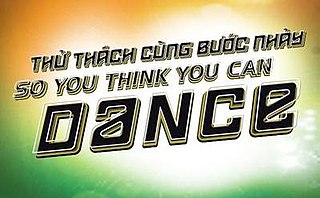 Thử thách cùng bước nhảy: So You Think You Can Dance is a Vietnamese televised dance competition and an entry in the international So You Think You Can Dance television franchise. The show is produced by Dong Tay Promotion Company and Endemol Shine Group under licence from 19 Entertainment, Dick Clark Productions and Conrad Sewell Productions and begins broadcasting its first season on September 15, 2012. Chí Anh from the local Dancing with the Stars is set to be a permanent judge, with additional permanent judges yet to be announced. Guest judges include Ngô Thanh Vân, broadway staff John Huy Trần, choreographer Trần Ly Ly, B-boy Việt Max, and MC Thanh Bạch. The show's winner will receive 400 million đồng and a choice between several career advancement opportunities.

Česko Slovenská SuperStar is the joint Czech-Slovak version of Idol series' Pop Idol merged from Česko hledá SuperStar and Slovensko hľadá SuperStar which previous to that had three individual seasons each. The second season premiered in February 2011 with castings held in Prague, Brno, Bratislava and Košice. It is broadcast on two channels: «TV Nova» and «Markíza» (Slovakia) which have also been the broadcast stations for the individual seasons. Also both hosts have been their hosts countries before as have been three out of the four judges. To legitimate a fair chance for each country's contestants to reach the final, twelve of the contestants will compete split into genders and nationalities in the semifinals, guaranteeing a 50% share for each country in the top 12.

Česko Slovenská SuperStar is the joint Czech-Slovak version of Idol series' Pop Idol merged from Česko hledá SuperStar and Slovensko hľadá SuperStar which previous to that had three individual seasons each. The first season premiered in September 2009 with castings held in Prague, Brno, Bratislava and Košice. It is broadcast on two channels: «TV Nova» and «Markíza» (Slovakia) which have also been the broadcast stations for the individual seasons. Also both hosts have been their hosts countries before as have been three out of the four judges. To legitimate a fair chance for each country's contestants to reach the final, twelve of the contestants will compete split into genders and nationalities in the semifinals, guaranteeing a 50% share for each country in the top 12.

Jhalak Dikhhla Jaa 6 is the sixth season of the dance reality show, Jhalak Dikhhla Jaa. It premiered on 1 June 2013 on Colors. The season was hosted by Manish Paul and Kapil Sharma. Madhuri Dixit, Karan Johar and Remo D'Souza were the three judges. The finale took place on 14 September 2013 and was won by Drashti Dhami with Salman Yusuff Khan, Lauren Gottlieb and Punit Pathak became the runner-up.

MTV Love School is an Indian youth based non reality show which premiered on 5 December 2015, and airs on MTV India. 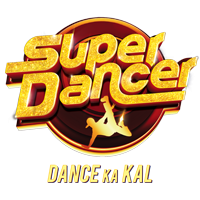 So You Think You Can Dance: The Next Generation is the 13th season of So You Think You Can Dance, an American dance competition show. The show premiered on Monday, May 30, 2016 in a new format featuring dancers between ages 8 to 13 at the time of their auditions. The season was broadcast on Fox in the United States, one show each week on Mondays, as it was the previous season. The top prize remained $250,000, and Cat Deeley continued as host.

World of Dance is an American reality competition television series executive produced by Jennifer Lopez. The first two seasons were hosted by Jenna Dewan. The third season saw a change in hosts, as Scott Evans hosted season three and four. The series features dance performers, including solo acts and larger groups, representing any style of dance, competing for a grand prize of $1 million. The contestants are scored by judges Jennifer Lopez, Ne-Yo, and Derek Hough.