The 2008 Wigan Warriors season saw the club compete in Super League XIII as well as the 2008 Challenge Cup tournament.

Wigan will be looking to continue their return to the top of Super League after finishing 6th in 2007. During 2008 Wigan will continue to rebuild their squad under coach Brian Noble but they will have a new owner and chairman in Ian Lenagan from 1 December 2007 after Maurice Lindsay retired and Dave Whelan decided to sell the club.

The London Broncos are the only professional rugby league club in the south of England. Most recently the club have played at the Trailfinders Sports Ground in Ealing but since December 2020 they have been in negotiations to play at Plough Lane in Wimbledon, London, as tenants of EFL League One football club AFC Wimbledon. While negotiations about the use of Plough Lane continue the team will play its fixtures at Rosslyn Park F.C.'s ground - The Rock, in Roehampton. 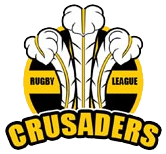 David Whelan is an English former footballer. During his football career, he played for Blackburn Rovers and Crewe Alexandra. Whelan is the former owner of Football League Championship club Wigan Athletic, having also been the chairman of the club for twenty years, before passing the position over to his grandson, David Sharpe, who eventually passed the ownership over to International Entertainment Corporation. 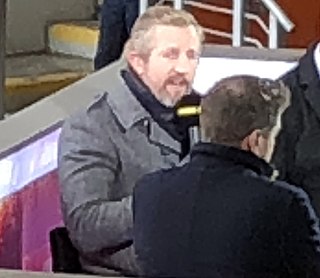 Ian Lenagan is a business entrepreneur, theatre producer and shareholder of London Broncos, chairman and owner of Wigan Warriors, and former owner of Oxford United F.C. In 2016 he was appointed Chairman of the Football League.

This article is about the 2006 season of the Wigan Warriors in the Super League and Challenge Cup.

Maurice Lindsay is the former chairman of Preston North End F.C. and of Wigan Warriors R.L.F.C. and had two stints at the club after being one of the 'Gang of Four' directors that used to run the club when it domininated the league in the 1980s.

This article is about the 2007 season of the Wigan Warriors in the Super League and Challenge Cup.

Brian David Noble MBE, also known by the nickname of "Nobby", is an English rugby league coach and former rugby league footballer. As a footballer, Noble was a Great Britain representative hooker, but is best known for his coaching career, during which he coached the Bradford Bulls, the Wigan Warriors, the Crusaders RL and the Salford Red Devils in the Super League, and the Great Britain national team. He was the first coach to win three Super League Grand Finals, and is one of only two coaches to have achieved that feat along with Brian McDermott. He was formerly the Director of Rugby for the Toronto Wolfpack, and also works as a pundit for BBC Sport. 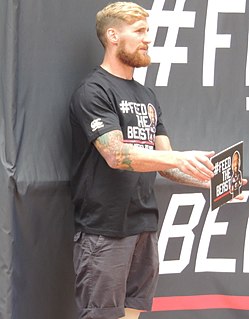 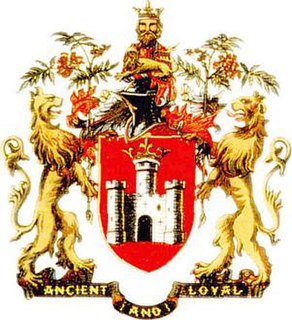 Crusaders Rugby League enter their 5th year of rugby league, their 2nd in professional rugby league, in 2010. Additionally, this will be their first known as Crusaders Rugby League after previously being known as Celtic Crusaders, and their first year playing away from Brewery Field, Bridgend, moving to Wrexham's Racecourse Ground. They will be in contention for the Super League, in its 15th season and the 2010 Challenge Cup.