Last updated September 12, 2022
British judge
This article is about the Senator of the College of Justice. For the British journalist, broadcaster, political aide, and author, see Alastair Campbell.

Campbell was born on 18 September 1949 [2] in Skye,Scotland,to Rev. Donald Campbell and Margaret Campbell. His family moved to Edinburgh when he was two years old,where he was brought up. He was educated at George Watson's College,and took an MA at the University of Aberdeen. [2] He worked as an English teacher at the Vale of Leven Academy in Dumbartonshire during 1973–75,before returning to university to study law at the University of Strathclyde. [2]

Campbell was admitted as a solicitor in 1979 [3] and entered the Crown Office and Procurator Fiscal Service as a prosecutor. He was admitted to the Faculty of Advocates in 1985, [1] [2] called to the English Bar at the Inner Temple in 1990,and served as an Advocate Depute from 1990 until 1993. In 1995,he became a Queen's Counsel and Standing Junior Counsel to HM Customs and Excise. He was a member of the Criminal Justice Forum from 1996 to 1997,the Scottish Criminal Rules Council from 1996 to 1998,and of Criminal Injuries Compensation Board in 1997. In 1997 he was appointed Home Advocate Depute (Scotland's senior prosecutor) and remained in this post until 2001.

Campbell was senior counsel for the Crown (prosecutor) in the trial over the Lockerbie bombing at the Scottish Court in the Netherlands,under former Lord Advocate Lord Boyd of Duncansby,and alongside Alan Turnbull,also now a judge. Libyan intelligence officer Abdelbaset al-Megrahi was found guilty of the 270 murders,and was sentenced to life imprisonment in 2001. The conviction,though controversial,was upheld on appeal and the successful prosecution brought Campbell international prominence.

In 2003,Campbell was appointed a Senator of the College of Justice,a Judge of the Court of Session and High Court of Justiciary,taking the judicial title "Lord Bracadale". Bracadale is a village on the Isle of Skye. Lord Bracadale has presided over some of the most high-profile and controversial criminal trials in recent Scottish history.

In 2010,he was the judge in HM Advocate v Sheridan and Sheridan .

In 2012,he twice presided over murder trials which resulted in convictions despite the absence of a body. In the first of these, HMA v Gilroy ,television cameras were allowed into the High Court in Edinburgh to record the sentencing of the convicted,David Gilroy. This marked the first time in the United Kingdom that a murder sentence was filmed for same day broadcast. [4] The second case was the retrial of Nat Fraser for the murder of Arlene Fraser,his wife,following the quashing of his original conviction as a result of the Supreme Court's decision in Fraser v HM Advocate . [5] This too was filmed,and the resultant two-hour documentary The Murder Trial (shown on Channel 4 on 9 July 2013) included interviews with participants,including Lord Bracadale. [6]

Bracadale took up an appointment to the Inner House on 1 March 2013. [7] He has consequently been appointed,by Her Majesty the Queen,to the Privy Council. [8] He retired as a judge in 2017. [9] 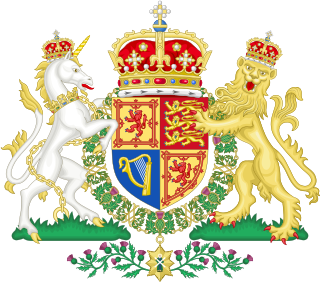 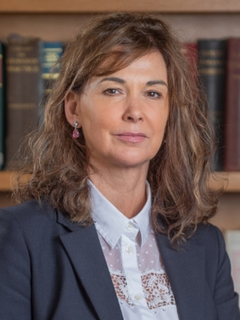 His Majesty's Advocate,known as the Lord Advocate,is the chief legal officer of the Scottish Government and the Crown in Scotland for both civil and criminal matters that fall within the devolved powers of the Scottish Parliament. They are the chief public prosecutor for Scotland and all prosecutions on indictment are conducted by the Crown Office and Procurator Fiscal Service in the Lord Advocate's name on behalf of the Monarch. 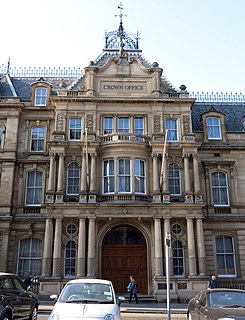 The Crown Office and Procurator Fiscal Service is the independent public prosecution service for Scotland,and is a Ministerial Department of the Scottish Government. The department is headed by His Majesty's Lord Advocate,who under the Scottish legal system is responsible for prosecution,along with the area procurators fiscal. In Scotland,virtually all prosecution of criminal offences is undertaken by the Crown. Private prosecutions are extremely rare.

Colin Boyd,Baron Boyd of Duncansby,is a Scottish judge who has been a Senator of the College of Justice since June 2012. He was Lord Advocate for Scotland from 24 February 2000 until his resignation on 4 October 2006. On 11 April 2006,Downing Street announced that Colin Boyd would take a seat as a crossbench life peer;however,he took the Labour whip after resigning as Lord Advocate. He was formally introduced in the House of Lords on 3 July 2006. On the day SNP leader Alex Salmond was elected First Minister of Scotland,it was reported that Boyd was quitting the Scottish Bar to become a part-time consultant with public law solicitors,Dundas &Wilson. He told the Glasgow Herald,"This is a first. I don't think a Lord Advocate has ever done this—left the Bar and become a solicitor." 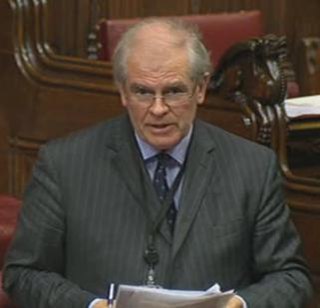 Donald Sage Mackay,Baron Mackay of Drumadoon,PC,QC was a British judge of the Supreme Courts of Scotland,and a Lord Advocate,the country's senior Law Officer. He was also one of five additional Lords of Appeal in the House of Lords,where he sat as a crossbencher.

Andrew Rutherford Hardie,Baron Hardie,PC,KC is a former Senator of the College of Justice,a judge of the Supreme Courts of Scotland,and a former Lord Advocate,the country's senior Law Officer. He led the prosecution team in the preparation of the original Lockerbie bombing trial,but resigned as Lord Advocate shortly before the trial commenced in 2000.

James Arthur David Hope,Baron Hope of Craighead,is a retired Scottish judge who served as the first Deputy President of the Supreme Court of the United Kingdom from 2009 until his retirement in 2013,having previously been the Second Senior Lord of Appeal in Ordinary. He served as Convenor of the Crossbench peers in the House of Lords from 2015 to 2019.

The Pan Am Flight 103 bombing trial began on 3 May 2000,11 years,4 months and 13 days after the destruction of Pan Am Flight 103 on 21 December 1988. The 36-week bench trial took place at a specially convened Scottish Court in the Netherlands set up under Scots law and held at a disused United States Air Force base called Camp Zeist near Utrecht.

John Alastair Cameron,Lord Abernethy is a Scottish lawyer,and a former Senator of the College of Justice,a judge of the country's Supreme Courts,serving from 1992 to 2007,when he retired. He was a member of the English Bar before moving to the Scottish Faculty of Advocates,where he served as vice-dean from 1983 to 1992.

Arthur Campbell Hamilton,Lord Hamilton,,is a Scottish judge and served as Lord Justice General and Lord President of the Court of Session from November 2005 until 8 June 2012,succeeding Lord Cullen. 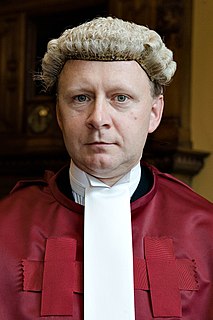 Alan Turnbull,Lord Turnbull is a Scottish lawyer,and a Senator of the College of Justice,a judge of the country's Supreme Courts. He was one of the lead prosecutors in the Pan Am Flight 103 bombing trial.

Francis Mulholland,Lord Mulholland,is a Scottish judge who has been a Senator of the College of Justice since 2016. He previously served from 2011 to 2016 as Lord Advocate,one of the Great Officers of State of Scotland and the country's chief Law Officer,and as Solicitor General,the junior Law Officer.

Arlene Fraser was a 33-year-old woman from Elgin in Moray,Scotland,who vanished from her home on 28 April 1998 after her two children went to school. No trace of her was ever found,but her husband was convicted of her murder,upheld on appeal.

The World's End Murders is the colloquial name given to the murder of two girls,Christine Eadie,17,and Helen Scott,17,in Edinburgh,in October 1977. The case is so named because both victims were last seen alive leaving The World's End pub in Edinburgh's Old Town. The only person to stand trial accused of the murders,Angus Sinclair,was acquitted in 2007 in controversial circumstances. Following the amendment of the law of double jeopardy,which would have prevented his retrial,Sinclair was retried in October 2014 and convicted of both murders on 14 November 2014. He was sentenced to life imprisonment with a minimum term of 37 years,the longest sentence by a Scottish court,meaning he would have been 106 years old when he was eligible for a potential release on parole. He died at HM Prison Glenochil aged 73 on 11 March 2019. Coincidentally,he died on the same day the BBC's Crimewatch Roadshow programme profiled the murders.

Hugh Matthews,Lord Matthews is a Senator of the College of Justice,a judge of Scotland's Supreme Courts.

Colin John MacLean Sutherland,Lord Carloway,is a Scottish advocate and judge who has served as the Lord President of the Court of Session and Lord Justice General since 2015. He was previously Lord Justice Clerk from 2012 to 2015 and has been a Senator of the College of Justice since 2000.

Duncan Adam Young Menzies,Lord Menzies,is a judge of the Supreme Courts of Scotland. He was appointed to the Outer House of the Court of Session in 2001,and the Inner House in 2012.

Suzanne Pilley was a 38-year-old British bookkeeper from Edinburgh,Scotland,who went missing on the morning of 4 May 2010. Following a highly publicised appeal for information on her whereabouts and intensive police enquiries,her former lover,David Gilroy,was arrested and charged with her murder. He was found guilty by majority verdict on 15 March 2012 and sentenced to life imprisonment. The judge ordered him to serve a minimum of 18 years in prison. The case is controversial because the prosecution obtained a murder conviction without a body. The body of Suzanne Pilley has never been found.