Returning from a cricket match in Ireland, Peter Weston (Sinden), an Englishman, is left with a pet alligator by another passenger who abandons it to him. Horrified, his first instinct is to get rid of it as soon as possible. However, he soon develops a bond with Moira (Carson), a young Irishwoman, which appears to be centred almost entirely around the animal. He soon discovers that Daisy is very tame and domesticated, and seems to be the way to Moira's heart.

Once back in London, Weston struggles to keep Daisy under control – as she upsets his family, loses him his job at a department store and imperils his relationship with his fiancée Vanessa (Dors). He plans to get rid of Daisy, but the police and a pet shop refuse to take her so he abandons her in Regent's Park, later returning with a sense of guilt to rescue her. Owing to a mix-up, Daisy is packed along with the rest of his luggage and accompanies him to his prospective father-in-law's country house. There, Daisy escapes and causes mayhem, while the arrival of Moira's "husband" produces a surprising outcome for all of them.

The film was based on a novel published in 1954. [4] Film rights were bought by Raymond Stross in November 1954. He wanted Diana Dors, Janette Scott and Kenneth Moore to star. [5]

The TV Guide wrote, "This very funny film has an excellent supporting cast." [9] The New York Times found that despite "a curiously cute bit by Margaret Rutherford, as a pet-shop owner who talks to the animals in their own "language."...the joke wears thin." [10] 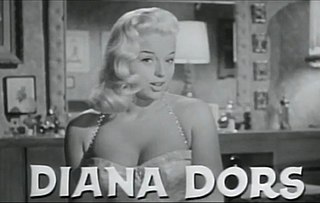 Diana Dors was an English film and television actress and singer.

Jeannie Carson is a retired English-born comedian, actress, singer and dancer. She has a star on the Hollywood Walk of Fame. 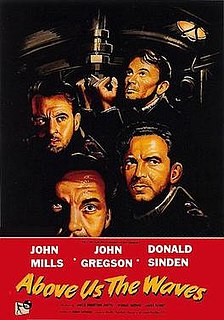 Wilfred William Dennis Shine was a British theatre, film and television actor. Shine was born into a family of theatre actors; among others, Shine's father, mother, grandmother, two uncles and an aunt had worked in theatre. His father Wilfred Shine was a theatre actor who also appeared in films during the 1920s and the 1930s. Bill Shine made his film debut in 1929, since which he appeared in over 160 films and television series. Towards the end of his career, he was best known for playing Inventor Black on children's television series Super Gran. 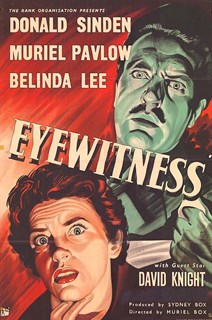 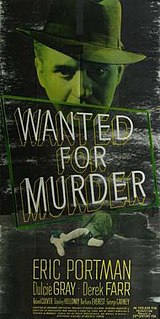 Meet Me at Dawn is a 1947 British romantic comedy film directed by Peter Creswell and Thornton Freeland and starring William Eythe, Stanley Holloway and Hazel Court. The screenplay concerns a very skilled pistol shot who hires himself out to fight and duels in early twentieth century Paris. 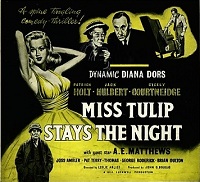 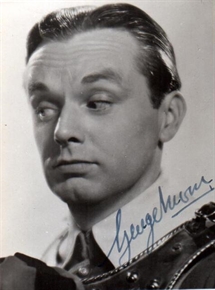 George Moon was an English stage, film and television actor.