The 1852 United States presidential election was the 17th quadrennial presidential election, held on Tuesday, November 2, 1852. Democrat Franklin Pierce, a former Senator from New Hampshire, defeated General Winfield Scott, the Whig nominee. This was the last election in which the Whigs served as the principal opposition to the Democrats.

William Luther Pierce III was an American white supremacist, neo-Nazi, antisemitic author and political commentator. For more than 30 years, he was one of the highest profile individuals of the white nationalist movement. A physicist by profession, he was author of the novels The Turner Diaries and Hunter under the pseudonym Andrew Macdonald. The former has inspired multiple hate crimes and the 1995 Oklahoma City bombing. Pierce founded the National Alliance, a white nationalist organization, which he led for almost thirty years.

Lewis Cass was an American military officer, politician, and statesman. He represented Michigan in the United States Senate and served in the Cabinets of two U.S. Presidents, Andrew Jackson and James Buchanan. He was also the 1848 Democratic presidential nominee and a leading spokesman for the Doctrine of Popular Sovereignty, which held that the white people in each territory should decide whether to permit slavery. 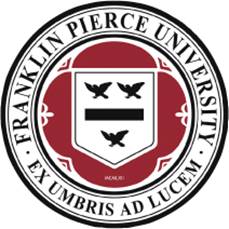 Isaac Edwin Crary was an American politician. He was the first elected U.S. Representative from the state of Michigan.

William S. Peirce was the Libertarian Party of Ohio candidate for Ohio Governor in the November 7, 2006 election. On November 12, 2005, the party made its endorsement of Peirce official.

Pierce Township is one of the fourteen townships of Clermont County, Ohio, United States. The 2010 census reported 14,349 people living in the township, 10,968 of whom were in the unincorporated portions of the township. 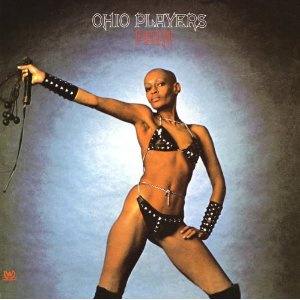 Pain is the second studio album by The Ohio Players, and their debut for the Westbound label.

The 1888 Democratic National Convention was a nominating convention held June 5 to 7, 1888, in the St. Louis Exposition and Music Hall in St. Louis, Missouri. It nominated President Grover Cleveland for reelection and former Senator Allen G. Thurman of Ohio for vice president. 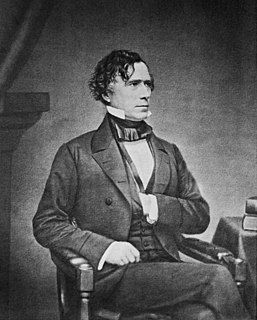 Franklin Pierce was the 14th president of the United States (1853–1857), a northern Democrat who saw the abolitionist movement as a fundamental threat to the unity of the nation. He alienated anti-slavery groups by supporting and signing the Kansas–Nebraska Act and enforcing the Fugitive Slave Act, yet he failed to stem conflict between North and South, setting the stage for Southern secession and the American Civil War.

The 2001 Cleveland mayoral election took place on November 6, 2001, to elect the Mayor of Cleveland, Ohio. The election was officially nonpartisan, with the top two candidates from the October 2 primary advancing to the general election, regardless of party. 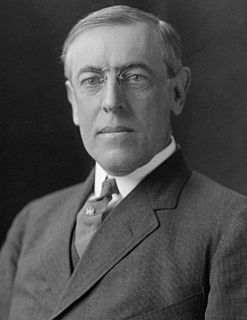 The 1916 United States presidential election in Ohio was held on November 7, 1916. State voters chose 24 electors to the Electoral College, who voted for president and vice president.