Anton Schwartz (born July 16, 1967) is an American jazz saxophonist and composer based in Seattle, Washington and Oakland, California.

Anton Schwartz was born and raised in New York City, the son of Tony Schwartz, the audio documentarian and media theorist, and Reenah Lurie Schwartz. He attended The Dalton School, during which time he studied jazz privately with Warne Marsh and Eddie Daniels, [1] and studied advanced mathematics at New York University and Columbia University. He earned his Bachelor's, Phi Beta Kappa, in Mathematics and Philosophy at Harvard University in 1989, [2] whereupon he entered the Doctoral program in Computer Science at Stanford University on a National Science Foundation Fellowship. [3] There he pursued research in artificial Intelligence, specializing in reinforcement learning. [4] He left the program to become a full-time musician, but not before earning a Master of Science degree along the way.

Schwartz performs periodically at Yoshi's. One such performance was broadcast nationally in the U.S. as an hourlong episode of NPR's JazzSet. [17]

Recent performances by Schwartz include an hourlong concert of unaccompanied saxophone for the 2013 San Francisco Jazz Festival [18] and as a soloist with the Boston Pops Orchestra at Boston Symphony Hall (2014). [19]

In 2019, Schwartz released Random Roots, a music learning app that utilizes skill acquisition techniques such as varied practice, the spacing effect, the testing effect, context dependency, illusions of mastery and the generation effect. In 2013, he described the practice methodology that inspired the Random Roots app in a blog post of the same name.

Schwartz is a faculty member of the California Jazz Conservatory in Berkeley, California, [20] has taught frequently at The Stanford Jazz Workshop, and has been Artist-In-Residence at Harvard University [21] and The Brubeck Institute. [22] [23]

Roberta Gambarini is a jazz singer from Italy. 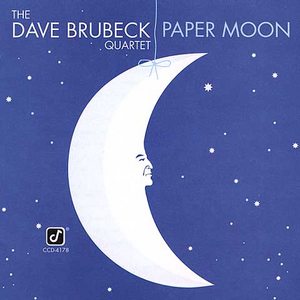 Paper Moon was recorded by the Dave Brubeck Quartet at Coast Recorders in San Francisco, California. The record was released in September 1981 by Concord Jazz, a subsidiary of Concord Records. It was produced by Russell Gloyd and engineered by Ron Davis and Phil Edwards. On this recording, pianist Dave Brubeck is accompanied by his son Chris Brubeck on the bass and bass trombone, with Jerry Bergonzi on tenor sax and Randy Jones on the drums. Paper Moon is Brubeck's third of three Concord recordings featuring this permutation of the Dave Brubeck Quartet; jazz commentator Scott Yanow referred to the album as the "most rewarding of the trio".

This is a timeline documenting events of Jazz in the year 1979. 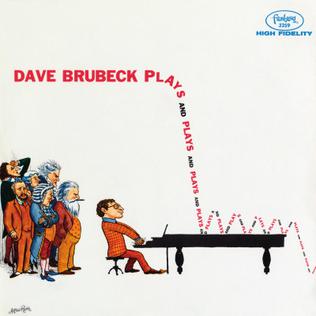 Plays and Plays and... is a jazz album by pianist Dave Brubeck. It's Brubeck's second solo piano album. It was originally released on Fantasy Records in 1957. The cover artwork was created by Arnold Roth.

Jazz at Oberlin is a live album by the Dave Brubeck Quartet. It was recorded in the Finney Chapel at Oberlin College in March 1953, and released on Fantasy Records as F 3245. The Fantasy Records album back cover states that drummer Lloyd Davis had a 103-degree fever during the performance.

The California Jazz Conservatory, formerly known as the Jazzschool, is a privately owned non-profit music school for jazz students in Berkeley, California. Founded in 1997, the school won accreditation as a conservatory in early 2014. 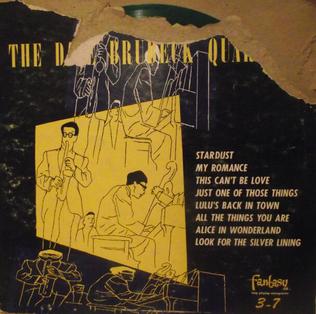 Radiant Blue is the fourth album by jazz saxophonist and composer Anton Schwartz, released in 2006. It garnered a cover story in JazzWeek Magazine, a feature article in the San Francisco Chronicle, received strong reviews and hit number four on the U.S. jazz radio charts.

Progression: The Art of the Trio, Vol. 5 is a live album by American pianist and composer Brad Mehldau released on the Warner Bros. label in 2001.

Flash Mob is the fifth album by jazz saxophonist and composer Anton Schwartz on his own Antonjazz label, released in 2014. It received limited press including a feature article in the San Francisco Chronicle an artist profile in DownBeat magazine and a feature story on NPR's Morning Edition as well as positive reviews and a long run on the Jazz Radio Top 10. 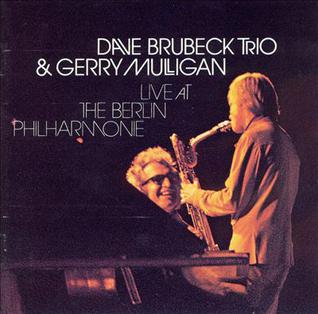 Bravo! Brubeck! is a 1967 live album by Dave Brubeck and his quartet, recorded during their tour of Mexico. The quartet were augmented by Chamin Correa on guitar, and the bongo and conga player Salvatore Agueros. It was released in 1967.

Park Avenue South is 2003 live album by pianist Dave Brubeck and his quartet. The album was recorded over two nights in a branch of Starbucks in Manhattan.

Rachel Flowers is an American multi-instrumentalist and composer.