The Bishop of Chur (German: Bischof von Chur) is the ordinary of the Roman Catholic Diocese of Chur, Grisons, Switzerland (Latin: Dioecesis Curiensis). [1] [2]

A Bishop of Chur is first mentioned in 451/452 when Asinius attended the Synod of Milan, [3] but probably existed a century earlier. According to local tradition, the first Bishop of Chur was Saint Lucius, who is said to have died a martyr at Chur about the year 176, and whose relics are preserved in the cathedral. In the 7th century the bishopric acquired several territories south to the Lake of Constance. The see was at first suffragan to the archbishop of Milan, but after the treaty of Verdun (843) it became suffragan to Mainz. In 958 Holy Roman Emperor Otto I gave the bishopric to his vassal Hartpert with numerous privileges including control over the Septimer Pass, at the time the main pass through the central Alps. These concessions strengthened the bishopric's temporal power and later it became a princedom within the Holy Roman Empire.

At the time of the Hohenstaufen emperors in the 12th to early 13th centuries, some bishops of Chur were appointed by the emperor, which for a period led to existence of two bishops at the same time, the other being appointed by the pope. In the 14th century bishop Siegfried von Gelnhausen acquired the imperial diocese of Chur from the Barons Von Vaz and represented emperor Henry VII in Italy.

In 1803 the see became immediately subject to the Holy See. Until 1997, the Roman Catholic Archdiocese of Vaduz had been part of the diocese of Chur. As of May 20, 2019, the position of is vacant, though Pierre Bürcher runs the Diocese as apostolic administrator. [4] [5] 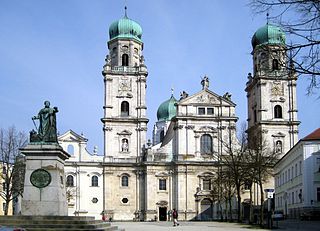 The Diocese of Passau is a Roman Catholic diocese in Germany that is a suffragan of the Archdiocese of Munich and Freising. Though similar in name to the Prince-Bishopric of Passau—an ecclesiastical principality that existed for centuries until it was secularized in 1803—the two are entirely different entities. The diocese covers an area of 5,442 km².

The Bishop of Speyer is the Ordinary of the Roman Catholic Diocese of Speyer, which is a suffragan see of the Archdiocese of Bamberg. The diocese covers an area of 5,893 km². The current bishop is Karl-Heinz Wiesemann. 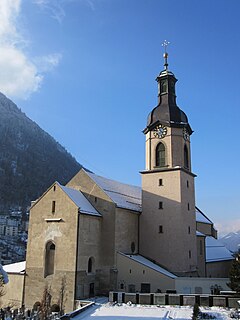 The Diocese of Chur is a Latin Church ecclesiastical territory or diocese of the Catholic Church in Switzerland. It extends over the Swiss Cantons of Graubünden (Grisons), Schwyz, Glarus, Zurich, Nidwalden, Obwalden and Uri.

The Archdiocese of Munich and Freising is an ecclesiastical territory or diocese of the Roman Catholic Church in Bavaria, Germany. It is governed by the Archbishop of Munich and Freising, who administers the see from the co-cathedral in Munich, the Frauenkirche, which is never called in German Munich Cathedral. The other, much older co-cathedral is Freising Cathedral. 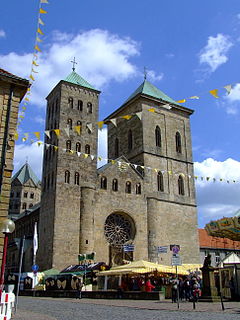 The Diocese of Osnabrück is a Latin Church ecclesiastical territory or diocese of the Catholic church in Germany. The diocese was originally founded circa 800. It should not be confused with the smaller Prince-Bishopric of Osnabrück–an ecclesiastical principality of the Holy Roman Empire until 1803–over which the bishop, as prince-bishop, exercised both temporal and spiritual authority. 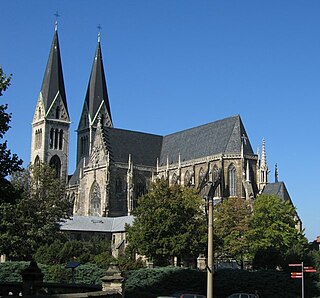 The Prince-Bishopric of Brixen was an ecclesiastical principality of the Holy Roman Empire in the present-day northern Italian province of South Tyrol. It should not be confused with the larger Catholic diocese, over which the prince-bishops exercised only the ecclesiastical authority of an ordinary bishop. The bishopric in the Eisack/Isarco valley was established in the 6th century and gradually received more secular powers. It gained imperial immediacy in 1027 and remained an Imperial Estate until 1803, when it was secularised to Tyrol. The diocese, however, existed until 1964, and is now part of the Diocese of Bolzano-Brixen. 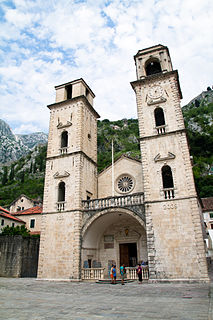 The Roman Catholic Diocese of Kotor is a diocese of the Latin Rite of the Catholic Church in the Bay of Kotor and Municipality of Budva area in Montenegro. It is centered in the city of Kotor (Cattaro). It was erected as a diocese in the 10th century. 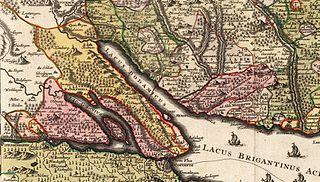 The Prince-Bishopric of Constance, was a small ecclesiastical principality of the Holy Roman Empire from the mid–12th century until its secularisation in 1802–1803. In his dual capacity as prince and as bishop, the prince-bishop also governed the Diocese of Konstanz, which existed from about 585 until its dissolution in 1821, and whose territory extended over an area much larger than the principality. It belonged to the ecclesiastical province of Mainz since 780/782. 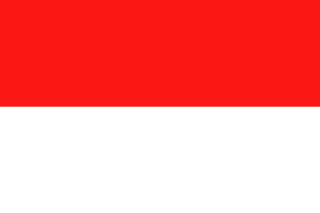 The Prince-Bishopric of Minden was an ecclesiastical principality of the Holy Roman Empire. It was progressively secularized following the Protestant Reformation when it came under the rule of Protestant rulers, and by the Peace of Westphalia of 1648 given to Brandenburg as the Principality of Minden. It must not be confused with the Roman Catholic diocese of Minden, which was larger, and over which the prince-bishop exercised spiritual authority.

The Bishop of Down and Connor is an episcopal title which takes its name from the town of Downpatrick and the village of Connor in Northern Ireland. The title is still used by the Catholic Church for the diocese of that name, but in the Church of Ireland it has been modified into other bishoprics. 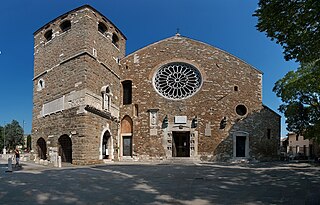 The Italian Roman Catholic Diocese of Trieste in the Triveneto, has existed since no later than 524, and in its current form since 1977. The bishop's seat is in Trieste Cathedral. It is a suffragan of the Archdiocese of Gorizia.