Boat Rocker Rights' first outside distribution deal was with the pick-up of international rights to Rotfield Productions' Xploration Station block programs in late February 2016. [12] Then in June 2016, the unit acquired Mountain Road Productions library distribution rights plus a first look deal with the company. [13]

In March 2019, Boat Rocker invested in Untitled Entertainment, a talent management and production company. [7] It has also made investments in Realm Media, [19] the Toronto Arrows, [20] CAA Creative Labs, [21] and MarcoPolo Learning. [22]

In September 2019, Boat Rocker acquired Platform One Media, a Los Angeles-based television production and sales company operated by television producer Katie O’Connell Marsh, whose credits include Hannibal and Narcos . (Marsh stayed on after the acquisition.) [19] [23]

Most recently, on December 20, 2021, Boat Rocker had bought out a minority stake in the TeaTime Pictures production company. [29]

Fremantle is a British multinational television production and distribution company based in London. Fremantle takes its name from Fremantle International, acquired by predecessor company All American Television in 1994. Pearson Television was renamed FremantleMedia on 20 August 2001, following the 2000 merger of Pearson Television and Bertelsmann's CLT-UFA to form the RTL Group. Since 1994, Fremantle has distributed American game shows in the United States and internationally.

Jam Filled Entertainment is a Canadian animation studio based in Ottawa, Ontario. Jam Filled is a division of Boat Rocker Media and has additional facilities in Toronto and Halifax. It is best known for animating the Nickelodeon series The Loud House, and for animating Thomas & Friends between 2013 and 2020.

Entertainment Studios, Inc., also known as Allen Media Group, is an American media and entertainment company based in Los Angeles. Owned and founded in 1993 by businessman Byron Allen, the company was initially involved in the production and distribution of first-run television series for U.S. television syndication. Under the Entertainment Studios Networks division, it also operates a group of digital cable and satellite channels, which broadcast a mix of original programs and the company's syndicated content.

Skydance Media, LLC is an American production company based in Santa Monica, California. Founded by David Ellison in 2006, the company entered a five-year partnership to co-produce and co-finance films with Paramount Pictures starting in 2009, and has renewed the agreement twice out to 2021. The company specializes in movies, animation, television and video games.

Entertainment One Ltd., commonly abbreviated as eOne, is an American-owned multinational entertainment company. Based in Toronto, Ontario, Canada, the company is primarily involved in the acquisition, distribution, and production of films and television series. The company was listed on the London Stock Exchange before it was acquired by Hasbro on December 30, 2019.

Keshet International is the global production and distribution arm of Israeli media company Keshet Media Group. Keshet International was established in 2012 and is led by chief executive officer Alon Shtruzman. The company has subsidiaries in the United States, United Kingdom, and Germany that develop and produce Keshet properties with local talent, and a distribution hub in Asia.

HBO Max is an American subscription video on demand (SVOD) service owned by Warner Bros. Discovery. Launched in the United States on May 27, 2020, the service is built around the libraries of HBO, Warner Bros., and their related brands. The service also carries first-run programming from the HBO pay television service, original programming under the "Max Originals" banner, and content acquired via third-party library deals and co-production agreements. 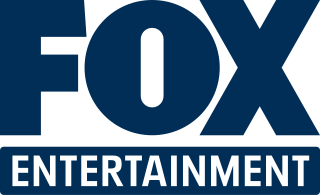 Fox Entertainment is an American television production company owned by Fox Corporation. The company was formed in 2019 after The Walt Disney Company's acquisition of 21st Century Fox. The programming is created for the Fox Broadcasting Company and Tubi; Fox First Run serves as the syndication arm of the former, as well as a television distribution company for Fox Television Stations.

SpringHill Company is an entertainment development and production company founded in 2020 by LeBron James and Maverick Carter. Its board of directors includes Serena Williams. The company unites three earlier companies founded by James and Carter: SpringHill Entertainment, an entertainment production company founded in 2007, the Robot Company, an integrated marketing agency and brand and culture consultancy founded by Carter and James together with Paul Rivera, the creator of the talk show The Shop, and Uninterrupted, founded in 2015 with the aim to empower athletes by providing a platform that allows them to share their stories.

AGC Studios is an American film and television production studio. It was founded and launched by Chairman and CEO Stuart Ford in February 2018 as a platform to develop, produce, finance and globally license a diverse portfolio of feature films, scripted, unscripted and factual television, digital and musical content from its dual headquarters in Los Angeles and London. The new studio’s Hollywood output has a wide-ranging multicultural focus, designed for exploitation across an array of global platforms including major studio partnerships, streaming platforms, traditional broadcast and cable television networks and independent distributors, both in the U.S. and internationally.