"Both Ends Burning" is a single by English rock band Roxy Music taken from their 1975 album Siren . The version released as a single edited the intro and the ending compared to the album version. The B-side of the single was a version of their song "For Your Pleasure" recorded live at the Empire Pool Wembley in October 1975, at one of the concerts from which the Viva! album was composed. [1] In the US and Canada, the song was the B-side of the "Love Is the Drug" single. [2] [3] The single version is on The Complete Studio Recordings 1972-1982 but was not included on their 1977 album Greatest Hits . 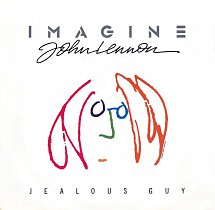 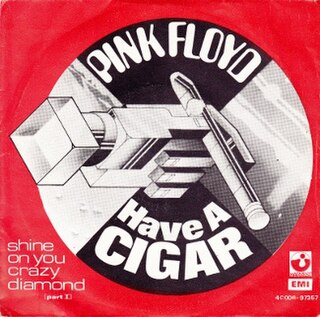 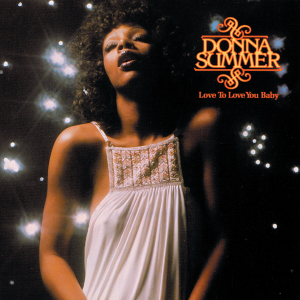 Love to Love You Baby is the second studio album by American singer Donna Summer, released on August 27, 1975 and her first to be released internationally and in the United States. Her previous album Lady of the Night (1974) was released only in the Netherlands.

"No No Song" is a 1974 song by English musician Ringo Starr. Written by Hoyt Axton and David Jackson, it appeared on Starr's 1974 album, Goodnight Vienna. It was released as a single in the US on 27 January 1975, backed with "Snookeroo," and reached No. 1 in Canada, #3 in the Billboard charts and reached No. 1 on Cash Box charts in the US.

"Lenny" is a song by British synthpop group The Buggles from their second and final album Adventures in Modern Recording. It was released as the album's third single in September 1982 and was written and produced by both Trevor Horn and Geoff Downes. The song became popular in the Netherlands, charting on both the Mega Single Top 100 and Dutch Top 40, and has been positively received by critics.

"Mr. Raffles " is a song by the British rock band Steve Harley & Cockney Rebel, released in 1975 as the second and final single from their third studio album The Best Years of Our Lives. It was written by Harley, and produced by Harley and Alan Parsons. On the album, the song's title is shortened to "Mr. Raffles". The song reached No. 13 in the UK.

"Tumbling Down" is a song by the British rock band Cockney Rebel, fronted by Steve Harley. It was released in 1975 as the third and final single from the band's second studio album The Psychomodo (1974). Released as a promotional single in America only, it was written by Harley, and produced by Harley and Alan Parsons.

"Mr. Soft" is a song by the British rock band Cockney Rebel, fronted by Steve Harley. It was released in 1974 as the second single from their second studio album The Psychomodo. In the UK, the song became the band's second hit, following the Top 5 success of "Judy Teen". "Mr. Soft" was written by Harley, and produced by Harley and Alan Parsons.