Civitan International, based in Birmingham, Alabama, is an association of community service clubs founded in 1917. The organization aims "to build good citizenship by providing a volunteer organization of clubs dedicated to serving individual and community needs with an emphasis on helping people with developmental disabilities." The organization includes 40,000 members (referred to as Civitans) in almost 1,000 clubs around the world.

In 1917, a group of Birmingham, Alabama, businessmen were members of the local Rotary club. Many of the men thought that the club focused too much on increasing the business of club members, so they surrendered their club's charter. Led by Courtney Shropshire, a local doctor, they formed an independent service club named Civitan, derived from the Latin word for citizenship. [1]

The United States entered World War I just one month after the club formed. With all attention focused on the war, Civitan remained a local organization. Some of the earliest projects the club undertook supported soldiers, [2] helped European war orphans, and encouraged voter participation through the payment of poll taxes. [3]

Shropshire envisioned an international organization of Civitan clubs dedicated to serving humanity. The process to incorporate was begun, and the International Association of Civitan Clubs was founded in 1920. In the years immediately following World War I, the organization saw rapid growth. By June 1922 at the second international convention, delegates from 115 clubs attended; there were more than 3,300 Civitans throughout the United States. Service clubs like Civitan were extremely popular, since they promoted the spirit of optimism which characterized much of the Roaring Twenties.

The vast multiplication of voluntary organizations for altruistic purposes are themselves proof of the ferment of spirituality, service, and mutual responsibility. These associations for advancement of public welfare, improvement, morals, charity, public opinion, health, the clubs and societies for recreation and intellectual advancement, represent something moving at a far greater depth than "joining." They represent the widespread aspiration for mutual advancement, self-expression, and neighborly helpfulness.

The club suffered sharp declines in membership and fundraising during the Great Depression. Some also questioned the necessity of service clubs after the New Deal's creation of relief programs. The organization persevered, in part due to cooperation with Rotary, Kiwanis, and Lions clubs. One of the few bright spots in the 1930s was the creation and rapid growth of the first Junior Civitan clubs.

The organization experienced another noticeable drop in membership at the outbreak of World War II, since many of its civic-minded members were among the first to volunteer for military service. Civitans who remained at home organized scrap metal collections, war bond sales, and blood drives. One club in Birmingham, Alabama, held so many successful bond drives that the Army Air Forces named a B-25 [5] and a P-47 [6] in the club's honor.

The period after World War II saw another surge in growth. There were 10,000 members by 1947, [7] with membership tripling in size between 1946 and 1956 as Civitan became the sixth largest service club in the United States. [8] By 1960, there were 34,000 active Civitans in 998 clubs. [9] One reason that Civitan expanded so quickly was the flexibility that it allowed to clubs in other countries. Compromises over issues such as the Civitan creed and membership dues allowed the ethnically diverse organization to maintain a strong sense of unity. [10]

On a local level, individual Civitan clubs undertake various service projects which benefit their local communities. Examples of club projects include maintaining a section of highway (the Tyler Civitan Club was the first to volunteer for the Adopt a Highway program), [12] promoting the creation of hospitals, [13] honoring community leaders, [14] supporting local reading programs, [15] sponsoring children in financial need, [16] purchasing playground equipment for developmentally disabled children, [17] and holding events for developmentally disabled individuals. [18] Clubs operate independently of the international organization or other clubs, leaving them free to participate in whatever service they deem appropriate.

One of Civitan's most significant international events is Clergy Appreciation Week, inspired by the story of the Four Chaplains. Begun in 1964, the interfaith event honors the sacrifice of the Four Chaplains by encouraging citizens to thank the clergy who serve their communities. [22] [23] The week usually involves Civitan clubs presenting local clergy with an award or certificate of appreciation. Local mayors often sign a proclamation recognizing Clergy Appreciation Week and encouraging its observance.

YP Civitan clubs are designed to provide community service and networking opportunities for young professionals aged 21 to 35. YP Civitan of Greensboro, North Carolina was chartered on June 25, 2013 as the first YP Civitan club. [24]

Civitan has awarded its World Citizenship Award to those "who have made significant contributions to mankind." [9] Recipients of the award include Winston Churchill, Dwight D. Eisenhower, Wernher von Braun, Thor Heyerdahl, and Eunice Kennedy Shriver.

The Civitan Candy Box Project, one of Civitan's oldest and most successful fundraising programs, has raised $50,000,000 since its inception in 1976. Civitan volunteers place boxes of mints at businesses in their community, and patrons donate money to take a piece of candy. Volunteers collect the money, keeping some for club service projects and sending the rest to Civitan International for its charitable projects. [25]

Civitan's other important fundraiser involves the sale of Claxton Bakery's fruitcakes. This partnership began in 1951 when Tampa Civitan club (#0202) member Earl Carver enjoyed the cake so much that he suggested they be sold nationally as a fundraiser. [26] Each year during the holiday season, local Civitan clubs sell millions of pounds of fruitcake. [27] The proceeds from these sales benefit Civitan International's work with developmentally disabled persons.

Civitan has clubs in 49 countries and maintains a strong international focus. Because of its long history of service in West Africa, Civitan was invited by the Special Court for Sierra Leone to monitor the war crimes trial of former Liberian President Charles Taylor, held at the International Criminal Court facilities in The Hague. [28] Civitan clubs are active in the following countries: [29]

Several well-known individuals have been Civitans, including: [30] 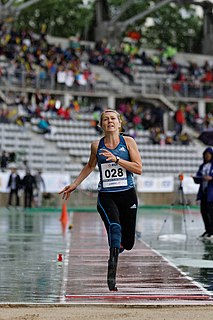 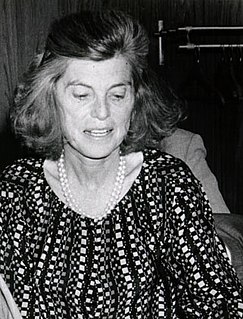 Eunice Mary Kennedy Shriver, DSG was an American philanthropist and a member of the Kennedy family. Shriver is known as the founder of the Special Olympics, a sports organization for persons with physical and intellectual disabilities. For her efforts on behalf of the disabled, Shriver was awarded the Presidential Medal of Freedom in 1984.

Willowbrook State School was a state-supported institution for children with intellectual disability located in the Willowbrook neighborhood on Staten Island in New York City from 1947 until 1987. 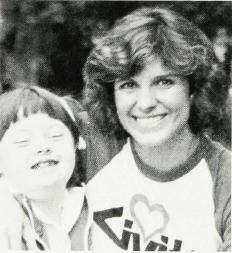 The Claxton Bakery is a confectionery company based in Claxton, Georgia. 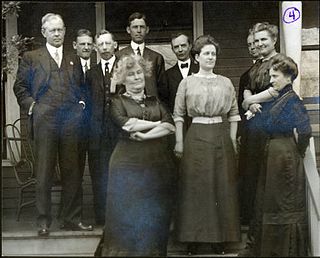 Casper Salathiel Yost (1864–1941) was the longtime editor of the St. Louis Globe-Democrat.

The Freedoms Foundation is a national, non-profit, non-partisan, non-sectarian educational organization, founded in 1949. The Foundation is located adjacent to the Valley Forge National Historical Park, near Valley Forge, Pennsylvania, U.S., and sits on ground that was once part of General George Washington's Valley Forge encampment during the American Revolutionary War.

Richmond Hobson Hilton was a S.C. National Guard 118th Infantry Regiment, 30th Infantry Division, U.S. Army Sergeant during World War I, and a Medal of Honor recipient—the first of two from Kershaw County, South Carolina to be awarded the medal during that war. He was also awarded the Distinguished Conduct Medal by Great Britain, the Médaille militaire and Croix de guerre with bronze palm by France, the Croce al Merito di Guerre by Italy, the Medalha da Cruz de Guerra, Third Class by Portugal, and the Medal for Military Bravery by Montenegro. All were awarded for bravery in the face of the enemy.

Courtney Shropshire, a prominent doctor in Birmingham, Alabama, was the founder and first president of Civitan International.

Intellectual disability (ID), also known as general learning disability and mental retardation (MR), is a generalized neurodevelopmental disorder characterized by significantly impaired intellectual and adaptive functioning. It is defined by an IQ under 70, in addition to deficits in two or more adaptive behaviors that affect everyday, general living.

Community Living Ontario is a non-profit organization in Ontario, Canada for people with intellectual disabilities.

Mary Meyers Rosenfield was an American community leader, active in special education and services for people with developmental disabilities in Texas.

Disability in Yemen has been increasing over time, especially because of increased conflict in the area. Disabled people in Yemen face many challenges due to poverty, lack of accessible infrastructure, gender segregation and more. The government of Yemen has passed laws to help protect the rights of the disabled in their country, but not all laws are equally enforced. 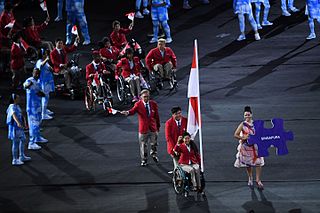 Singapore does not have a formal definition of disability, but has been making changes in regards to the visibility of people with disability and also with increasing accessibility of all areas of the country. Early in the country's history, human rights issues for people with disabilities took second place to the need to secure independence and building the economy. Singapore signed on to the Convention on the Rights of Persons with Disabilities (UNCRPD) in 2013 and coordinates the Enabling Masterplan with both government and non governmental organisations.