Collectables is a reissue record label founded in 1980 by Jerry Greene. Jerry Greene formed Lost Nite and Crimson record labels. [1] Soul Survivors gained the hit "Expressway to Your Heart" (1967) while on Crimson Records.

It maintains a catalogue of over 3,400 active titles on compact disc, with thousands of additional titles available on vinyl. It has released hundreds of recordings from the vaults of major labels, such as Columbia, Atlantic, RCA, Capitol, Vee-Jay and others, making many available on CD for the first time. Genres found on Collectables include doo-wop, rockabilly, rock'n'roll, pop, rock, funk, jazz, comedy, blues, and funk blues. Collectables released Johnny "Guitar" Watson, the Cleftones, and doo wop albums. [2]

Collectables publishes the Priceless Collection series of budget compilations. Many of the label's other releases combine the contents of two original LPs on a single CD. The company also manufactures multi-CD compilation box sets sold exclusively through retailers such as QVC, Costco and Sam's Club.

Collectables is one of a group of companies, including Alpha Video, Gotham Distributing Corporation and the e-commerce website OLDIES.com, owned and operated by Jerry Greene and the Greene family.

Early LPs and CDs were often dubbed from scratchy records. Both Sides Now publisher Mike Callahan (in his book of CD reviews Oldies on CD), regularly gave early Collectables' CDs low scores based on sound quality. Over the years, the sound quality has improved greatly on Collectables' releases. Beginning in the mid-1990s, Little Walter DeVenne remastered many of the label's reissues, and the company has also made extensive use of the in-house mastering and restoration services of the major labels from whom they license material.

The following artists have had at least one recording re-issued on the Collectables label.

Chess Records was an American record company established in 1950 in Chicago, specializing in blues and rhythm and blues. It was the successor to Aristocrat Records, founded in 1947. It expanded into soul music, gospel music, early rock and roll, and jazz and comedy recordings, released on the Chess and its subsidiary labels Checker and Argo/Cadet. The Chess catalogue is owned by Universal Music Group and managed by Geffen Records.

Mercury Records is an American record label owned by Universal Music Group. It had significant success as an independent operation in the 1940s and 1950s. Smash Records and Fontana Records were sub labels of Mercury. In the United States, it operated through Republic Records; in the United Kingdom, it was distributed by EMI Records. 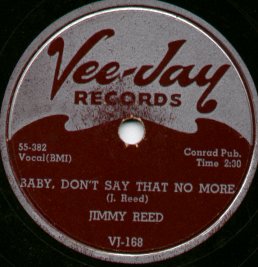 Straight Records, self-identified simply as Straight, was a record label formed in 1969 to distribute productions and discoveries of Frank Zappa and his business partner/manager Herb Cohen. Straight was formed at the same time as a companion label, Bizarre Records. Straight and Bizarre were manufactured and distributed in the U.S. by the Warner Bros. Records family of labels, which also included Reprise Records. Straight recordings were distributed in the U.K. by CBS Records.

Milestone Records is an American jazz record company and label founded in 1966 by Orrin Keepnews and Dick Katz in New York City. The company was bought by Fantasy Records in 1972. Since then, it has produced LP reissues as well as new recordings. Sonny Rollins and McCoy Tyner are among the musicians who recorded for the label.

Demon Music Group (DMG) is a record company owned by BBC Studios that is mainly concerned with back-catalogue rights and re-issuing recordings as compilations on physical media via supermarkets and specialist stores.

Record collecting is the hobby of collecting sound recordings, usually of music, but sometimes poetry, reading, historical speeches, and ambient noises. Although the typical focus is on vinyl records, all formats of recorded music can be collected. 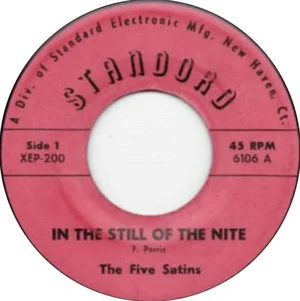 "In the Still of the Nite", also subsequently titled "In the Still of the Night", is a song written by Fred Parris and recorded by his Five Satins. While only a moderate hit when first released, it has received considerable airplay over the years and is notable as one of the best known doo-wop songs, recorded by artists such as Boyz II Men and Debbie Gibson. It is heard in several films, such as The Buddy Holly Story, Dirty Dancing, and The Irishman.

Apollo Records was a record company and label founded in New York City by Hy Siegel and Ted Gottlieb in 1944. A year later it was sold to Ike and Bess Berman. Apollo was known for blues, doo-wop, gospel, jazz, and rock and roll.

Bell Records was an American record label founded in 1952 in New York City by Arthur Shimkin, the owner of the children's record label Golden Records, and initially a unit of Pocket Books, after the rights to the name were acquired from Benny Bell who used the Bell name to issue risque novelty records. A British branch was also active in the 1960s and 1970s. Bell Records was shut down in late 1974, and its assets were transferred to Columbia Pictures' new label, Arista Records. 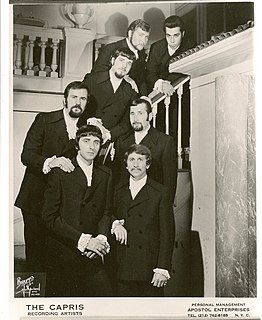 The Capris are an American doo wop group who became a one-hit wonder in 1961 with "There's a Moon Out Tonight." They experienced a popularity and performing resurgence in the 1980s, when three members reformed and The Manhattan Transfer recorded their song, "Morse Code of Love," which reached the US Hot 100 and the U.S. AC top 20.

The Outcasts are an American garage rock band from San Antonio, Texas that released a total of five singles between 1965 and 1967. Their best-known songs are "I'm in Pittsburgh ", and "1523 Blair". Their recordings have been reissued on a number of compilation albums. According to the Ugly Things compilation album notes, they are the most recognized band of this name that were active in the mid-1960s, including another popular band from Manhasset, New York.

Lost Nite Records was an American reissue independent record label, that was founded by Al Trommers, Jerry Greene, Jared Weinstein and Johnny Esposito in 1959 when they acquired the masters of "There's a Moon Out Tonight" by the Capris from Planet Records and rereleased it on Lost Nite in 1960.

Crimson Records was an American reissue independent record label founded by Jerry Greene in the early 1960s, and was a sister label of Lost Nite Records. Disc jockey Jerry Blavat was a co-owner of the label until the late 1960s. The label was known for releasing rare and hard-to-find doo-wop and R&B records. During its existence, Crimson released two LPs and approximately 18 singles. The most popular single released by the label was "Expressway to Your Heart" by The Soul Survivors.

Gotham Records was an American record label formed by Sam Goode (Goody) and Ivin Ballen in New York City in 1946. In January 1948 Ballen acquired the interest of Goode and became the sole owner. He then moved the company to Philadelphia, Pennsylvania where the label was based for the rest of its existence until 1956. The label specialized in rhythm and blues. Ivin Ballen died in Miami Beach, Florida, in February 1978.

The Charades is a doo-wop, r&b group which was mostly active in California in the early to mid-1960s and has released a number of singles on various labels. One of the songs it recorded, which was associated with the surf genre, was "Surf 'n Stomp" on the Northridge label. The band also recorded for Tony Hilder's Impact label, and even had a release on a label owned by Fred Astaire. They had a minor hit with "Please Be My Love Tonight". The group, though it has been through some changes, still continues today, and has a history that spans six decades.

Bacchus Archives is a record label that has often released previous unreleased recordings. Some of the recordings it has released, includes recordings by artists such as The Controllers, Evan "Funk" Davies, The Dils, Peter Miller, Bob Thompson and Johnny Angel Wendell. It is also sublabel of Dionysus Records.