From the start, it was decided that Comic Book Tattoo would not contain comic book versions of music videos for Amos's songs, nor illustrations created from literal interpretations of Amos's lyrics. Of her role in the project, editor Hoseley said, "It was very important to [Amos] that she see how the different creators were treating 'her girls' (the songs), but at the same time, not tying the creator's hands or make them feel restricted in any way and making sure that they felt the freedom to tell the kind of story that they felt strongly about." [1] When approached to contribute to the project, the graphic artists were asked to create a story that reflects that which the songs make them feel.

About the finished collection, Amos said, "I have been surprised, excited and pleasantly shocked by these comics that are extensions of the songs that I have loved and therefore welcome these amazing stories of pictures and words because they are uncompromisingly inspiring. It shows you thought is a powerful, formidable essence and can have a breathtaking domino effect." [2]

Comic Book Tattoo was initially made available in three formats, with the addition of another special edition released in November 2008. The available versions are;

Colleen Doran is an American writer-artist and cartoonist. She illustrated hundreds of comics, graphic novels, books and magazines, including the autobiographical graphic novel of Marvel Comics editor and writer Stan Lee entitled Amazing Fantastic Incredible Stan Lee, which became a New York Times bestseller. She adapted and did the art for the short story "Troll Bridge" by Neil Gaiman, which also became a "New York Times" bestseller. Her books have received Eisner, Harvey, Bram Stoker, and International Horror Guild Awards.

Scott McCloud is an American cartoonist and comics theorist. He is best known for his non-fiction books about comics: Understanding Comics (1993), Reinventing Comics (2000), and Making Comics (2006), all of which also use the medium of comics. 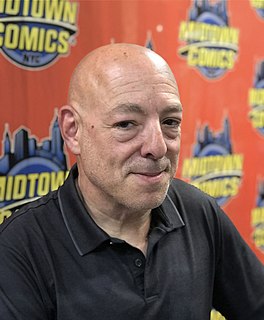 Ed Brubaker is an American comic book writer and cartoonist. Brubaker's first early comics work was primarily in the crime fiction genre with works such as Lowlife, The Fall, Sandman Presents: Dead Boy Detectives and Scene of the Crime. He later became known for writing superhero comics such as Batman, Daredevil, Captain America, Catwoman, Uncanny X-Men, and The Authority. He has won an Eisner Award on seven separate occasions. 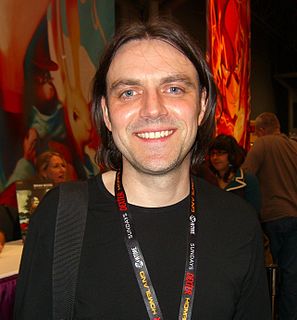 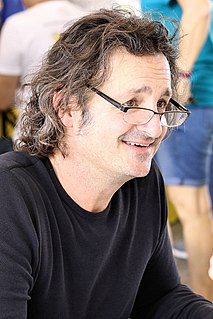 Jeff Smith is an American cartoonist. He is best known as the creator of the self-published comic book series Bone. 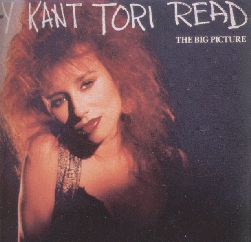 "The Big Picture" is a song by Y Kant Tori Read, commercially released by Atlantic Records in 1988 exclusively as a 7" vinyl single in a generic picture sleeve. Two versions of a promotional 7" vinyl were also released, one with light blue labels and one with dark blue labels. A 12" promotional vinyl single was also issued with an accompanying picture sleeve. The song was a commercial failure and received absolutely no critical comment.

Dean Trippe is a United States-based comic book artist and illustrator. Trippe graduated from the Savannah College of Art and Design with a B.F.A. in Sequential Art in 2003. 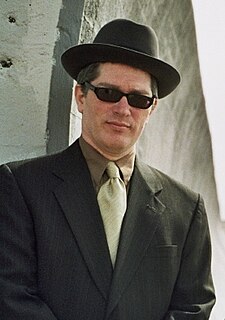 Max Douglas is a Canadian comic book creator. Since approximately 1996, he has worked under the pen name of Salgood Sam which is derived from a reverse spelling of his name. 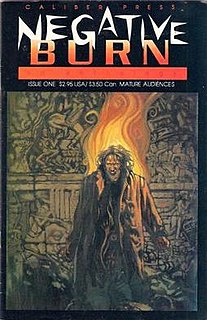 Negative Burn is a black-and-white anthology comic book published beginning in 1993 by Caliber Press, and subsequently by Image Comics and Desperado Publishing. Edited by Joe Pruett, Negative Burn is noted for its eclectic range of genres, mixture of established comics veterans and new talents, and promotion of creative experimentation.

Joe Pruett is an American comic book writer and occasional editor, and, most recently, a publisher.

Rafael Albuquerque is a Brazilian comic book creator primarily for his artwork on titles such as DC Comics' Blue Beetle and as illustrator and co-creator of American Vampire. Though primarily a penciler and inker of interior comic art, he has also done work as a cover artist, colorist and writer.

Little Red Hot is an American comic book series created, written and drawn by film concept artist Dawn Brown. The book is published by Image Comics. The series currently consists of two mini-series: Chane of Fools, published in 1999, and Bound, published in 2001.