Legs and Boots is a series of Tori Amos live albums recorded during the North American leg of the American Doll Posse Tour. Amos announced the launch of the series on October 16, 2007, stating that each show in the series would be available via digital download in MP3 format within a few hours after each show, and in CD-quality FLAC format within a week. Some sets contained photos from backstage or onstage from the concert, some also contained soundcheck recordings as extras. A total of 27 shows were recorded from October 13 to December 12, 2007. All 27 shows were made available on iTunes USA on July 22, 2008, and on iTunes international, Rhapsody, Napster, and other online vendors on August 5. 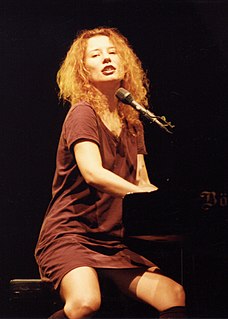 A music download is the digital transfer of music via the Internet into a device capable of decoding and playing it, such as a home computer, MP3 player or smartphone. This term encompasses both legal downloads and downloads of copyrighted material without permission or legal payment. According to a Nielsen report, downloadable music accounted for 55.9% of all music sales in the US in 2012. By the beginning of 2011, Apple's iTunes Store alone made US$1.1 billion of revenue in the first quarter of its fiscal year.

Two tracks from the tour, but not released for purchase as part of Legs And Boots were freely made available in December 2007 via Tori's official mailing list for mp3 download. These tracks were "Not David Bowie" (performed 28th November 2007 in Denver, Colorado) and "Amber Waves" (Performed 29 November 2007 in Salt Lake City, Utah).

The artwork included in each release corresponds with the persona or "doll" Amos used during the first part of the respective concert.

A persona, in the word's everyday usage, is a social role or a character played by an actor. The word is derived from Latin, where it originally referred to a theatrical mask. The Latin word probably derived from the Etruscan word "phersu", with the same meaning, and that from the Greek πρόσωπον (prosōpon). Its meaning in the latter Roman period changed to indicate a "character" of a theatrical performance or court of law, when it became apparent that different individuals could assume the same role, and legal attributes such as rights, powers, and duties followed the role. The same individuals as actors could play different roles, each with its own legal attributes, sometimes even in the same court appearance. According to other sources, which also admit that the origin of the term is not completely clear, persona could possibly be related to the Latin verb per-sonare, literally: sounding through, with an obvious link to the above-mentioned theatrical mask, which often incorporated a small megaphone.

"Bouncing Off Clouds" is written and recorded by Tori Amos and was the first European and second American single from her album American Doll Posse. The song was released in the US to Triple A Radio in early August. 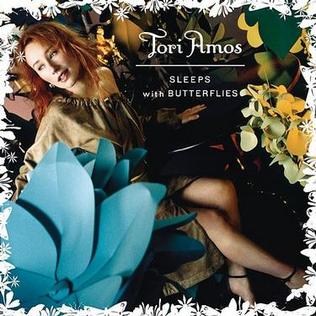 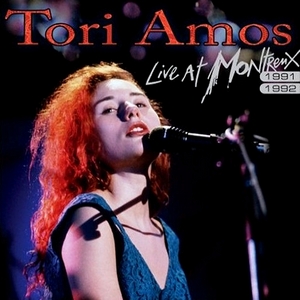 Kiss Alive 35 is a series of 2 CD live albums, each containing a recording of the complete set from a European show on the KISS Alive/35 World Tour from 2008. A second set of recordings from the North American leg of this tour were released in 2009.

Basecamp Productions is an American record label. It was founded in 2004 by Joshua James and Brett Eliason with the idea of releasing "Official Bootlegs" online.