Constantine Koukias (born 14 October 1965) is a Tasmanian composer and opera director of Greek ancestry based in Amsterdam, where he is known by his Greek name of Konstantin Koukias. He is the co-founder and artistic director of IHOS Music Theatre and Opera, which was established in 1990 in Tasmania's capital city, Hobart.

IHOS Music Theatre and Opera is a Tasmanian opera company was established in Hobart in 1990, by composer and artistic director Constantine Koukias, and production director Werner Ihlenfeld to create original music-theatre and opera works.

Koukias's works range from large-scale music theatre and opera to mobile installation art events. His atmospheric compositions are characterised by mesmerising temporal, spatial and production designs, while his recent works exhibit eastern influences. [1] His avant-garde approach to the presentation of opera has resulted in hybrid productions such as Days and Nights with Christ , [2] [3] To Traverse Water , Mikrovion , The Divine Kiss , Tesla – Lightning in His Hand and The Barbarians. [4] [5] His music theatre works include ICON, Kimisis – Falling Asleep, Borders, Orfeo, Rapture – Sonic Taxi Performance, Schwa – The Neutral Vowel, Antigone and The Da Ponte Project.

Days and Nights with Christ is the first of five full-scale operas by the Constantine Koukias a Tasmanian composer and opera director of Greek ancestry based in Amsterdam, where he is known by his Greek name of Konstantin Koukias. This was the first opera / music theatre production by IHOS Experimental Theatre Troupe. It premiered at Hobart’s Salamanca Arts Festival in 1990 and two years later was a highlight of the Festival of Sydney. The work, which explores images associated with schizophrenia, was inspired by the experiences of the composer’s brother and by their shared Greek heritage.

To Traverse Water is an opera by Constantine Koukias a Tasmanian composer and opera director of Greek ancestry based in Amsterdam, where he is known by his Greek name of Konstantin Koukias. The opera depicts a young Greek woman's departure for Australia and her settlement there. Her tale is loosely based on that of Koukias’ mother, and the opera makes direct reference to her at the end of the show when a slide picture of her appears, along with a tape of her voice intoning an old village song.

Koukias was commissioned in 1993 by the Sydney Opera House Trust to compose the large-scale music theatre piece ICON to celebrate the 20th anniversary of the Sydney Opera House. His Incantation II for soprano and digital delay won the International Valentino Bucchi Vocal Prize in Rome in 1997, [6] and in 2004 he was awarded a Sir Winston Churchill Fellowship. [1]

Valentino Bucchi was an Italian composer.

Prayer Bells , in which the composer draws on traditions of Latin, Hebrew and Byzantine chant, [7] had its US premiere in 2010 at the Chicago Cultural Center. [8]

Prayer Bells is a choral concert piece by Tasmanian (Australian) composer Constantine Koukias featuring dozens of handbells cast for the celebration of Australia's 2001 Centenary of Federation. Also comprising three solo cantors and a small male choir, the one-hour work premiered at the Federation Festival of Melbourne in 2001. Since then it has been performed in Australia in Launceston, Canberra, Adelaide, Melbourne, Hobart, Wollongong and Sydney. It had its USA premiere at the Chicago Cultural Center.

The Chicago Cultural Center, opened in 1897, is a Chicago Landmark building operated by Chicago's Department of Cultural Affairs and Special Events that houses the city's official reception venue where the Mayor of Chicago has welcomed Presidents and royalty, diplomats and community leaders. It is located in the Loop, across Michigan Avenue from Millennium Park. Originally the central library building, it was converted in 1977 to an arts and culture center at the instigation of Commissioner of Cultural Affairs Lois Weisberg. The city's central library is now housed across the Loop in the spacious, post-modernist Harold Washington Library Center opened in 1991.

The Barbarians, which was commissioned by the Museum of Old and New Art and inspired by Constantine Cavafy's poem Waiting for the Barbarians , premiered in Hobart in 2012 as part of the MONA FOMA festival. [9] It was nominated for a Helpmann Award for Best New Opera [10] the same year, and Tasmanian company Liminal Spaces won the Event category of Australia's Interior Design Excellence Awards for its conceptualisation of the production's design. [11]

The Museum of Old and New Art (MONA) is an art museum located within the Moorilla winery on the Berriedale peninsula in Hobart, Tasmania, Australia. It is the largest privately funded museum in the Southern Hemisphere. MONA houses ancient, modern and contemporary art from the David Walsh collection. Noted for its central themes of sex and death, the museum has been described by Walsh as a "subversive adult Disneyland."

"Waiting for the Barbarians" is a Greek poem by Constantine P. Cavafy.

MONA FOMA is an annual music and arts festival held in January in Hobart, Tasmania, Australia, curated by Violent Femmes member Brian Ritchie. It is billed as Tasmania's largest contemporary music festival and showcases the work of artists in a broad range of art forms, including sound, noise, dance, theatre, visual art, performance and new media. A wintertime version of the festival, Dark MOFO, is held annually in June. Its events are mainly shown at nighttime.

In 2014, Kimisis – Falling Asleep had its Netherlands premiere at Splendor Amsterdam and toured to the Karavaan Festival. [12]

His work Three Episodes from the Diary of Signaller Peter Ellis was a winner of ABC radio's Gallipoli Centenary Composer Competition, receiving its national broadcast premiere in 2015. [13]

Koukias has been the recipient of numerous other international commissions and awards, and his design credits include the internationally acclaimed Odyssey and Medea. [6]

In addition to his own career as a composer, Koukias has mentored numerous other composers including Matthew Dewey, Michael Lampard and Thanapoom Sirichang.[ citation needed ]

Raffaele Marcellino is an Australian composer. 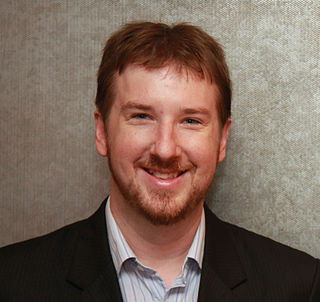 The University of Tasmania Conservatorium of Music offers students an integrated music education based on best international contemporary arts practice.

Tesla – Lightning in His Hand is a large-scale opera about Serbian American engineer and inventor Nikola Tesla, composed by Constantine Koukias a Tasmanian composer and opera director of Greek ancestry based in Amsterdam, where he is known by his Greek name of Konstantin Koukias, with libretto by Marianne Fisher.

The Lunch Box is a chamber opera by Thai composer Thanapoom Sirichang and Thai librettist Bringkop Vora-Urai. Composed entirely in Tasmania under the guidance of IHOS Artistic Director Constantine Koukias, The Lunch Box may be the first opera sung in Thai to blend traditional Thai music and contemporary Western opera.

MIKROVION, by Constantine Koukias a Tasmanian composer and opera director of Greek ancestry based in Amsterdam, where he is known by his Greek name of Konstantin Koukias. This opera is described by Maria Shevtsova as "an epic opera about AIDS".

The Divine Kiss — The Evil is Always and Everywhere is an opera by Constantine Koukias a Tasmanian composer and opera director of Greek ancestry based in Amsterdam, where he is known by his Greek name of Konstantin Koukias. The opera explores the imagery of the seven saving virtues: prudence, justice, fortitude, temperance, faith, hope and charity.

Olegas is an opera based on the life of Lithuanian-born Tasmanian wilderness photographer Olegas Truchanas. Music for the opera was composed by Constantine Koukias a Tasmanian composer and opera director of Greek ancestry based in Amsterdam, where he is known by his Greek name of Konstantin Koukias. The libretto was written by Natasha Cica.

Katia Tiutiunnik is an Australian violist, scholar and composer. She is of Russian, Ukrainian and Irish descent.

The Priest's Passion is a one scene chamber opera by Australian composer Matthew Dewey, and was first produced by the IHOS Music Theatre Laboratory together with the Tasmanian Conservatorium of Music in September 2004. It premiered at the Stanley Burbury Theatre at the University of Tasmania in 2004 and was subsequently recorded by ABC Classic FM. The work, which explores the nature of religious angst is a symbolist opera.