The current Shield champions are Larne, who beat Glentoran 4-3 on penalties following a 0-0 draw in the 2020–21 final.

The Shield has been regularly sponsored since the late 1980s. The 2014–15 competition was sponsored by Toals Bookmakers.

To mark the centenary of the County Antrim F.A., a Centenary Chalice was played for in 1987–88. Glentoran won it, defeating Ballymena United 4–2 in the final. [14]

Glentoran Football Club is a professional football club that plays in the NIFL Premiership. The club was founded in 1882. 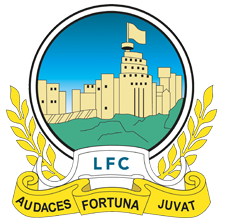 Robert Wright "Roy" Walker is a football manager and former player. His most recent job was as manager of NIFL Premiership side Ballymena United.

Roy Coyle is a former Northern Ireland international footballer and the most successful manager in the history of the Irish Football League. He is the Director of Football at Glentoran.

Colin Coates is a semi-professional footballer from Northern Ireland who plays as a centre-back in the NIFL Premiership.

Mark Dickson is a former semi-professional footballer from Northern Ireland. He began his football career as a trainee with Northampton Town, for whom he made one first-team appearance in the Football League Trophy, before returning to his native country, where he played for Newry Town, Larne, Linfield, Crusaders and Donegal Celtic. He won the Irish League and Cup double in successive seasons with Linfield, and scored the winning goal for Crusaders in the 2008–09 Irish Cup Final. 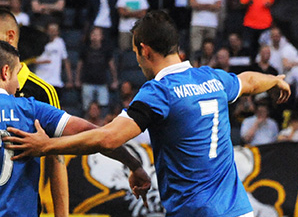 Andrew Waterworth is a footballer from Northern Ireland who plays as a forward for NIFL Premiership side Glenavon.

The Ulster Cup was an annual football competition held by the Irish Football League for senior clubs.

Gary Smyth is a Northern Irish former footballer and manager. He played as a centre back for Glentoran, Glenavon, Ballymena and Crusaders. He managed Harland & Wolff Welders F.C. from 24 November 2013 until he became the assistant manager of Glentoran on 24 May 2018. He became manager on 3 January 2019, replacing Ronnie McFall. He was replaced by Mick McDermott on 31 March 2019, and subsequently left the team on 21 May 2019.

The Mid-Ulster Cup is a senior football competition in Northern Ireland run by the Mid-Ulster Football Association. The competition has historically featured teams based in County Armagh, east County Tyrone, and west County Down, though teams from outside the Mid-Ulster FA's jurisdiction have also competed on occasion, with Bangor winning the cup in 1995/96.

The County Antrim & District Football Association is the largest of the four regional football associations within Northern Ireland and affiliated to the Irish FA, the others being the Mid-Ulster FA, the North-West of Ireland FA and the Fermanagh & Western FA.

This page details football records in the Northern Ireland.

The 2020–21 Irish Cup was the 141st edition of the premier knock-out cup competition in Northern Irish football since its inauguration in 1881. The competition began on 27 April 2021 and concluded with the final at Mourneview Park, Lurgan on 21 May 2021.