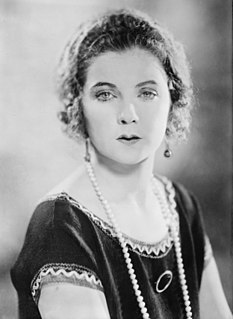 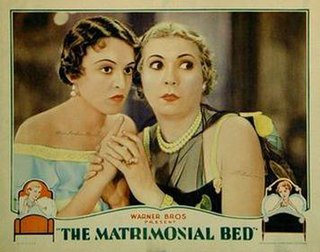 The Matrimonial Bed is a 1930 American pre-Code comedy film produced and released by Warner Bros.. It was based on the French play by André Mouëzy-Éon and Yves Mirande. The English version of the play, by Sir Seymour Hicks, opened in New York on October 12, 1927 and had 13 performances.

The Mad Parade is a 1931 Pre-Code American feature film about women canteen workers toiling in a château near the front lines in France during World War I. It was directed by William Beaudine and starred Evelyn Brent.

The Garden of Weeds is a lost 1924 silent film drama directed by James Cruze and starring Betty Compson. It is based on a Broadway play, Garden of Weeds, by Leon Gordon and Doris Marquette. Famous Players-Lasky produced and Paramount Pictures distributed.

Happiness Ahead is a lost 1928 silent film drama directed by William A. Seiter and starring Colleen Moore and then husband and wife Edmund Lowe and Lilyan Tashman. It was produced by First National which in reality had been acquired by the Warner Brothers. Moore was married to the producer John McCormick who frequently produced her films and they held rights to their films. Moore donated copies of her films to the Museum of Modern Art(MOMA) and over the years the archive allowed the films to decay including Happiness Ahead. 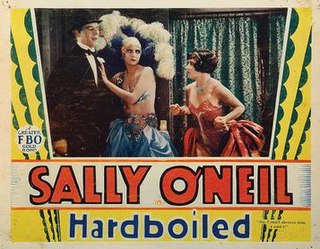 A Real Girl is a 1929 American silent film directed by Ralph Ince and starring Sally O'Neil, Donald Reed and Lilyan Tashman. It is also known by the alternative title of Hardboiled. 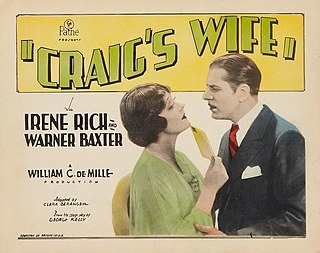 Rocking Moon is a lost 1926 silent film drama directed by George Melford and starring Lilyan Tashman and John Bowers. It was released by Producers Distributing Corporation.

Is Love Everything? is a 1924 silent American melodrama film directed by Christy Cabanne. It stars Alma Rubens, Frank Mayo, and H. B. Warner, and was released on November 30, 1924. 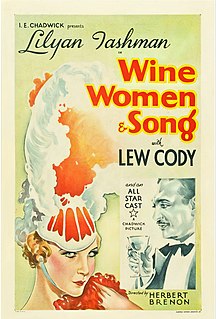 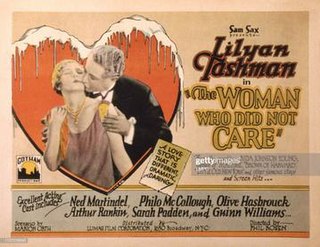 Seven Days is a 1925 American silent comedy film directed by Scott Sidney and starring Lillian Rich, Creighton Hale and Lilyan Tashman. It is an adaptation of the 1909 play Seven Days.