Talk About Jacqueline is a 1942 British comedy film directed by Harold French and Paul L. Stein and starring Hugh Williams, Carla Lehmann and Roland Culver. A woman tries to conceal her questionable past from her new husband. [1] It was based on a 1926 novel by Katrin Holland which had previously been made into a 1937 German film Talking About Jacqueline .

Two sisters, Jacqueline and June, are very close and stand by each other, even though their stories separates them. The older sister, Jacqueline (Carla Lehmann), has a sexually liberal backstory, and the younger is quite unspoiled by life. The story picks up when Jacqueline travels to the French Riviera to change scenery, look for new adventures and search for an eligible bachelor who has no prior knowledge about her frivolous past. Soon she finds a suitable man, Doctor Michael Thomas (Hugh Williams), and they get married. Eventually Jacqueline is haunted by her past, as her picture turns up in a tabloid newspaper, and her husband catches a glimpse of his new bride's flamboyant previous mistakes. Jacqueline's younger sister, June (Joyce Howard), decides to help her older sister out to save her marriage from falling apart. She takes the blame and tells Michael that she is the one who has fooled around in the recent past. However, this information gives her problems of her own, as it finds its way to her own romantic interests, and threatens to destroy her own love life. The story ends with the older sister ultimately confessing her past to her husband and the other parties to the conflict, saving her sister with the truth. 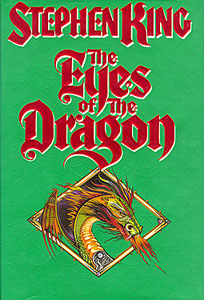 The Eyes of the Dragon is a fantasy novel by American writer Stephen King, first published as a limited edition slipcased hardcover by Philtrum Press in 1984, illustrated by Kenneth R. Linkhauser. The novel would later be published for the mass market by Viking in 1987, with illustrations by David Palladini. This trade edition was slightly revised for publication. The 1995 French edition did not reproduce the American illustrations; it included brand new illustrations by Christian Heinrich, and a 2016 new French version also included brand new illustrations, by Nicolas Duffaut. 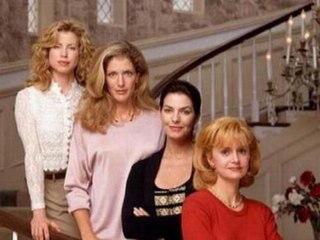 Sisters is an American family drama television series which aired on NBC for six seasons from May 11, 1991 to May 4, 1996. The series was created by Ron Cowen and Daniel Lipman, who were also the executive producers and showrunners. The show debuted on May 11, 1991 for a seven-episode test run and was subsequently renewed for the 1991 fall schedule.

Top Girls is a 1982 play by Caryl Churchill. It centres around Marlene, a career-driven woman who is heavily invested in women's success in business. The play examines the roles available to women in modern society, and what it means or takes for a woman to succeed. It also dwells heavily on the cost of ambition and the influence of Thatcherite politics on feminism. In 2014, Top Girls was ranked by The Daily Telegraph as one of the 15 greatest plays ever written.

Happy Families is a rural comedy drama written by Ben Elton which was a BBC series first broadcast in 1985. It recounts the tale of the dysfunctional Fuddle family. It stars Jennifer Saunders as Granny Fuddle, Dawn French as the Cook and Adrian Edmondson as her imbecilic grandson Guy. 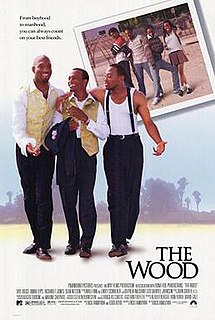 "Sorry, Right Number" is a teleplay written by author Stephen King for an episode of the horror anthology series Tales from the Darkside. It was later included in King's 1993 short story collection Nightmares & Dreamscapes, and is the only such work that King has included in any of his anthologies. It appears in script format, and begins with an authors' guide for screenplays and abbreviations.

The Greek Tycoon is a 1978 American drama film, of the roman à clef type, directed by J. Lee Thompson. The screenplay by Morton S. Fine is based on a story by Fine, Nico Mastorakis, and Win Wells, who loosely based it on Aristotle Onassis and his relationship with Jacqueline Kennedy. Mastorakis denied this, instead stating "We're not doing a film about Aristotle Onassis. It's a personification of all Greek Tycoons." The film stars Anthony Quinn in the title role and Jacqueline Bisset as the character based on Kennedy. Quinn also appeared in Thompson's picture The Passage, released the following year.

Tanja von Lahnstein is a fictional character from the German soap opera Verbotene Liebe , played by actress Miriam Lahnstein. She made her first appearance on-screen on 21 June 1995 and left after three years in May 1998. Lahnstein returned to the role in 2001, where she was seen from 24 April to 5 October. She came back another three years later and reappeared on 16 April 2004. Lahnstein left the show for a short time, while being on contract, from June 2005 to March 2006 and from March to December 2007 during the pregnancy of her two children. She left again in December 2009 and returned in April 2010. 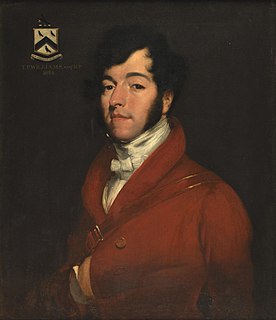 The Holly and the Ivy is a 1952 British drama film adapted from the play of the same name by Wynyard Browne. It was directed by George More O'Ferrall, produced by Anatole de Grunwald and co-scripted by Browne and de Grunwald. It is about an English clergyman whose neglect of his grown offspring, in his zeal to tend to his parishioners, comes to the surface at a Christmas family gathering. Ralph Richardson, Celia Johnson, and Margaret Leighton star, while Margaret Halstan and Maureen Delany reprised their roles from the stage. It had its U.S release in 1954.

The Cold Room is a 1984 cable television film by James Dearden. 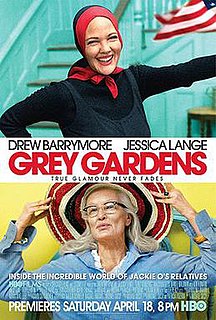 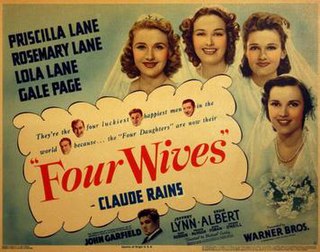 Four Wives is a 1939 American drama film starring the Lane Sisters and Gale Page. The film was directed by Michael Curtiz and is based on the story "Sister Act" by Fannie Hurst. It was released by Warner Bros. on December 25, 1939. The film is a sequel to Four Daughters (1938) and was followed by Four Mothers (1941).

Singapore is a 1947 American film noir crime romance film directed by John Brahm, and starring Fred MacMurray and Ava Gardner. The film was remade as Istanbul (1957) with the location moved to Turkey, and Errol Flynn and Cornell Borchers in the starring roles.

Murder in Peyton Place is a 1977 American made-for-television mystery-drama film directed by Bruce Kessler. The film is based on the 1964–1969 TV series Peyton Place and it was billed as a reunion movie. It first aired on NBC Monday Night at the Movies on October 3, 1977. It focuses on the mysterious deaths of Rodney Harrington and Allison MacKenzie, as well as a diabolical plot of a powerful person to ruin the community.

Isle of Missing Men is a 1942 American drama film directed by Richard Oswald and starring John Howard, Helen Gilbert and Gilbert Roland. In the film, a young woman receives an invitation from the governor of an island prison to spend a week with him. She does so, but conceals the fact that her husband is being held as a convict on the island.