The Saint Meets the Tiger

Last updated November 17, 2020
This article is about the film. For the original novel upon which it was based (which is often published under this title), see Meet the Tiger.

The Saint Meets the Tiger is the title of a crime thriller produced by the British unit of RKO Pictures, produced in 1941 but not released until 1943. [1] [2] This was to be the last of the eight films in RKO's film series about the crimefighterThe Saint.

After his The Saint's Vacation (1941), Hugh Sinclair makes his second (and final) appearance as Templar in this adventure, which sees Templar investigating a dead body left on his doorstep. This leads him to a quiet seaside village in Cornwall where he pursues a mysterious villain known as The Tiger. Co-starring in the film is Jean Gillie as Templar's love interest, Patricia Holm. Although this character made many appearances in the book series, this is to date the only film in which she appears. The character next appears on screen portrayed by Eliza Dushku in an unbroadcast pilot for a Saint TV series produced in the 2010s.

Because of a dispute between RKO and The Saint's creator, Leslie Charteris, the film was put on hold after shooting finished in June 1941. The reason for the dispute was that RKO was about to release The Gay Falcon in October 1941, the first film in their new The Falcon series, and Leslie Charteris felt that The Falcon was nothing but a copy of The Saint, enhanced by the fact that George Sanders played The Falcon. He was the most established face of The Saint, after having played the character in five of the previous films, whereof the last had been released earlier the same year. RKO eventually sold the US distribution rights to Republic Pictures, while its British arm handled the UK distribution as planned, and the film was released in both countries in 1943. [3]

The Saint Meets the Tiger is an adaptation of Charteris' first Saint novel, Meet - The Tiger! , and was the last Saint novel adapted by the RKO series. In a sense it was also the last film in the RKO series, as the final film, The Saint's Return did not come until ten years later and was produced and distributed in the UK by British Hammer Films, while RKO only handled the US distribution.

Simon "The Saint" Templar finds a dead man on his doorstep. Soon the ace investigator finds himself mired in more murder, smuggling and a South American mine. 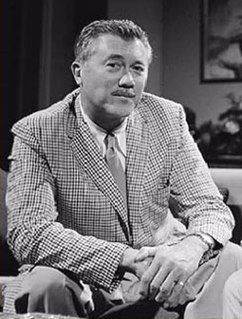 Knight Templar is the title of a mystery novel by Leslie Charteris first published in October 1930. This was the fourth book—and third full novel—featuring Charteris's Robin Hood-inspired anti-hero, Simon Templar, alias "The Saint". The title of the book is a pun on the religious organization Knights Templar. Later editions were titled The Avenging Saint and the book is also well known by this title, which was first used in a 1931 edition.

The Falcon is the nickname for two fictional detectives. Drexel Drake created Michael Waring, alias the Falcon, a freelance investigator and troubleshooter, in his 1936 novel, The Falcon's Prey. It was followed by two more novels – The Falcon Cuts In, 1937, and The Falcon Meets a Lady, 1938 – and a 1938 short story. Michael Arlen created Gay Stanhope Falcon in 1940. This Falcon made his first appearance in Arlen's short story "Gay Falcon", which was originally published in 1940 in Town & Country magazine. The story opens with the words "Now of this man who called himself Gay Falcon many tales are told, and this is one of them". Arlen's Falcon is characterized as a freelance adventurer and troubleshooter – a man who makes his living "keeping his mouth shut and engaging in dangerous enterprises." 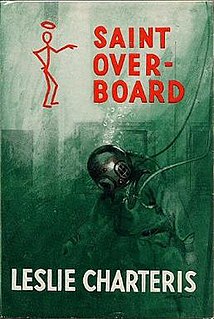 Saint Overboard is the title of a 1936 mystery novel by Leslie Charteris, one of a long series of novels featuring Charteris' creation Simon Templar, alias "The Saint". An edited version was previously published in November 1935 in The American Magazine as The Pirate Saint. Some paperback editions append the article The to the title. 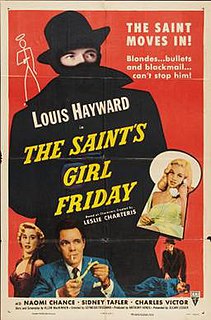 The Saint's Return is a British crime thriller from 1953, produced by Hammer Film Productions in London.

Enter the Saint is a collection of three interconnected adventure novellas by Leslie Charteris first published in the United Kingdom by Hodder and Stoughton in October 1930, followed by an American edition by The Crime Club in April 1931.

She Was a Lady is the title of a mystery novel by Leslie Charteris featuring his creation, Simon Templar, alias The Saint. The novel was first published in serialized form in the magazine Thriller in February and March 1930, and after being rewritten by Charteris, was first published in complete form in the United Kingdom by Hodder and Stoughton in November 1931. This was the seventh book chronicling Templar's adventures, and the fourth full novel.

The Holy Terror is a collection of three mystery novellas by Leslie Charteris, first published in the United Kingdom in May 1932 by Hodder and Stoughton. This was the eighth book to feature the adventures of Simon Templar, alias "The Saint". When published in the United States for the first time, in September 1932, the title was changed to The Saint vs. Scotland Yard. 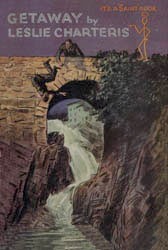 Getaway is a mystery novel by Leslie Charteris first published in the United Kingdom in September 1932 by Hodder and Stoughton. This was the fifth full-length novel featuring the adventures of the modern day Robin Hood-inspired crimebuster Simon Templar, and the ninth Saint book published overall since 1928. When first published in the United States by The Crime Club in February 1933, the title was modified to The Saint's Getaway which was later adopted by future UK editions.

Meet the Tiger is the title of an action-adventure novel written by Leslie Charteris. In England it was first published by Ward Lock in September 1928; in the United States it was first published by Doubleday's The Crime Club imprint in March 1929 with the variant title Meet – the Tiger!. It was the first novel in a long-running series of books featuring the adventures of Simon Templar, alias "The Saint". It was later reissued under a number of different titles, including the unofficial Crooked Gold by Amalgamated Press in 1929 which failed to credit the authorship of Charteris, and the best-known reissue title, The Saint Meets the Tiger. In 1940 the Sun Dial Press changed the title to Meet – the Tiger! The Saint in Danger. 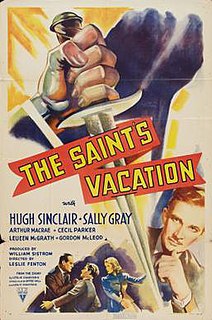 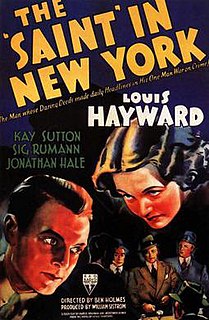 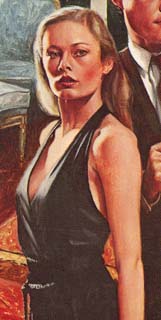 Patricia Holm is the name of a fictional character who appeared in the novels and short stories of Leslie Charteris between 1928 and 1948. She was the on-again, off-again girlfriend and partner of Simon Templar, alias "The Saint", and shared a number of his adventures. In addition, by the mid-1930s, Holm and Templar shared the same flat in London, although they were unmarried. Although such co-habitation between unmarried partners is commonplace today, it was rare, shocking in the 1930s. The two also appeared to have a somewhat "open" relationship, with Holm accepting Templar's occasional dalliances with other women.

Claud Eustace Teal is a fictional character who made many appearances in a series of novels, novellas and short stories by Leslie Charteris featuring The Saint, starting in 1929. A common spelling variation of his first name in reference works and websites is Claude, however in his works Charteris uses the spelling without the 'e'. 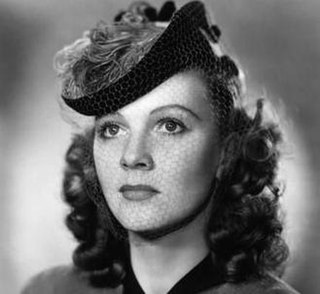 The Saint is a 2017 American action film directed by Ernie Barbarash and starring Adam Rayner in the title role of Simon Templar, created by Leslie Charteris. This was Sir Roger Moore's final film appearance and the film was dedicated to his memory; Moore portrayed Templar in a 1960s TV series of the same title. Filmed in 2013 as a television pilot for a proposed TV series, the film was not originally intended for release when the series was not picked up. It eventually saw release direct-to-video in 2017 when it was released in tribute to Moore following his death. Ian Ogilvy, who portrayed Templar in a 1970s TV series titled Return of the Saint, also appears.