The Laughing Lady is a 1946 British Technicolor musical drama film directed by Paul L. Stein and starring Anne Ziegler, Webster Booth and Francis L. Sullivan. [1] Based on a play by Ingram D'Abbes, its plot follows a young aristocrat who makes a deal with Robespierre during the French Revolution.

During the French Revolution, a young aristocrat makes a deal with Robespierre that he will locate and steal some pearls from Britain in order to save his mother from the guillotine. 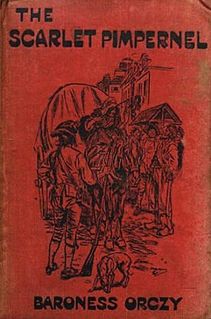 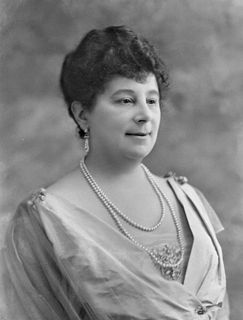 Baroness Emma Magdolna Rozália Mária Jozefa Borbála "Emmuska" Orczy de Orci was a Hungarian-born British novelist and playwright. She is best known for her series of novels featuring the Scarlet Pimpernel, the alter ego of Sir Percy Blakeney, a wealthy English fop who turns into a quick-thinking escape artist in order to save ill-fated French royalty from "Madame Guillotine" during the French revolution, establishing the "hero with a secret identity" into popular culture.

Edward Hyde, 3rd Earl of Clarendon, styled Viscount Cornbury between 1674 and 1709, was an English aristocrat and politician. Better known by his noble title Lord Cornbury, he was propelled into the forefront of English politics when he and part of his army defected from the Catholic King James II to support the newly arrived Protestant contender, William III of Orange. These actions were part of the beginning of the Glorious Revolution of 1688. Cornbury's choice to support his cousin Anne instead of William after the rebellion cost him his military commission. However, Cornbury's support of King William's reign eventually earned him the governorship of the provinces of New York and New Jersey; he served between 1701 and 1708. 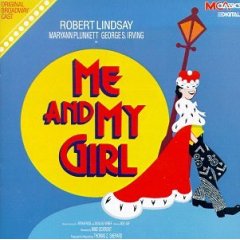 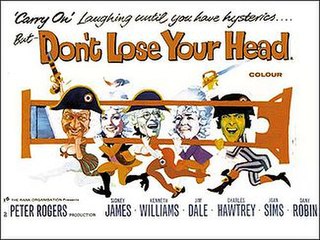 Don't Lose Your Head is a 1967 British comedy film, the 13th in the series of 31 Carry On films (1958–1992). It features regular team members Sid James, Kenneth Williams, Jim Dale, Charles Hawtrey and Joan Sims. Set in France and England in 1789 during the French Revolution, it is a parody of Baroness Orczy's The Scarlet Pimpernel.

The Scarlet Pimpernel is a series of television drama programmes loosely based on Baroness Emmuska Orczy's series of novels, set during the French Revolution.

Anything for a Quiet Life is a Jacobean stage play, a city comedy written by Thomas Middleton and John Webster. Topical allusions suggest the play was written most likely in 1621. 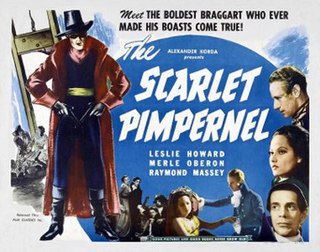 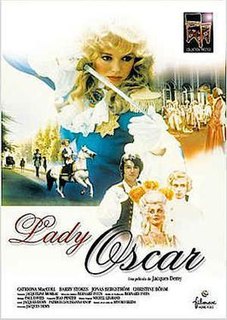 Lady Oscar is a 1979 English-language romantic period drama film, based on the manga The Rose of Versailles by Riyoko Ikeda. The film was written and directed by Jacques Demy, with music composed by his regular collaborator Michel Legrand. The French-Japanese co-production was produced by Mataichiro Yamamoto for Kitty Films, Nippon TV, and Toho, and was filmed on location in France.

Young Man's Fancy is a 1939 British comedy film directed by Robert Stevenson and starring Anna Lee, Griffith Jones, and Seymour Hicks. The screenplay concerns an aristocratic Englishman who is unhappily engaged to a brewery heiress but meets Ada, an Irish human cannonball, during a visit to a music hall and falls in love with her. Together they are trapped in Paris during the Siege of Paris (1870-1871). 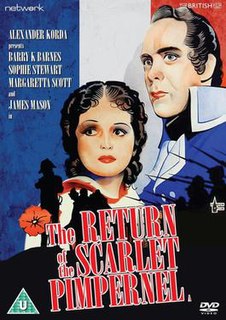 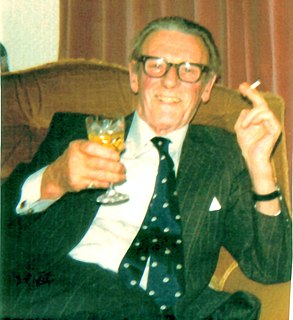 Webster Booth was an English tenor, best remembered as the duettist partner of Anne Ziegler. He was also one of the finest tenors of his generation and was a distinguished oratorio soloist.

Anne Ziegler was an English singer, known for her light operatic duets with her husband Webster Booth. The pair were known as the "Sweethearts in Song" and were among the most famous and popular British musical acts of the 1940s. 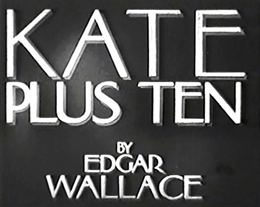