It Illuminates, My Dear

Marguerita Maria "Mady" Christians was an Austrian actress and naturalized US citizen who had a successful acting career in theatre and film in the United States until she was blacklisted during the McCarthy period. 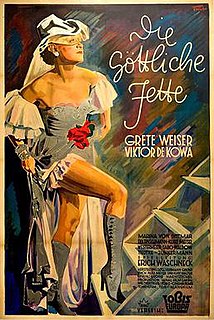 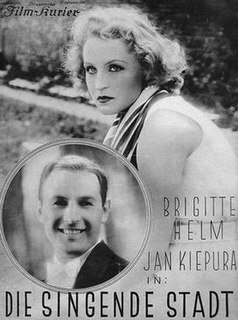 The Fate of Renate Langen is a 1931 German drama film directed by Rudolf Walther-Fein and starring Mady Christians, Francis Lederer and Hilde Hildebrand. 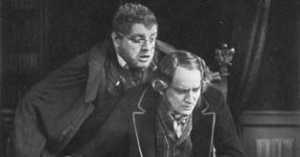 Debit and Credit is a 1924 German silent drama film directed by Carl Wilhelm and starring Hans Brausewetter, Mady Christians and Theodor Loos. It is based on the 1855 novel Debit and Credit.

A Woman with Style is a 1928 German silent film directed by Fritz Wendhausen and starring Mady Christians, Peter C. Leska and Hans Thimig.

Vienna, How it Cries and Laughs is a 1926 German silent film directed by Rudolf Walther-Fein and Rudolf Dworsky and starring Fritz Greiner, John Mylong and Mady Christians. 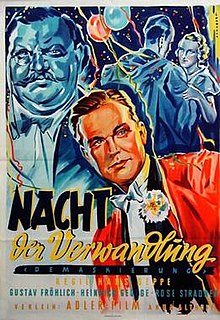 A Night of Change is a 1935 German drama film directed by Hans Deppe and starring Gustav Fröhlich, Heinrich George and Rose Stradner. 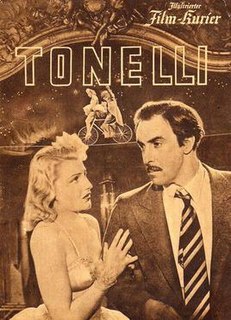 The Burning Secret is a 1923 German silent drama directed by Rochus Gliese and starring Ernst Deutsch, Otto Gebühr and Wilhelm Diegelmann. It was based on the novel by Stefan Zweig which was later adapted into a 1933 film of the same name

Peter Voss, Thief of Millions or The Man Without a Name is a 1921 German silent adventure film directed by Georg Jacoby and starring Harry Liedtke, Paul Otto and Mady Christians. It was released in six separate parts. A number of such serials were made during the early Weimar Republic, including Joe May's The Mistress of the World.

The Three Marys or The Three Marys and the Lord of Marana is a 1923 Austrian-German silent film directed by Reinhold Schünzel and starring Schünzel, Anita Berber and Lya De Putti.