Dulcy is a 1923 American silent comedy film directed by Sidney A. Franklin and starring Constance Talmadge. The film was adapted from the Broadway production of the same name written by George S. Kaufman and Marc Connelly. The play opened in New York in August 1921 and ran for 241 performances. [1]

A sound, pre-code version called Not So Dumb was made in 1930 starring Marion Davies, directed by King Vidor, and produced for Cosmopolitan Productions for Metro-Goldwyn-Mayer.

Another version of Dulcy was made in 1940 by Metro-Goldwyn-Mayer. It stars Ann Sothern in the title role, and was directed by S. Sylvan Simon.

With no prints of Dulcy located in any film archives, [2] it is a lost film. 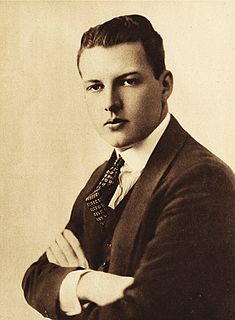 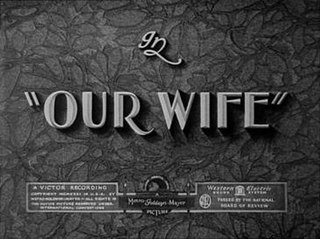 Our Wife is a 1931 American pre-Code Hal Roach comedy film starring Laurel and Hardy. It was directed by James W. Horne and released by Metro-Goldwyn-Mayer. 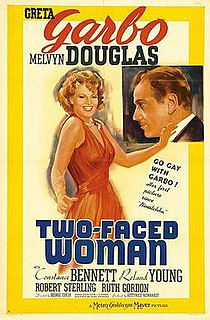 Not So Dumb is a 1930 pre-Code comedy motion picture starring Marion Davies, directed by King Vidor, and produced for Cosmopolitan Productions for Metro-Goldwyn-Mayer. 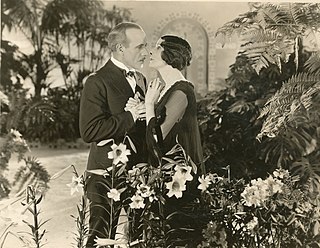 Cytherea is a 1924 American silent romantic drama film directed by George Fitzmaurice and starring Alma Rubens, Lewis Stone, Constance Bennett, and Norman Kerry. Based on the novel Cytherea, Goddess of Love, by Joseph Hergesheimer and was adapted for the screen by Frances Marion. Cytherea features two dream sequences filmed in an early version of the Technicolor color film process. The film is also known as The Forbidden Way.

In Hollywood with Potash and Perlmutter (1924) is an American silent comedy film, produced by Samuel Goldwyn, released through Associated First National Pictures, and directed by Alfred E. Green.

East Is West is a 1930 American pre-Code crime drama film produced and distributed by Universal. It was directed by Monta Bell and stars Lupe Vélez, Lew Ayres and Edward G. Robinson. It is based on a 1918 Broadway play, East is West, which starred Fay Bainter. A silent film version from 1922, also titled East Is West, starred Constance Talmadge.

Breakfast at Sunrise is a 1927 silent film comedy directed by Malcolm St. Clair and produced by and starring Constance Talmadge. It was distributed by First National Pictures. 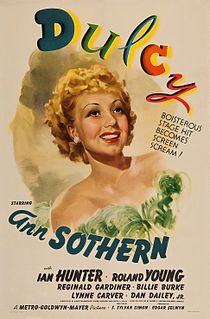 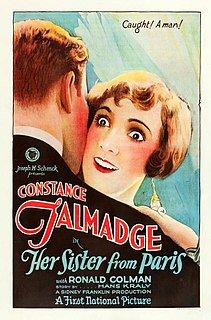 Two Weeks is a 1920 American silent film production and directed by Sidney Franklin. It starred Constance Talmadge and was produced by her brother-in-law Joseph Schenck. It was distributed through First National Exhibitors.

Up the Road with Sallie is a surviving 1918 silent film comedy-romance directed by William Desmond Taylor and starring Constance Talmadge. It was produced by Lewis J. Selznick and released through his Select Picture Corporation. It is preserved in the UCLA Film and Television Archive. 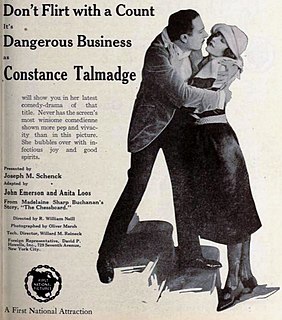 The Shuttle is a 1918 American silent romance film directed by Rollin S. Sturgeon and starring Constance Talmadge, Alan Roscoe and Edith Johnson. The film is an adaptation of the novel of the same title by Frances Hodgson Burnett. It concerns two American sisters, one of whom is married into an English family.