The Edinburgh Handedness Inventory is a measurement scale used to assess the dominance of a person's right or left hand in everyday activities, sometimes referred to as laterality. The inventory can be used by an observer assessing the person, or by a person self-reporting hand use. The latter method tends to be less reliable due to a person over-attributing tasks to the dominant hand.

The Edinburgh Handedness Inventory was published in 1971 by Richard Charles Oldfield [1] and has been used in various scientific studies [2] [3] as well as popular literature. [4] 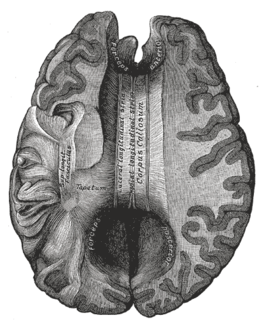 The octave illusion is an auditory illusion discovered by Diana Deutsch in 1973. It is produced when two tones that are an octave apart are repeatedly played in alternation ("high-low-high-low") through stereo headphones. The same sequence is played to both ears simultaneously; however when the right ear receives the high tone, the left ear receives the low tone, and conversely. Instead of hearing two alternating pitches, most subjects instead hear a single tone that alternates between ears while at the same time its pitch alternates between high and low. 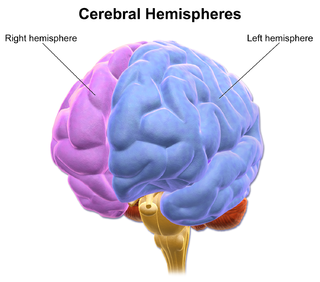 Expressive language disorder is a communication disorder in which there are difficulties with verbal and written expression. It is a specific language impairment characterized by an ability to use expressive spoken language that is markedly below the appropriate level for the mental age, but with a language comprehension that is within normal limits. There can be problems with vocabulary, producing complex sentences, and remembering words, and there may or may not be abnormalities in articulation. 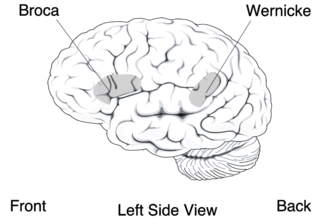 Ocular dominance, sometimes called eye preference or eyedness, is the tendency to prefer visual input from one eye to the other. It is somewhat analogous to the laterality of right- or left-handedness; however, the side of the dominant eye and the dominant hand do not always match. This is because both hemispheres control both eyes, but each one takes charge of a different half of the field of vision, and therefore a different half of both retinas. There is thus no direct analogy between "handedness" and "eyedness" as lateral phenomena.

The human secondary somatosensory cortex is a region of cortex in the parietal operculum on the ceiling of the lateral sulcus. 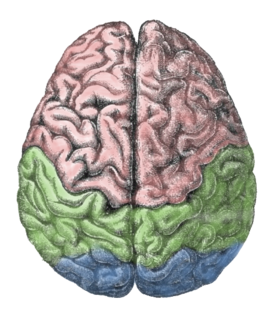 The lateralization of brain function is the tendency for some neural functions or cognitive processes to be specialized to one side of the brain or the other. The medial longitudinal fissure separates the human brain into two distinct cerebral hemispheres, connected by the corpus callosum. Although the macrostructure of the two hemispheres appears to be almost identical, different composition of neuronal networks allows for specialized function that is different in each hemisphere.

Passerine birds produce song through the vocal organ, the syrinx, which is composed of bilaterally symmetric halves located where the trachea separates into the two bronchi. Using endoscopic techniques, it has been observed that song is produced by air passing between a set of medial and lateral labia on each side of the syrinx. Song is produced bilaterally, in both halves, through each separate set of labia unless air is prevented from flowing through one side of the syrinx. Birds regulate the airflow through the syrinx with muscles—M. syringealis dorsalis and M. tracheobronchialis dorsalis—that control the medial and lateral labia in the syrinx, whose action may close off airflow. Song may, hence, be produced unilaterally through one side of the syrinx when the labia are closed in the opposite side. 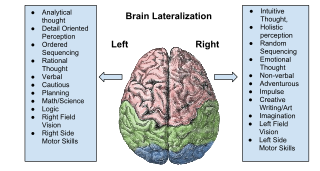 Bias against left-handed people is bias or design that is usually unfavorable against people who are left-handed. Part of this is due to design in the world which is often right-hand biased. Handwriting is one of the biggest sources of actual disadvantage for left-handed people, other than for those forced to work with certain machinery. About 90 percent of the world's population is right-handed, so many common articles are designed for efficient use by right-handed people, and may be inconvenient, painful, or even dangerous for left-handed people to use. These may include school desks, kitchen implements, and tools ranging from simple scissors to hazardous machinery such as power saws. 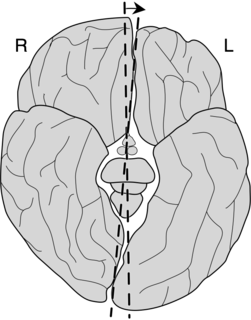 Dichotic listening is a psychological test commonly used to investigate selective attention and the lateralization of brain function within the auditory system. It is used within the fields of cognitive psychology and neuroscience.

The manner in which a person folds arms is one of the clearest dynamic morphological characteristics by which each person can be assigned to one of two alternative phenotypes. Once adopted, manner of arms folding across the chest does not change throughout the lifetime and persons easily give up the unusual folding position, most commonly at the first attempt. It has been shown that the phenotypes of these properties are distributed independently with left-handed and right-handed people.

An estimated 90% of the world's human population consider themselves to be right-handed. The human brain's control of motor function is a mirror image in terms of connectivity; the left hemisphere controls the right hand and vice versa. This theoretically means that the hemisphere contralateral to the dominant hand tends to be more dominant than the ipsilateral hemisphere, however this is not always the case and there are numerous other factors which contribute in complex ways to physical hand preference.