The Fock space is an algebraic construction used in quantum mechanics to construct the quantum states space of a variable or unknown number of identical particles from a single particle Hilbert space H. It is named after V. A. Fock who first introduced it in his 1932 paper "Konfigurationsraum und zweite Quantelung". [1] [2]

Technically, the Fock space is (the Hilbert space completion of) the direct sum of the symmetric or antisymmetric tensors in the tensor powers of a single-particle Hilbert space H,

is the operator which symmetrizes or antisymmetrizes a tensor, depending on whether the Hilbert space describes particles obeying bosonic

statistics, and the overline represents the completion of the space. The bosonic (resp. fermionic) Fock space can alternatively be constructed as (the Hilbert space completion of) the symmetric tensors

). For every basis for H there is a natural basis of the Fock space, the Fock states.

, the complex scalars, consists of the states corresponding to no particles,

the states of one particle,

A general state in

is a vector of length 1 called the vacuum state and

is a complex coefficient,

is a state in the single particle Hilbert space and

is a complex coefficient,

is a complex coefficient,
etc.

The convergence of this infinite sum is important if

is to be a Hilbert space. Technically we require

to be the Hilbert space completion of the algebraic direct sum. It consists of all infinite tuples

such that the norm, defined by the inner product is finite

particle norm is defined by

i.e. the restriction of the norm on the tensor product

the inner product on

is then defined as

where we use the inner products on each of the

-particle Hilbert spaces. Note that, in particular the

particle subspaces are orthogonal for different

which describes a collection of

particles, one of which has quantum state

and so on up to the

th particle, where each

is any state from the single particle Hilbert space

. Here juxtaposition (writing the single particle kets side by side, without the

When we speak of one particle in state

, it must be borne in mind that in quantum mechanics identical particles are indistinguishable. In the same Fock space, all particles are identical. (To describe many species of particles, we take the tensor product of as many different Fock spaces as there are species of particles under consideration). It is one of the most powerful features of this formalism that states are implicitly properly symmetrized. For instance, if the above state

is fermionic, it will be 0 if two (or more) of the

are equal because the antisymmetric (exterior) product

. This is a mathematical formulation of the Pauli exclusion principle that no two (or more) fermions can be in the same quantum state. In fact, whenever the terms in a formal product are linearly dependent; the product will be zero for antisymmetric tensors. Also, the product of orthonormal states is properly orthonormal by construction (although possibly 0 in the Fermi case when two states are equal).

A useful and convenient basis for a Fock space is the occupancy number basis. Given a basis

, we can denote the state with

, and no particles in the remaining states, by defining

takes the value 0 or 1 for fermionic particles and 0, 1, 2, ... for bosonic particles. Note that trailing zeroes may be dropped without changing the state. Such a state is called a Fock state. When the

are understood as the steady states of a free field, the Fock states describe an assembly of non-interacting particles in definite numbers. The most general Fock state is a linear superposition of pure states.

Two operators of great importance are the creation and annihilation operators, which upon acting on a Fock state add or respectively remove a particle in the ascribed quantum state. They are denoted

for annihilation respectively. To create ("add") a particle, the quantum state

is symmetric or exterior- multiplied with

; and respectively to annihilate ("remove") a particle, an (even or odd) interior product is taken with

, which is the adjoint of

. It is often convenient to work with states of the basis of

so that these operators remove and add exactly one particle in the given basis state. These operators also serve as generators for more general operators acting on the Fock space, for instance the number operator giving the number of particles in a specific state

Often the one particle space

, the space of square-integrable functions on a space

(strictly speaking, the equivalence classes of square integrable functions where functions are equivalent if they differ on a set of measure zero). The typical example is the free particle with

etc. Consider the space of tuples of points which is the disjoint union

It has a natural measure

and the restriction of

. The even Fock space

can then be identified with the space of symmetric functions in

whereas the odd Fock space

can be identified with the space of anti-symmetric functions. The identification follows directly from the isometric mapping

is an antisymmetric function on

. It can thus be naturally interpreted as an element of the

-particle sector of the odd Fock space. The normalization is chosen such that

are orthonormal. There is a similar "Slater permanent" with the determinant replaced with the permanent which gives elements of

-sector of the even Fock space.

Relation to the Segal–Bargmann space

[3] of complex holomorphic functions square-integrable with respect to a Gaussian measure:

Then defining a space

as the nested union of the spaces

is isomorphic to a bosonic Fock space. The monomial

corresponds to the Fock state

The Riesz representation theorem, sometimes called the Riesz–Fréchet representation theorem after Frigyes Riesz and Maurice René Fréchet, establishes an important connection between a Hilbert space and its continuous dual space. If the underlying field is the real numbers, the two are isometrically isomorphic; if the underlying field is the complex numbers, the two are isometrically anti-isomorphic. The (anti-) isomorphism is a particular natural one as will be described next; a natural isomorphism.

Second quantization, also referred to as occupation number representation, is a formalism used to describe and analyze quantum many-body systems. In quantum field theory, it is known as canonical quantization, in which the fields are thought of as field operators, in a manner similar to how the physical quantities are thought of as operators in first quantization. The key ideas of this method were introduced in 1927 by Paul Dirac, and were developed, most notably, by Vladimir Fock and Pascual Jordan later.

In physics, a sigma model is a field theory that describes the field as a point particle confined to move on a fixed manifold. This manifold can be taken to be any Riemannian manifold, although it is most commonly taken to be either a Lie group or a symmetric space. The model may or may not be quantized. An example of the non-quantized version is the Skyrme model; it cannot be quantized due to non-linearities of power greater than 4. In general, sigma models admit (classical) topological soliton solutions, for example, the Skyrmion for the Skyrme model. When the sigma field is coupled to a gauge field, the resulting model is described by Ginzburg–Landau theory. This article is primarily devoted to the classical field theory of the sigma model; the corresponding quantized theory is presented in the article titled "non-linear sigma model". 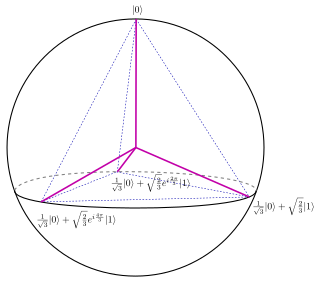 In probability theory, a branch of mathematics, white noise analysis, otherwise known as Hida calculus, is a framework for infinite-dimensional and stochastic calculus, based on the Gaussian white noise probability space, to be compared with Malliavin calculus based on the Wiener process. It was initiated by Takeyuki Hida in his 1975 Carleton Mathematical Lecture Notes.