Forest Hill Cemetery is located in Madison, Wisconsin, and was one of the first U.S. National Cemeteries established in Wisconsin. [1] [2]

After the first permanent European-American settlers arrived in Madison in the 1830s, the first non-native burials occurred on the current University of Wisconsin–Madison campus, near Bascom Hill. In the following years other areas within the area were established as informal burying grounds and the first official village cemetery was established in 1847 near what is now Orton Park.

In the mid-1850s, a committee was formed to search for another appropriate site in the area to form an official Madison cemetery. The committee members chose the current site, then on the far west side of the city and subsequently bought the original 80 acres (320,000 m2) of land for $10,000 from John and Mary Wright. The Wrights had obtained the land from land speculator James Duane Doty, who had obtained it from Alanson Sweet. Sweet was a territorial council member from Milwaukee who led the fight that made Madison the territorial capitol of Wisconsin.

In 1863 the city sold a portion of land from the original purchase to the Roman Catholic Societies for $170. They in turn developed that property into a Catholic cemetery, now known as Resurrection Cemetery.

In the 1860s a receiving vault was built on site. During and following the Civil War, the Soldiers Lot [3] and Confederate Lot were created and in 1865 a well was dug near the plot of Governor Harvey and a windmill was erected over it. In 1878 a chapel was built following a contribution by the family of John Catlin.

The cemetery protects seven precontact effigy mounds, dating from 700 to 1200 CE. The earthworks are shaped like a goose flying down a slope toward Lake Wingra, two panthers, and a linear shape. Three more linear mounds have been destroyed by cemetery development and the goose's head was destroyed by grading for the railroad. [4] The mound group is listed on the National Register of Historic Places in 1974. [5]

A section of the cemetery is known as Confederate Rest. On it lie about 140 Confederate prisoners of war who died while in confinement in a Union camp in Madison, Camp Randallǂ, [6] in 1862. [7] A stone marker or cenotaph lists the names of 132 [8] of the prisoners who died in custody. In October 2018, the Madison City Council voted 16 to 2 to remove the marker with the list of buried prisoners, overturning the Landmarks Commission, which had denied a permit to remove the marker, [9] which was built in 1906. [10] The eradication of the cenotaph was seen by some in city government as a "reparation," [11] and was supported by the Equal Opportunities Commission of the city government. [12]

The removal of the cenotaph was opposed by the Dane County Historical Society. [13] The editorial board of the Wisconsin State Journal, noting Confederate Rest is the northernmost Confederate graveyard in the nation, also opposed the removal. [14]

Alexander Wiley was an American politician who served four terms in the United States Senate for the state of Wisconsin from 1939 to 1963. When he left the Senate, he was its most senior Republican member. 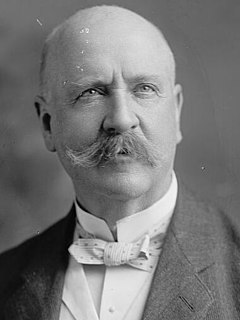 Augustus Octavius Bacon was a Confederate soldier, segregationist, and U.S. politician. A member of the Democratic Party, he served as a U.S. Senator from Georgia, becoming the first Senator to be directly elected after the ratification of the 17th Amendment, and rose to the position of president pro tempore of the United States Senate. Controversy arose during the American Civil Rights Movement over a provision in his will that created a racially segregated park in his hometown of Macon, which led to two U.S. Supreme Court decisions. He was also a slave owner. 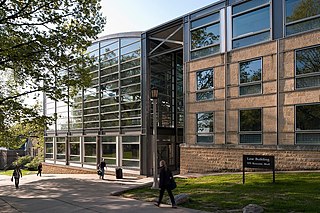 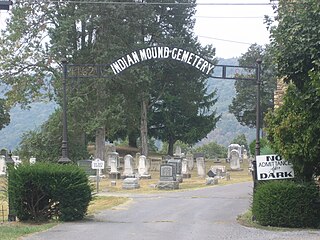 Forest Home Cemetery is a historic rural cemetery located in the Lincoln Village neighborhood of Milwaukee, Wisconsin and is the final resting place of many of the city's famed beer barons, politicians and social elite. Both the cemetery and its Landmark Chapel are listed on the National Register of Historic Places and were declared a Milwaukee Landmark in 1973. 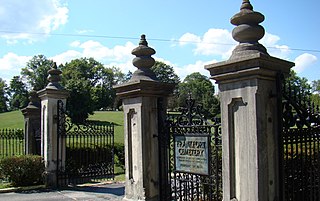 The Frankfort Cemetery is a historic rural cemetery located on East Main Street in Frankfort, Kentucky. The cemetery is the burial site of Daniel Boone and contains the graves of other famous Americans including seventeen Kentucky governors and a Vice President of the United States. 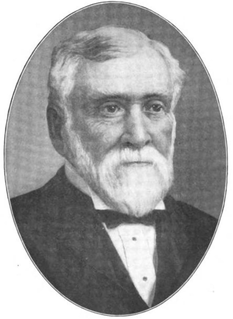 Orsamus R. Cole was an American lawyer and judge. He served as the 6th Chief Justice of the Wisconsin Supreme Court, and, until 2013, was the longest-serving justice in the Court's history, with nearly 37 years on the high court. He also represented Wisconsin's 2nd congressional district in the U.S. House of Representatives for the 31st Congress (1849–1850). His name is frequently misspelled as Orasmus. 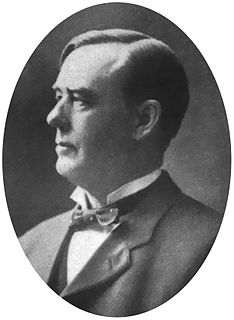 Nils Pederson Haugen was a Norwegian American immigrant, lawyer, and politician. He served four terms in the United States House of Representatives, representing western Wisconsin. He was a leading member of the Progressive Movement in Wisconsin and a national expert on tax reform. The village of Haugen, Wisconsin, in Barron County, was named after him.

The Confederate Soldiers and Sailors Monument was a large granite monument that sat at the south entrance of Garfield Park in Indianapolis for nearly a century, before being removed in 2020. It commemorated the Confederate prisoners of war that died at Camp Morton. At 35 feet (11 m) tall and located in the city's oldest public park, it had been the most prominent of the very few Confederate memorials in the Union state of Indiana. It was dismantled and removed by the city of Indianapolis in June 2020 after a yearslong debate, part of a national wave of removal of Confederate memorials during the Black Lives Matter movement.

Since the 1960s, many municipalities in the United States have removed monuments and memorials on public property dedicated to the Confederate States of America, and some, such as Silent Sam in North Carolina, have been torn down by protestors. Efforts to remove Confederate memorials increased in the late 2010s after high-profile incidents including the Charleston church shooting (2015), the Unite the Right rally (2017), and the murder of George Floyd (2020). The removals have been driven by historical analysis that the monuments express and re-enforce white supremacy; memorialize an unrecognized, treasonous government, the Confederacy, whose founding principle was the perpetuation and expansion of slavery; and that the presence of these Confederate memorials over a hundred years after the defeat of the Confederacy continues to disenfranchise and alienate African Americans.

Confederate Rest, in Forest Hill Cemetery, Madison, Wisconsin, is the northernmost Confederate graveyard in the nation. 140 Confederate prisoners of war who died under Union captivity lie in it.