The building was built for Noordeen Hajiar Abdul Gaffoor, one of the country's pioneer jewellers and gem stone traders. [1] Gaffoor established N. D. H. Abdul Gaffoor & Sons (Export of Gems, Pearls, & Jewelry, Import of Diamonds) at the Bristol Hotel in Colombo in 1894. He was one of a few merchants who received exclusive permission to board ships in the Colombo harbour to sell gems and jewellery. In 1901 Gaffoor was granted the privilege of exhibiting pearls, diamonds, rubies and sapphires and art works to the Prince and Princess of Wales during their Royal visit. He took part in a number of world exhibitions including, the St. Louis World's Fair in 1904, All Ceylon Exhibition in 1912, the British Empire Exhibition in 1924 and the Philadelphia World Fair in 1925, all of which further enhanced his and his company's reputation. [2] His younger brother, N. H. M. Abdul Cader, was one of the Muslim representatives on the Legislative Council, serving between 1917 and 1930. [3]

The building was completed in 1915 and was described as being "one of the largest and finest commercial structures in Colombo". [4] The building not only provided space for Gaffoor's jewellery emporium, but also provided office space on the upper floors for many of Ceylon's most prominent companies and trading houses; well-known tenants included H. W. Cave & Co (the country's premier bookshop), Mackwoods Ltd, Holland-Ceylon Commercial Co and the Rubber and Produce Traders (Ceylon) Ltd.

In October 1947 the office of Australian High Commissioner to Sri Lanka (which at the time was the Dominion of Ceylon) was relocated from the Galle Face Hotel to the Gaffoor Building. In 1950 it was relocated to the Grand Oriental Hotel. [5]

The Gaffoor Building was gazetted as a 'Protected Monument' under the Antiquities Ordinance on 4 October 2000, due to its historical value. In 2008 the Commissioner at the Department of Archeology, Dr. Senarath Dissanayake noted that the "building is in very bad condition and the money spent on its conservation is expected to be in the range of several millions of rupees." "It is in a dilapidated condition and on the verge of collapsing. The worst thing is the water that seeps underneath making the foundation weak." [6] The building was subject to unauthorised works, with a portion of the building being converted into a car park despite it being declared as a heritage building. [6]

In 2012 a consortium of international investors proposed to redevelop the building into a 40-storey 300 room boutique hotel, at an investment of over US$ 90 million, inclusive of the value of the land. The major impediment to the redevelopment was the lack of clarity as to who the legal owners of the building were. The title to the building was with the EAP Group and the Edirisinghe family however there were a number of other claimants, including the descendants of the Gaffoor family, who lodged injunctions against building's sale. In addition the building was occupied by squatters and the investors were concerned that they might demand adverse possession of the building. Both issues had the potential to significantly delay the acquisition and redevelopment of the site. [7]

It was subsequently purchased by the Sri Lanka Ports Authority (SLPA) and the ownership was transferred to the Urban Development Authority (UDA). [8] In 2014 the UDA chairman, Nimal Perera, announced that the authority would be reconstructing and renovating the building, in order to redevelop it as a 63 room hotel, with the ground floor accommodating up to six supermarkets. [9] The hotel would be operated by the City Hotels Group and the works would be undertaken by the Sri Lanka Navy under the instructions of the UDA. [10] 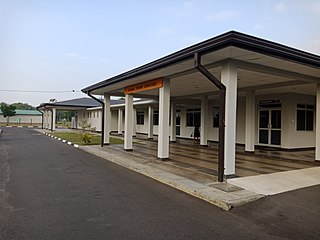 Jaffna International Airport, formerly known as Palaly Airport and Jaffna Airport, is an international airport serving northern Sri Lanka. It is also a military airbase known as Sri Lanka Air Force Palaly or SLAF Palaly. The airport is located in the town of Palaly near Kankesanthurai, 7 nautical miles north of the city of Jaffna. It resides at an elevation of 10 m (34 ft) and has one runway designated 05/23 with an asphalt surface measuring 1,400 by 30 metres.

TheMemon People arrived in Ceylon from Sindh region in the year 1870s. Sunni Hanafi Muslim by origin, the Memon people are entrepreneurs and traders who settled in Ceylon for business opportunities during the colonial period. Some of these people came to the country as far back as the Portuguese period. Memons arrived during the British period from the Kathiawar region during the Partition of India in 1947. Majority of Memons arrived in Sri Lanka were from the historical village called Kutiyana, in Junagadh District, State of Gujarat, India. Along with the Kathiawar Memons, many Other Memon families from out of the popular Kathiawar Memon villages also arrived, and they are known and identified as the Mir, Pinjara, Allahrakha, khatri and Mulla within the Memon community in Sri Lanka. Sri Lankan Memons are strictly following the traditional and cultural values of the International Memon community. Memons in Sri Lanka are represented by the Memon Association of Sri Lanka. 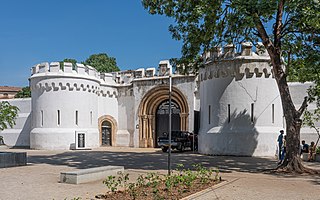 Bogambara Prison was a maximum security prison and the second largest prison in the country after Welikada Prison in Colombo, Sri Lanka. After operating for 138 years, the prison was closed on 1 January 2014, and the inmates were transferred to the new Dumbara prison complex in Pallekele. In 2019, the government declared the prison site would become a cultural tourism centre, the Bogambara Cultural Park. 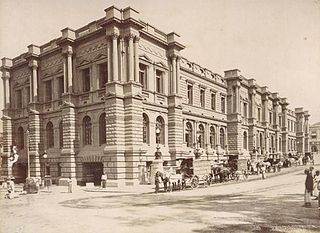 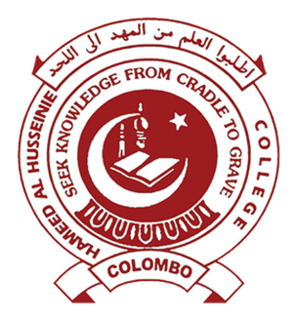 The George Steuart Group of Companies is Sri Lanka’s oldest mercantile establishment, having been established in 1835 during British occupation of Ceylon. It is the oldest surviving mercantile firm in the country, with a recorded history dating back to the early 19th century, and is the first on the register of companies in Sri Lanka 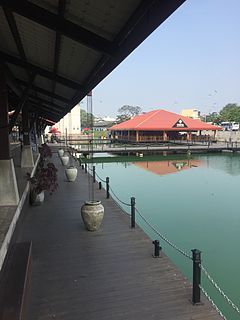 The Pettah Floating Markets are located on Bastian Mawatha in Pettah, a neighborhood in Colombo, Sri Lanka, and consist of 92 trade stalls, with a number of the stalls established on boats on Beira Lake. The floating market serves as a tourist attraction selling local produce and local handicraft. 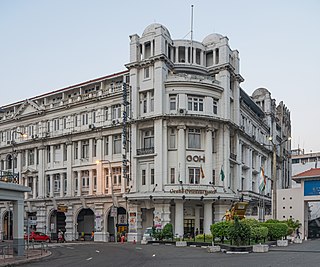 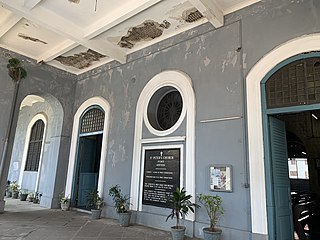 St. Peter's Church is one of the oldest continuously functioning churches in Colombo, Sri Lanka. It is located on Church Street in Colombo Fort, on the northern side of the Grand Oriental Hotel.

Ibrahim Adaham Abdul Cader, known as I. A. Cader was a Sri Lankan lawyer and member of the Parliament of Sri Lanka.