Cargills (Ceylon) PLC is a Sri Lankan Retail, FMCG, Banking and Restaurant company which is listed on the Colombo Stock Exchange. The controlling interest in the company is held by Ceylon Theatres PLC. [2]

In 1844 British businessman William Milne started ‘Milne & Company', [3] general warehousemen, importers of oilman stores etc, [4] with branches in Kandy and Galle. In 1850 Milne was joined by his friend, David Sime Cargill, [5] and the firm became ‘Milne, Cargill & Co'. [6] In 1860 Milne retired from business in Ceylon and moved back to Scotland to form a company in Glasgow to look after the business of Cargill & Co. in the UK. Cargill became sole partner until he was joined by David MacKenzie and the name was changed to ‘Cargill & Co’. The company had a Colombo office at the intersection of Price and York Streets in Colombo Fort, a Kandy office at Upper Lake Road and an office in Galle Fort at 22 Pedlar Street. The Galle office was closed down in 1863. In 1890 the business expanded with the purchase of 'Medical Hall,’ a chemist and druggist company. Cargills also established another company, ‘Sime & Co.’, [6] which sold lower quality goods. In 1896 Cargill & Co. was converted into a Limited Liability Company registered in Glasgow. [4] [6] Two years later, the company bought James McLaren &Co.’s business in Nuwara Eliya, establishing a branch there.

The iconic Cargills building in the centre of Colombo Fort was originally the residence of Captain Pieter Sluysken, the former Dutch military commander of Galle. [7] It was subsequently occupied by the first British Governor of Ceylon, Sir Frederick North, who lived there for a short time before moving to a spacious villa in Hulftsdorp. The building was acquired by Cargills in 1896, while D.S. Cargill was Chairman, Walter Hamilton the Director and William Jenkins was General Manager. Construction of the current building commenced in 1902, it was designed by Edward Skinner, built by Walker Sons and Company and completed in 1906. A foundation stone dated 1684 and a wooden statue of Minerva (Roman goddess of wisdom, arts and trade), [7] both retrieved from the gable end of Sluysken's house, are preserved by the ground floor lift. By 1909 employed "an executive staff of 32 Europeans and 600 hands." [7]

Following a successful bid by Sir Chittampalam A. Gardiner the business was incorporated as a Public limited company on 1 March 1946. [7]

In 1981 Ceylon Theatres acquired a controlling interest in the company [7] and Albert A. Page was appointed the Managing Director. Page went on to become the Chairman of Cargills on 26 November 1982.

Under the new management, Cargills explored the potential of innovating on its trading legacy. As a result, in 1983 Cargills established the first supermarket chain in Sri Lanka with the opening of its first outlet at Staple Street.

Cargills ventured into the production of processed meats in 1993 when the Company invested in its first manufacturing facility, Cargills Quality Foods, in Mattakkuliya. In 1996 Cargills acquired the franchise license for KFC and innovated on its secret recipe to deliver products that suited the local palate.

Cargills began sourcing fruits and vegetables directly from farmers in 1999 when it established its first collection centre in Hanguranketha. In 2002 it invested in a dairy processing plant and thereby expanded its outgrower network to include dairy farmers. Cargills Magic ice cream was the outcome of this endeavor. In the same year Cargills diversified into agri-processing with Cargills Kist which created further market opportunities for farmers.

In 2010 Cargills undertook an aggressive expansion plan in the FMCG sector to ride the growth potential of a growing economy. During that year the Company expanded its interests in the dairy sector by acquiring Kotmale Holdings PLC [8] and entered another growing category with the acquisition of Diana Biscuits now marketed under the Kist brand. [9]

In 2011, Cargills entered the soft alcohol industry by completing the acquisition of the McCallum Brewery and its brands. In the same year the Company secured a provisional commercial banking license from the Central Bank of Sri Lanka.

Cargills acquired the franchise license for T.G.I. Friday's and opened its first restaurant at Colombo Fort in October 2013. In April 2014 Cargills Bank commenced business operations and in the same year the Cargills Group kickstarted a restructuring initiative which saw Cargills exiting the soft alcohol business. As part of this restructuring, Cargills entered into agreement with the International Finance Corporation (IFC) for equity investment into the Cargills Retail sector

Cargills is involved in retailing goods through the following brands:

Cargills is involved in food manufacturing through the following sub brands: 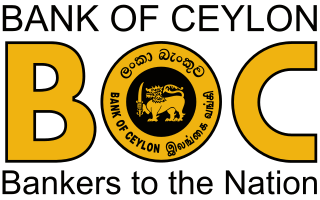 Bank of Ceylon is a state-owned, major commercial bank in Sri Lanka. Its head office is located in an iconic cylindrical building in Colombo, the political and commercial capital of the island. 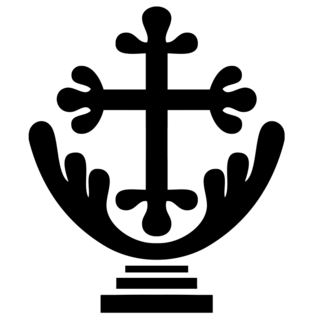 The Church of Ceylon is the Anglican Church in Sri Lanka. It is an extra-provincial jurisdiction of the Archbishop of Canterbury, who serves as its Metropolitan. It was established in 1845 with the appointment of the first Bishop of Colombo, James Chapman, and until 1950 it consisted of a single diocese; in that year a second diocese was established at Kurunegala.

Nations Trust Bank PLC is one of the listed banks in Sri Lanka with 96 branches, 127 ATMs and 48 cash deposit & withdrawal machines as well as an automated channels and is the issuer and sole acquirer for American Express Credit Cards in Sri Lanka. Nation Trust Bank's major shareholders are John Keells Holdings and Central Finance Company PLC which are leading companies in their respective operating sectors in Sri Lanka.

John Keells Holdings PLC (JKH) is Sri Lanka’s largest listed company in the Colombo Stock Exchange. From managing hotels and resorts in Sri Lanka and the Maldives to providing port, marine fuel and logistics services to IT solutions, manufacturing of food and beverages to running a chain of supermarkets, tea broking to stock broking, life insurance and banking to real estate, the Group of companies has made our presence felt in virtually every major sphere of the economy.

Hayleys PLC is a Sri Lankan multinational & diversified conglomerate. Hayleys single-handedly accounts for approximately 3.2% of Sri Lanka's export income, and 3.6% of the country's tea and 3.9% of its rubber production. The Company operates over 16 business sectors: Eco Solutions, Hand Protection, Purification, Agriculture, Consumer & Retail, Leisure, Textile Manufacturing, Construction Materials, Plantations, Industrial Solutions, Power & Energy, Transportation and Logistics, BPO, Tea Exports, Projects & Engineering, and Investments & Services. Hayleys comprises over 130 business units and subsidiaries, 9 of which are publicly listed in the Colombo Stock Exchange. The company has over 35,000 employees. Hayley was also the first listed entity in the country to surpass annual revenue of US$ 1 billion in Fiscal Year 2017/18.

Cargills Square is a shopping mall in the city of Jaffna in northern Sri Lanka. The mall is located in the heart of the city at the junction of Hospital Street and Mahathma Gandhi Road, opposite Jaffna Hospital. Work on the Rs.500 million shopping and entertainment complex started in September 2011. The mall opened in the last quarter of 2013. The mall was designed by the Colombo based MMGS Architects.

Cargills Bank Limited is a licensed commercial bank in Sri Lanka. It received its license from Central Bank of Sri Lanka to operate domestic and offshore banking business on 21 January 2014 and was ceremonially opened on 30 June 2014. At present the bank consists of 17 branches island-wide with the head office based in Kollupitiya.

Union Bank of Colombo PLC, commonly referred to as UBC, is a commercial bank in Sri Lanka. It is licensed by the Central Bank of Sri Lanka, the central bank and national banking regulator.

Walker Sons and Company is an engineering firm established in Kandy in 1854 by a Scottish engineer, John Walker, as John Walker and Co. It is the seventh oldest operating company in Sri Lanka.

C T Holdings formerly known as Ceylon Theatres Limited is one of the largest publicly traded companies in Sri Lanka.

Cinnamon Hotels & Resorts, trading as John Keells Hotels is a major Sri Lankan hospitality company. The company was recognised as the most valuable hospitality brand in Sri Lanka for 2019 with a brand equity of seven billion Sri Lankan Rupees. Philip Kotler, the renowned marketing author included a 10-page reference of the company in his 2010 co-authored book, Asian Competitors: Marketing For Competitiveness In The Age Of Digital Consumers on the effective use of social media and various digital initiatives.