The Kingsbury, formerly the Ceylon Continental Hotel Colombo and the Ceylon Inter-Continental Hotel, is a nine-story hotel located at 48, Janadhipathi Mawatha in the city centre of Colombo, Sri Lanka. It was built by U. N. Gunasekera, and is owned by Hotel Services (Ceylon) PLC, which is a subsidiary of Hayleys PLC. It was refurbished and reopened in January 2013. [1]

It was one of the sites targeted during the 2019 Sri Lanka bombings that occurred on Easter Sunday. [2]

Thakur Artha Niranjan Joseph De Silva Deva Aditya,, known as Nirj Deva, is a British politician. A member of the Conservative Party, he served as a Member of the European Parliament for South East England from 1999 to 2019. He was a Member of Parliament (MP) in the British House of Commons from 1992 to 1997, for the seat of Brentford and Isleworth. 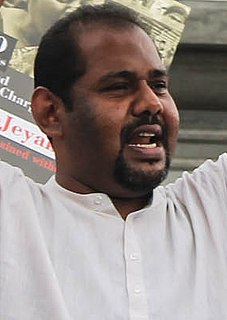 Gajendrakumar Gangaser Ponnambalam is a Sri Lankan Tamil lawyer, politician and Member of Parliament. He is the leader of the All Ceylon Tamil Congress, a member of the Tamil National People's Front.

John Keells Holdings PLC (JKH) is Sri Lanka’s largest listed company in the Colombo Stock Exchange. From managing hotels and resorts in Sri Lanka and the Maldives to providing port, marine fuel and logistics services to IT solutions, manufacturing of food and beverages to running a chain of supermarkets, tea broking to stock broking, life insurance and banking to real estate, the Group of companies has made our presence felt in virtually every major sphere of the economy.

Hayleys PLC was founded in 1878 and has since become one of Sri Lanka's largest multinational & diversified conglomerate. Hayleys single-handedly accounts for approximately 3.2% of Sri Lanka's export income, and 3.6% of the country's tea and 3.9% of its rubber production. With over 30,000 employees, Hayley was also the first listed entity in the country to surpass annual revenue of US$ 1 billion in Fiscal Year 2017/18.The Company operates over 16 business sectors: Eco Solutions, Hand Protection, Purification, Agriculture, Consumer & Retail, Leisure, Textile Manufacturing, Construction Materials, Plantations, Industrial Solutions, Power & Energy, Transportation and Logistics, BPO, Tea Exports, Projects & Engineering, and Investments & Services. Hayleys comprises over 130 business units and subsidiaries, 9 of which are publicly listed in the Colombo Stock Exchange.

Melstacorp PLC is a Sri Lankan diversified conglomerate. It is listed in the Colombo Stock Exchange. Melstacorp PLC is one of the 10 largest listed companies. It has a market capitalization of approximately USD 450 million.

Ceylon Tobacco Company PLC (CTC) is a Sri Lankan tobacco company engaged in the manufacture, marketing and export of cigarettes. It is a subsidiary of British American Tobacco.

Kulappu Arachchige Don Dhammika Perera, known commonly as Dhammika Perera is a Sri Lankan entrepreneur/business magnate and philanthropist, and Chairman/Managing Director of Vallibel One PLC. He is considered as a very successful investor which made him one of the richest persons in Sri Lanka. Dhammika is best recognized as an icon of expertise in corporate re-engineering and revival owing to his uncanny ability to choose his investment portfolio across sectors. He owns nearly 23 companies and regarded as a pioneer of Sri Lankan economic growth after the end of Sri Lankan Civil War. He is also known for frequently addressing the required policy framework for the country.

Cargills Square is a shopping mall in the city of Jaffna in northern Sri Lanka. The mall is located in the heart of the city at the junction of Hospital Street and Mahathma Gandhi Road, opposite Jaffna Hospital. Work on the Rs.500 million shopping and entertainment complex started in September 2011. The mall opened in the last quarter of 2013. The mall was designed by the Colombo based MMGS Architects. 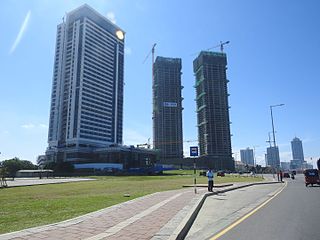 Shangri-La Colombo is a 5-star hotel in Colombo, Sri Lanka. Owned by Shangri-La Hotels, the property is part of the larger One Galle Face development project at the site of the Old Army Headquarters. It is the second Shangri-La hotel on the island and the 101st hotel of the chain of Shangri-La Hotels world-wide. The hotel was opened on 11 November 2017. The property has 500 rooms, and has room to accommodate up to 2,000 conference guests. 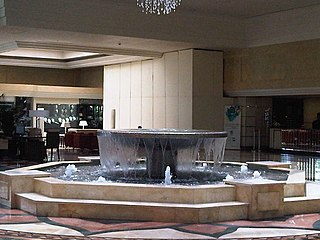 The Tropical Inn is a small hotel located in the suburb of Dehiwala-Mount Lavinia, Sri Lanka, situated opposite the National Zoological Gardens of Sri Lanka.

Cinnamon Hotels & Resorts, trading as John Keells Hotels is a major Sri Lankan hospitality company. The company was recognised as the most valuable hospitality brand in Sri Lanka for 2019 with a brand equity of seven billion Sri Lankan Rupees. Philip Kotler, the renowned marketing author included a 10-page reference of the company in his 2010 co-authored book, Asian Competitors: Marketing For Competitiveness In The Age Of Digital Consumers on the effective use of social media and various digital initiatives.

Amaya Resorts & Spas, trading as Amaya Leisure PLC, is a Sri Lankan hospitality company. The company is listed on the Colombo Stock Exchange on March 11th, 1996 and Sri Lankan conglomerate, Hayleys owns a controlling stake of 61.66% of the company's stocks. In 2020, Amaya Resorts & Spas ranked 87th amongst the top 100 most valuable brands in Sri Lanka by Brand Finance.