Originally from Doncaster, Yorkshire, Rix joined Arsenal as an apprentice in 1974 and turned professional the year after. He made his debut for the club against Leicester City on 2 April 1977, and marked it by scoring the opening goal. Rix immediately became a regular on the left wing, replacing George Armstrong. Together with Liam Brady, he formed part of an impressive attacking midfield, which helped Arsenal to three successive cup finals between 1978 and 1980. Arsenal only won one of these, in 1979 against Manchester United; the final score was 3–2, with Rix crossing for Alan Sunderland's last-minute winner, just seconds after United had equalised to level the score 2–2. [3] [4]

Arsenal reached the Cup Winners' Cup final the following season, against Valencia; the match finished 0–0 after extra time – a penalty shootout ensued, but Rix missed his kick and Arsenal lost. After the departure of Liam Brady to Juventus that summer, many believed Rix would also leave but he stayed at the club, and became captain in 1983. Arsenal's form slumped in the early 1980s, though, meaning Rix was unable to claim any silverware as skipper. Arsenal won the 1986-87 League Cup; Rix was not part of the squad for the final against Liverpool but he contributed three appearances en route. [5] [3] [4]

A series of injuries to his achilles tendon kept Rix out of the team in the mid-1980s, and he lost his starting place in the side to Martin Hayes. Rix spent a spell on loan at Brentford, before being released in 1988. In all, he played 464 times for the Gunners, scoring 51 goals. [6] [3] [4]

After leaving the London club, Rix was the subject of offers from Sheffield Wednesday as well as Queens Park Rangers, but he instead signed for French club Caen, where he would spend three years before transferring to Le Havre, and then played in Scotland for Dundee before announcing his retirement as a player in 1993. [7] [6]

Rix joined Chelsea as youth team coach in mid-1993. During an injury crisis, he briefly enlisted as a player for the club, playing a solitary Premier League match in May 1995 against his old side Arsenal. Rix became assistant manager in 1996 under new Blues boss Ruud Gullit, and continued in the same role under Gullit's successor Gianluca Vialli, winning the FA Cup in 1997, and the League Cup and Cup Winners' Cup in 1998. He won the FA Cup again in 2000, before leaving the club, after a brief spell as caretaker manager following Vialli's sacking by Ken Bates. [9]

Rix managed Portsmouth between 2001 and 2002, where his enthusiastic style of management started well, but tapered off in the middle of the 2001–02 season. A string of poor results, including a 4–1 home loss in the FA Cup to bottom of the Football League Leyton Orient, [10] meant that Director of Football Harry Redknapp was given more responsibilities until he eventually replaced Rix as team manager toward the end of the season. Rix then managed Oxford United for seven months in 2004. Their form declined sharply during the last three months of the 2003–04 Division Three campaign: they fell from the automatic promotion places to ninth in the final table, failing to achieve a playoff place. He was sacked after their poor form continued into 2004–05, where he led the club nearer to the relegation zone than to the play-offs.

In November 2005, after speculation linking him with the manager's job at Scottish Premier League club Heart of Midlothian, it was confirmed that Rix would take over at Tynecastle. He officially took the position of head coach on 8 November 2005. [11] Events reported in February 2006, by Scottish newspapers, suggested that Rix was unhappy with Vladimir Romanov's "hands on" approach and speculation increased that Romanov was involved in team selection. On 22 March 2006 Rix was sacked as manager after just four months in charge, with the club citing poor results as the reason. [12]

On 13 August 2012, Rix was named the first manager of Central FC, [13] which was a newly formed club founded by former Trinidad and Tobago international football player Brent Sancho, that competed in the TT Pro League. [14] Rix recorded his first league win with Central FC on 19 October 2012 with a 1–0 win over Police. [15] Rix and Central FC parted ways through mutual consent on 21 December 2012. [16]

Rix has a daughter from his first marriage with Gill. After getting divorced, he married his second wife, Linda. [22] In April 2017, Rix suffered a heart attack. [23]

In March 1999, Rix was sentenced to 12 months in prison, of which he served six, for having underage sex with a 15-year-old girl. [24] He was placed on the sex offender registry for 10 years and banned by the FA from working with youth players under the age of 16. In 2013 he told The Independent that he thought she was of legal age. [25] [26] On his release from prison, he immediately returned to his old job. He subsequently claimed that there were "mitigating circumstances" in the case, saying "I know the true story that I've never ever said". [26]

In 2018, Rix, along with assistant manager Gwyn Williams, was accused of racism and physical assault by multiple Chelsea trainees who were of school-age at the time. Both denied the allegations. After a seven-month investigation, the police decided there was insufficient evidence to take any action. [27]

Chelsea Football Club is an English professional football club based in Fulham, London. Founded in 1905, the club competes in the Premier League, the top division of English football. Chelsea are among England's most successful clubs, having won over thirty competitive honours, including six league titles and six European trophies. Their home ground is Stamford Bridge.

Ruud Gullit is a Dutch football manager and former footballer who played professionally in the 1980s and 1990s as an attacking midfielder, midfielder or forward. Widely regarded as one of the greatest players of all time, he captained the Netherlands national team that was victorious at UEFA Euro 1988 and was also a member of the squad for the 1990 FIFA World Cup and Euro 1992.

Watford Football Club is an English professional football club based in Watford, Hertfordshire. They will play in the Premier League, the first tier of English football, in the 2021/2022 season. 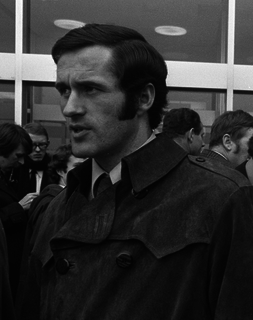 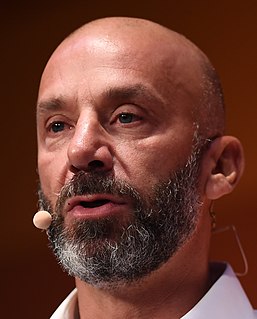 Gianluca Vialli is an Italian former football manager and player who played as a striker. Since retiring, he has gone into management, punditry and worked previously as a commentator for Sky Sport Italia.

David Anthony O'Leary is an Irish football manager and former player. His managerial career began at Leeds United, and later he managed Aston Villa. He most recently worked as the manager of Al-Ahli Dubai. The majority of his 20-year playing career was spent as a central defender at Arsenal. O'Leary's tally of 722 appearances for the North London side stands as a club record.

Raymond Colin Wilkins, was an English football player and coach.

Stewart Mackie Houston is a Scottish former football player and coach who played as a left-back. Born in Dunoon, he began his professional career in 1967 with Chelsea, before moving across London to Brentford in 1972. After 18 months with Brentford, he joined Manchester United, where he spent seven years, making 250 appearances. He then spent three years with Sheffield United, and another three with Colchester United to end his career. He also made one appearance for the Scotland national team in 1975. 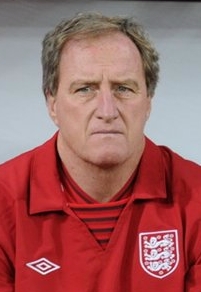 The 2012–13 TT Pro League season was the fourteenth season of the TT Pro League, the Trinidad and Tobago professional league for association football clubs, since its establishment in 1999. A total of eight teams contested the league, with W Connection the defending champions. The season began on 14 September 2012 and ended on 10 May 2013 with the crowning of Defence Force as the league champion.

The 2013–14 TT Pro League season was the fifteenth season of the TT Pro League, the Trinidad and Tobago professional league for association football clubs, since its establishment in 1999. A total of nine teams contested the league, with Defence Force the defending champions. The season began on 13 September 2013 and concluded on 20 May 2014 with the crowning of W Connection as the league champion.

Central Football Club is a Trinidad and Tobago professional football club, based in California, that plays in the TT Pro League. Founded in 2012, the Sharks were the 21st team to join the Pro League and plays its home matches in Ato Boldon Stadium located in nearby Couva.