Kejuan Waliek Muchita (born May 21, 1974), better known by his stage name Havoc, is an American rapper and record producer. He was one half of the hip-hop duo Mobb Deep with Prodigy.

Havoc is from Queensbridge, Queens; but was born in Brooklyn. Havoc is 1/2 of the iconic hip hop duo Mobb Deep, and in addition to producing nearly the entire Mobb Deep catalogue, has also produced songs for MCs such as The Notorious B.I.G., Eminem, Nas, Raekwon, 50 Cent, 112, Method Man, Mariah Carey, Puff Daddy, LL Cool J, Rohff, Big Noyd, Lil Kim, Capone-N-Noreaga, Foxy Brown, Onyx, and his partner Prodigy on his solo work. In 2005, Mobb Deep recorded for fellow Queens rapper 50 Cent's record label G-Unit Records and left the label in 2009, in a mutually agreed to release. [1]

Havoc is renowned as one of the most iconic figures in New York hip hop. Popular music magazine Complex ranked Havoc among the top hip hop producers of 1995 after The Infamous. [2] Beattips.com ranked him as the 24th most influential beatmaker of all time [3] citing his dual abilities of rapping and producing. Following The Infamous , he tweaked his skills and transitioned to a more atmospheric production style that incorporated samples from classical music, most notably visible on the 1996 album Hell on Earth . As a rapper, he is known for his hardcore lyricism and consistent flow. He also contributed background vocals and a verse on Black Moon's debut album Enta da Stage in 1993.

In July 2009, Havoc was featured alongside in J Dilla's music video for "24K Rap" off of the Jay Stay Paid album, the video was directed by Derek Pike. In 2010, Havoc produced a beat for Eminem which resulted in a song called "Untitled" which is a hidden track on Eminem's album Recovery and contributed to the iTunes bonus track to Raekwon's album Shaolin vs. Wu-Tang & Bad Meets Evil's Hell: The Sequel EP. He revealed that he plans on recording a new Mobb Deep album with Nas. [4] His third studio album 13 was released on May 7, 2013.

Havoc worked with Kavinsky on his 2013 album OutRun. He wrote the lyrics and sang the vocals for, "Suburbia", the sixth track on the album. [5] In 2016, Havoc produced "Real Friends" and "Famous", two tracks on Kanye West's album The Life of Pablo . [6]

His original productions have been featured in numerous commercially successful films, well known television series and popular video games, and he is a character in Def Jam: Fight For NY. [7] Havoc produced the New York Yankees official 2020 anthem, "Squad Up", which features verses from both Havoc and Method Man.

In July 2012, Havoc wrote a series of derogatory comments about Prodigy on Twitter, after Prodigy denied engaging in homosexual relationships in prison. [8] At first, Havoc claimed that his Twitter account was hacked. [9] However, he later confirmed that he wrote the tweets and expressed his frustrations with Prodigy in an interview with AllHipHop. [10] He stated that Mobb Deep was on an "indefinite hiatus" until the duo worked out their differences. Havoc later released a diss track aimed at Prodigy, which was titled "Separated (Real from the Fake)". [11] Prodigy did not respond to Havoc's song and, even stated publicly, that Mobb Deep would eventually reconcile. [12] In March 2013, the duo announced that they had reconciled and were going on tour. [13]

Havoc is a playable character in the video game Def Jam: Fight for NY . 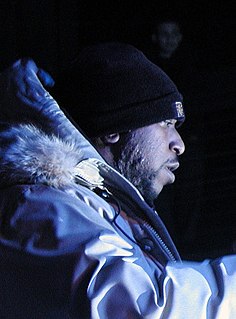 Nathaniel Thomas Wilson, better known by his stage name Kool G Rap, is an American rapper from Queens. He began his career in the mid-1980s as one half of the group Kool G Rap & DJ Polo and as a member of the Juice Crew. He is often cited as one of the most influential and skilled MCs of all time, and a pioneer of mafioso rap/street/hardcore content and multisyllabic rhyming. On his album The Giancana Story, he stated that the "G" in his name stands for "Giancana", but on other occasions he has stated that it stands for "Genius". 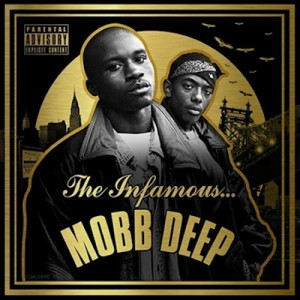 The Infamous Mobb Deep is the eighth and final studio album by American hip hop duo Mobb Deep, which is composed of Havoc and Prodigy. The album was released on April 1, 2014, by Prodigy's Infamous Records and Sony's RED Distribution. The Infamous Mobb Deep is a double album that consists of one disc of new original music and another of unreleased tracks from the recording sessions from their second studio album The Infamous (1995). The album has been in development since 2011, but was delayed by a feud that occurred between Havoc and Prodigy during 2012. However, they shortly reconciled. 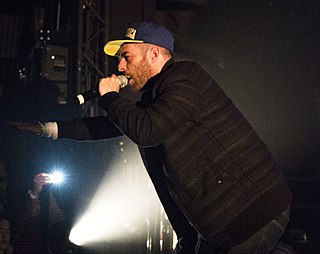 Daniel Alan Maman, professionally known as The Alchemist, is an American musician, record producer, DJ, rapper and songwriter. He began his music career in 1991 in the hip hop duo The Whooliganz under the moniker Mudfoot, along with now-actor Scott Caan. After rising to prominence in the late 1990s, as a close associate of Dilated Peoples and Mobb Deep, he went on to produce for many of hip hop's leading artists in the 2000s, and has been hailed as one of the genre's leading producers. He produces for many artists, most of his recent production is for a close group of frequent collaborative rappers. He focuses on producing entire albums for rappers and instrumental projects of his own. He is currently Eminem's official DJ. 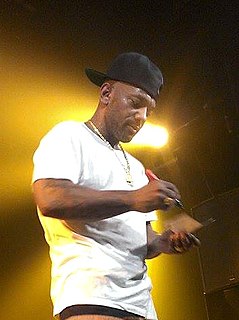 Albert Johnson, better known by his stage name Prodigy, was an American rapper, author, and entrepreneur. With Havoc, he was one half of the hip hop duo Mobb Deep.

The Infamous is the second studio album by the American hip hop duo Mobb Deep. It was released on April 25, 1995, by Loud Records. The album features guest appearances by Nas, Raekwon, Ghostface Killah, and Q-Tip, who also contributed to its production and mixing. Most of the leftover songs from the album became bonus tracks for Mobb Deep's The Infamous Mobb Deep album (2014). 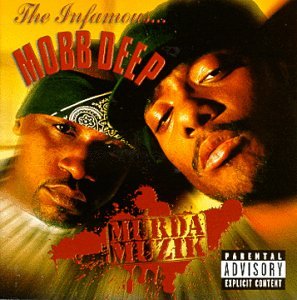 Murda Muzik is the fourth studio album by Mobb Deep, which was released on August 17, 1999. It features one of the group's best-known tracks, "Quiet Storm." It is also the duo's most commercially successful album to date, for shipping over 1 million copies in the United States and was certified Platinum by the RIAA on October 26, 1999, debuting at #3 on the Billboard 200 charts. Murda Muzik also garnered positive reviews from The Source and Allmusic, among others. A censored version of the album, titled Mobb Muzik, was released simultaneously. Since its release the album has been certified 2x platinum. 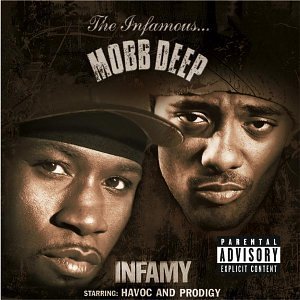 Infamy is the fifth studio album by the American hip hop duo Mobb Deep. Infamy was released after Jay-Z dissed Prodigy and Nas on his song "Takeover," from Jay-Z's 2001 album, The Blueprint, which caused Prodigy to strike back on the Track "Crawlin". Infamy has been certified Gold by the RIAA, selling over 800,000 copies in the United States of America. It has been successful critically as well as commercially, getting good scores from The Source and HipHopDX, as well as Allmusic and Rolling Stone magazine.

Rotten Apple is the second studio album by American rapper Lloyd Banks, released October 10, 2006 via G-Unit and Interscope. The title of the album is a play on the New York City nickname, "The Big Apple". The album cover also resembles the cover of the film, King of New York. 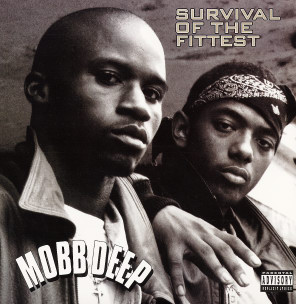 "Survival of the Fittest" is a song by American hip hop duo Mobb Deep from their second studio album, The Infamous (1995). It was released as the second single from the aforementioned album on May 29, 1995 by Loud Records. The song was produced by Havoc, using a sample of the 1976 song "Skylark" by The Barry Harris Trio and Al Cohn.

Episodes of a Hustla is the debut album by American rapper Big Noyd, released on December 10, 1996, by Tommy Boy Records. He recorded the album after making his name as a rapper on Mobb Deep's The Infamous and Hell on Earth albums. Most of the album was produced by Mobb Deep's Havoc and features guest appearances by Prodigy. Big Noyd's lyrics use violent, disturbing imagery to boast his rapping skills. Episodes of a Hustla charted at number 59 on the Top R&B/Hip-Hop Albums.The album is now out of print.

Only The Strong is the second album by Big Noyd.

The discography of Prodigy, an American rapper and one half of the hip hop duo Mobb Deep, consists of 5 studio albums, 3 collaborative albums, 1 EP, 5 mixtapes and 17 singles.

Marc Shemer,, better known by his stage name Scram Jones, is a producer, DJ and emcee from New Rochelle, New York. He has produced music for the Wu-Tang Clan, Mariah Carey, Jae Millz, Saigon, and Lloyd Banks. As an emcee he has been featured alongside Nas, Saigon, Styles P, Kool G Rap and Immortal Technique. He has also been featured in The Source magazine's "Unsigned Hype" column. Scram Jones is jewish. 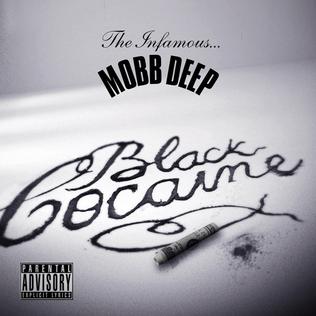 Black Cocaine is an EP by hip hop duo Mobb Deep, and the duo's first release following Prodigy's release from prison. The project was announced by producer The Alchemist through his Twitter account. The songs "Conquer", "Get It Forever" and "Waterboarding" were later featured as bonus tracks on their 2014 album The Infamous Mobb Deep.

H.N.I.C. 3 is the third studio album by American hip hop recording artist Prodigy of gangsta rap duo Mobb Deep. The album was released on July 3, 2012 under Infamous Records. The album is the third and final installment of Prodigy's H.N.I.C. series. The album features guest appearances from Wiz Khalifa, T.I., Willie Taylor of Day26 and his Mobb Deep cohort Havoc. The album's production was handled by Sid Roams, Beat Butcha, Young L, S.C., Ty Fyffe and T.I., as well as Prodigy's frequent collaborator The Alchemist. H.N.I.C. 3 debuted at #105 on the Billboard 200 chart. 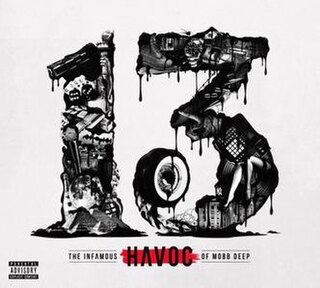 13 is the third solo studio album by American rapper Havoc, one-half of the hip hop duo Mobb Deep. The album was released on May 7, 2013 by Nature Sounds. The singles "Tell Me to My Face", "Gone" and "Life We Chose" have been released. The album features guest appearances from Styles P, Raekwon, Lloyd Banks, Masspike Miles, Royce da 5'9" and Twista.