A well-preserved Bronze Age burial mound is located near the junction of Queensway and High Street Green the plaque reads "'TUMULUS' "Within this enclosure, is a Round Barrow or Burial Mound from the early Bronze Age Circa 1700 BC". [1]

Old maps show the pre development area to have been agricultural with some small-scale brick making.

It was the sixth new town district to begin construction with work starting in 1959. It was largely complete by 1966. A former branch railway line that linked Hemel Hempstead with nearby Harpenden, called the Nicky Line runs through the district. This is now closed and forms a long-distance foot and cycle path. [2]

Like other neighbourhoods in the new town, it is centered on a local shopping centre called 'The Heights', which opened in 1962. There is a new town designed pub called The Royal Stag opened in 1964 (shut in 2015 to make way for a new Tesco) close by a second shopping parade called 'Bellgate'. This is named after a former pub which predated the new town, called the 'Bellgate Inn' [2] further down the Redbourne Road (now Allandale; corner of St Mary's Road, formerly Bell Road; WillCW); the pub is now called the 'The Old Bell Gate' just as 'The Bell' in the High Street is now 'The Old Bell'.

Hemel Hempstead is a large town in Hertfordshire, England, which was originally developed as a new town. Located 24 miles (39 km) northwest of London, it is part of the Greater London Urban Area. The population according to the 2011 Census was 97,500. 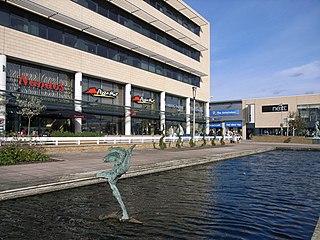 Harlow is a town and local government district in the west of Essex, England. A new town, situated on the border with Hertfordshire and London, Harlow occupies a large area of land on the south bank of the upper Stort Valley, which has been made navigable through other towns and features a canal section near its watermill. Old Harlow is a village-size suburb founded by the early medieval age and most of its high street buildings are early Victorian and residential, mostly protected by one of the Conservation Areas in the district. In Old Harlow is a field named Harlowbury, a de-settled monastic area which has the remains of a chapel, a scheduled ancient monument. 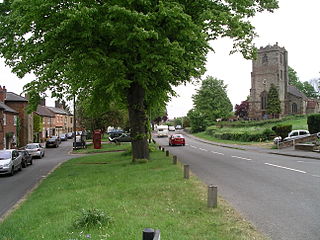 Brinklow is a village and parish in the Rugby district of Warwickshire, England. It is about halfway between Rugby and Coventry, and has a population of 1,041, increasing to 1,101 at the 2011 census. 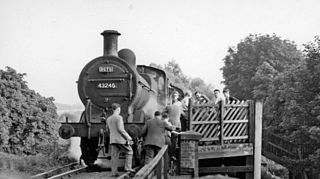 Litcham is a village and civil parish in the English county of Norfolk. It is situated some 10 km (6.2 mi) north-east of the town of Swaffham and 40 km (25 mi) west of the city of Norwich. The village is located on the B1145 a route which runs between King's Lynn and Mundesley.

Smithfield is part of the Rexdale neighbourhood in the northwestern area of Etobicoke, in the City of Toronto, Ontario, Canada. Some new residents of Toronto and new immigrants to Canada are attracted to this neighbourhood, mainly because there is a large amount of affordable public housing. It is named after the former village of Smithfield that was located at the intersection of Albion Road and Martin Grove Road. 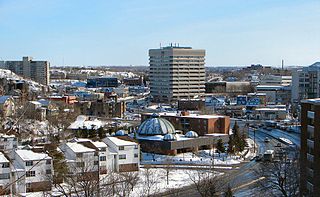 This is a list of neighbourhoods in the urban core of Greater Sudbury, Ontario. This list includes only those neighbourhoods that fall within the pre-2001 city limits of Sudbury — for communities within the former suburban municipalities, see the articles Capreol, Nickel Centre, Onaping Falls, Rayside-Balfour, Valley East and Walden. 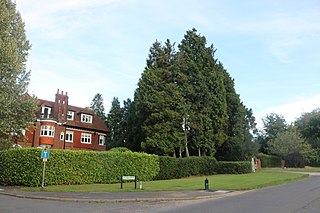 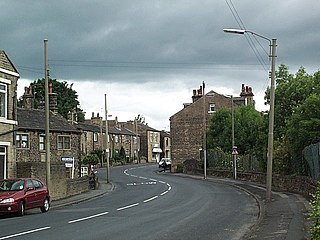 Idle is a residential suburban area in the city of Bradford, West Yorkshire, in England and was a separate village, and before that it was the Manor of Idle. Idle is loosely bordered by the areas of Eccleshill, Wrose, Thackley, Apperley Bridge, and Greengates, in the north-east of the city.

Hemel Hempsted station was a railway station in the town of Hemel Hempstead in Hertfordshire, England. UK. It was opened in 1877 by the Midland Railway and was originally the terminus of the Nickey Line, a now-defunct branch line which provided railway services to Chiltern Green and Luton and later to Harpenden.