First mentioned by economist Albert O. Hirschman in his 1982 book Shifting Involvements [1] the Hirschman cycle attempts to describe cycles in American political power. Simply put, the Hirschman cycle states that since the Industrial Revolution American society has regularly shifted between focus on private interest and public action. One example occurred in the 1960s when newly affluent Americans perhaps became dissatisfied with acquisition of goods and turned to political action. [2] 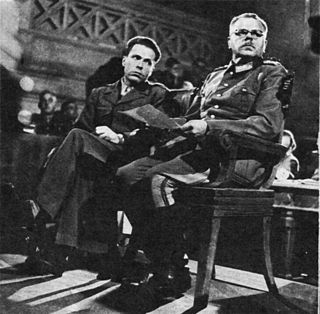 Albert Otto Hirschman was an influential economist and the author of several books on political economy and political ideology. His first major contribution was in the area of development economics. Here he emphasized the need for unbalanced growth. Because developing countries are short of decision making skills, he argued that disequilibria should be encouraged to stimulate growth and help mobilize resources. Key to this was encouraging industries with a large number of linkages to other firms. 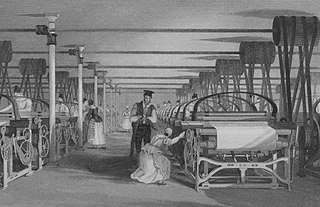 The Industrial Revolution was the transition to new manufacturing processes in Europe and the US, in the period from about 1760 to sometime between 1820 and 1840. This transition included going from hand production methods to machines, new chemical manufacturing and iron production processes, the increasing use of steam power and water power, the development of machine tools and the rise of the mechanized factory system. The Industrial Revolution also led to an unprecedented rise in the rate of population growth. 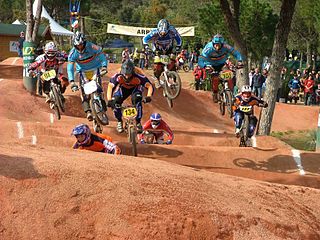 BMX, an abbreviation for bicycle motocross or bike motocross, is a cycle sport performed on BMX bikes, either in competitive BMX racing or freestyle BMX, or else in general on- or off-road recreation. BMX began when young cyclists appropriated motocross tracks for fun, racing and stunts, eventually evolving specialized BMX bikes and competitions.

The shift key is a modifier key on a keyboard, used to type capital letters and other alternate "upper" characters. There are typically two shift keys, on the left and right sides of the row below the home row. The shift key's name originated from the typewriter, where one had to press and hold the button to shift up the case stamp to change to capital letters; the shift key was first used in the Remington No. 2 Type-Writer of 1878; the No. 1 model was capital-only.

The Popular Action is a political party in Peru. 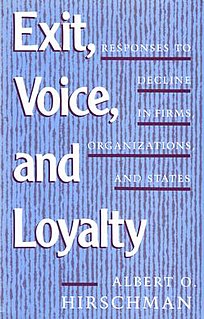 Exit, Voice, and Loyalty (1970) is a treatise written by Albert O. Hirschman (1915–2012). The work hinges on a conceptual ultimatum that confronts consumers in the face of deteriorating quality of goods: either exit or voice. 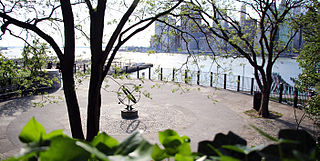 The Social Science Research Council (SSRC) is a US-based independent nonprofit organization dedicated to advancing research in the social sciences and related disciplines. Established in Manhattan in 1923, it today maintains a headquarters in Brooklyn Heights with a staff of approximately 70, and small regional offices in other parts of the world on an as-needed basis.

Christian Voice is an American conservative political advocacy group, known as part of the Christian right within U.S. politics. It is a project of the American Service Council. In 1980, Christian Voice claimed 107,000 members including 37,000 pastors from 45 denominations. Christian Voice was headquartered at the Heritage Foundation in the 1970s and 1980s and is currently located in suburban Washington, D.C., in Alexandria, Virginia.

Sidney George Tarrow is an emeritus professor of political science and sociology, known for his research in the areas of comparative politics, social movements, political parties, collective action and political sociology.

Jack Hirschman is an American poet and social activist who has written more than 50 volumes of poetry and essays.

Herbert Hirschman was a television producer and director. He produced such famous shows as Perry Mason and the fourth season of The Twilight Zone. 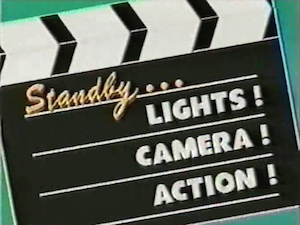 Standby...Lights! Camera! Action! is an American educational television series hosted by Leonard Nimoy. The program aired on Nickelodeon from October 1982 to December 31, 1987. Episodes of the show include interviews with film crew members and examine the stages of production for various motion pictures in a behind-the-scenes format.

In economics, nonmarket forces are those acting on economic factors from outside the market system. They include organizing and correcting factors that provide order to market and other societal institutions and organizations – economic, political, social and cultural – so that they may function efficiently and effectively as well as repair their failures.

Hirschman or Hirschmann may refer to:

Polyethnicity refers to the proximity of people from different ethnic backgrounds within a country or other specific geographic region. It also relates to the ability and willingness of individuals to identify themselves with multiple ethnicities. It occurs when multiple ethnicities inhabit a given area, specifically through means of immigration, intermarriage, trade, conquest and post-war land-divisions. This has had many political and social implications on countries and regions. 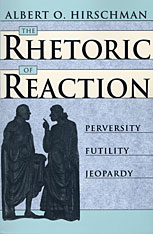 The Rhetoric of Reaction: Perversity, Futility, Jeopardy is a book by theorist Albert O. Hirschman, which styles the rhetoric of conservativism in opposition to social change as consisting of three narratives: perversity,futility, and jeopardy, and that, further, these narratives are simplistic and flawed, and cut off debate. After a historical examination of his thesis, he discusses corresponding progressive narratives, and proposes a new framework.

The ACBL King or Queen of Bridge is a graduating high school senior annually designated by the American Contract Bridge League. A $1000 scholarship accompanies the title.

The Hiding Hand principle is a theory that offers a framework to examine how ignorance intersects with rational choice to undertake a project; this intersection is seen to provoke creative success over the obstacles through the deduction that is too late to abandon the project. The term was coined by economist Albert O. Hirschman.

Constituent Voice is a performance management and measurement method developed by Keystone Accountability to enable organisations addressing social issues to improve their results by improving relationships with their constituents. Like customer satisfaction measurement, which is its consumer sector analogue, Constituent Voice treats measurement as an aspect of an intervention that not only provides metrics but contributes directly to outcomes by increasing the engagement of intended beneficiaries.