Technostructure is the group of technicians, analysts within an organisation (enterprise, administrative body) with considerable influence and control on its economy. The term was coined by the economist John Kenneth Galbraith in The New Industrial State (1967). It usually refers to managerial capitalism where the managers and other company leading administrators, scientists, or lawyers retain more power and influence than the shareholders in the decisional and directional process. [1]

The power struggle between the technostructure and the shareholders was first evoked by Thorstein Veblen in "The Theory of the Leisure Class" (1899), questioning who, among the managers and the shareholders, should control the enterprise. At the time and until the end of the 1980s, the shareholders, unable to effectively regroup and organise themselves, could not exert enough pressure to effectively counter the managerial decision-making process. After the Second World War, the rapid augmentation of shareholders further diluted their collective power. This was perceived, by Galbraith, as a divorce between the property of the capital and the direction of the enterprise.

Since the technostructure is composed of a hierarchical system of influential employees inside the enterprise, its primary goal is not to maximize their profits but rather survival, continuous growth and maximal size. While it must maintain acceptable relations with their shareholders, hegemonic growth is more beneficial to the technostructure.

As the structures of control and adaptation that the technostructure designs are more necessary when something changes, technostructure is in favour of constant change. [2] That happens even if they are not useful for the organisation itself. [2] On the other hand, Mintzberg thinks that such changes tend to be cautious, as technostructure tries to standardise the work of all other parts of the organisation, and major changes make that harder. [2]

The lack of control of the technostructure resulted in managerial abuse notably on its salaries during the economic crisis of the 1970s. It prompted support for new economic ideologies like the School of Chicago under Milton Friedman. Furthermore, the Employee Retirement Income Security Act of 1974 forced a much greater transparency from businesses and possible opposition to their decisions. In the 1980s, the rising and influential neoliberal ideology decried the divorce between the capital and the decisions. Based on the belief of a new emerging economy, neoliberal economic theories were introduced at the end of the 1980s forcing managerial capitalism to yield to the shareholders.

The prime objective of the neoliberal economic theories is the maximization of the profits in order to maximize stock value. This, quite evidently, greatly differed from the objectives of the technostructure which caused massive restructuring in the 1990s. In order to maximize profits, enterprises now had to take draconian measures to cut expenses and ensure profits for the shareholders. This greatly encouraged the exportation of manual or simple tasks to foreign countries where labour is much less expensive and caused massive layoffs in developed countries. Likewise, it reduced salaries and caused a decline in income of the working class. Paradoxically, the salaries of the managers increased and the constant demand for profits played an important role in the accounting scandals in 2002.

Capitalism is an economic system based on the private ownership of the means of production and their operation for profit. Central characteristics of capitalism include capital accumulation, competitive markets, a price system, private property and the recognition of property rights, voluntary exchange and wage labor. In a capitalist market economy, decision-making and investments are determined by owners of wealth, property, or production ability in capital and financial markets—whereas prices and the distribution of goods and services are mainly determined by competition in goods and services markets.

State capitalism is an economic system in which the state undertakes business and commercial economic activity and where the means of production are nationalized as state-owned enterprises. The definition can also include the state dominance of corporatized government agencies or of public companies such as publicly listed corporations in which the state has controlling shares. 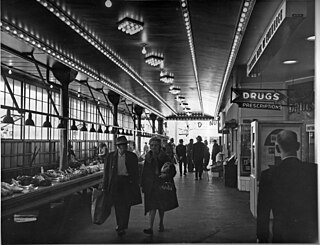 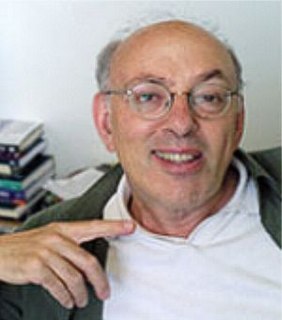 Henry Mintzberg is a Canadian academic and author on business and management. He is currently the Cleghorn Professor of Management Studies at the Desautels Faculty of Management of McGill University in Montreal, Quebec, Canada, where he has been teaching since 1968.

An organizational structure defines how activities such as task allocation, coordination, and supervision are directed toward the achievement of organizational aims.

In social science and economics, corporate capitalism is a capitalist marketplace characterized by the dominance of hierarchical and bureaucratic corporations.

The Lange model is a neoclassical economic model for a hypothetical socialist economy based on public ownership of the means of production and a trial-and-error approach to determining output targets and achieving economic equilibrium and Pareto efficiency. In this model, the state owns non-labor factors of production, and markets allocate final goods and consumer goods. The Lange model states that if all production is performed by a public body such as the state, and there is a functioning price mechanism, this economy will be Pareto-efficient, like a hypothetical market economy under perfect competition. Unlike models of capitalism, the Lange model is based on direct allocation, by directing enterprise managers to set price equal to marginal cost in order to achieve Pareto efficiency. By contrast, in a capitalist economy managers are instructed to maximize profits for private owners, while competitive pressures are relied on to indirectly lower the price to equal marginal cost. 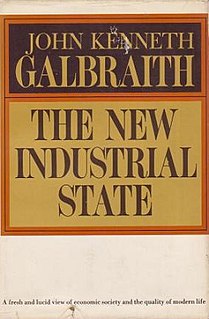 Economic planning is a resource allocation mechanism based on a computational procedure for solving a constrained maximization problem with an iterative process for obtaining its solution. Planning is a mechanism for the allocation of resources between and within organizations contrasted with the market mechanism. As an allocation mechanism for socialism, economic planning replaces factor markets with a procedure for direct allocations of resources within an interconnected group of socially owned organizations which together comprise the productive apparatus of the economy.

Managerialism involves belief in the value of professional managers and of the concepts and methods they use. Contemporary writers on management such as Thomas Diefenbach associate managerialism with hierarchy. But scholars have also linked managerialism to control, to accountability and measurement, and to an ideologically determined belief in the importance of tightly-managed organizations, as opposed to individuals or to groups that do not resemble an organization.

The Friedman doctrine, also called shareholder theory or stockholder theory, is a normative theory of business ethics advanced by economist Milton Friedman which holds that a firm's sole responsibility is to its shareholders. This shareholder primacy approach views shareholders as the economic engine of the organization and the only group to which the firm is socially responsible. As such, the goal of the firm is to maximize returns to shareholders. Friedman argues that the shareholders can then decide for themselves what social initiatives to take part in, rather than have an executive whom the shareholders appointed explicitly for business purposes decide such matters for them. The Friedman doctrine has been very influential in the corporate world but has also attracted criticism.

Oliver E. Williamson hypothesised (1964) that profit maximization would not be the objective of the managers of a joint stock organisation. This theory, like other managerial theories of the firm, assumes that utility maximisation is a manager’s sole objective. However it is only in a corporate form of business organisation that a self-interest seeking manager maximise his/her own utility, since there exists a separation of ownership and control. The managers can use their ‘discretion’ to frame and execute policies which would maximise their own utilities rather than maximising the shareholders’ utilities. This is essentially the principal–agent problem. This could however threaten their job security, if a minimum level of profit is not attained by the firm to distribute among the shareholders.