Just received his Ph.D. from University of California, Berkeley, in 2001, after which he joined the Charles H. Dyson School of Applied Economics and Management at Cornell University as an assistant professor; he was appointed professor in 2014. [1]

As of 2018 he had authored or co-authored around 100 peer-reviewed publications and had written a textbook, “Introduction to Behavioral Economics.” [1] [2]

In academic publishing, a retraction is the action by which a published paper in an academic journal is removed from the journal. Online journals typically remove the retracted article from online access. 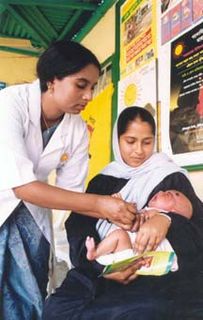 Preventive healthcare, or prophylaxis, consists of measures taken for disease prevention. Disease and disability are affected by environmental factors, genetic predisposition, disease agents, and lifestyle choices, and are dynamic processes which begin before individuals realize they are affected. Disease prevention relies on anticipatory actions that can be categorized as primal, primary, secondary, and tertiary prevention.

Brian Wansink is a former American professor and researcher who worked in consumer behavior and marketing research. He is the former executive director of the USDA's Center for Nutrition Policy and Promotion (CNPP) (2007–2009) and held the John S. Dyson Endowed Chair in the Applied Economics and Management Department at Cornell University, where he directed the Cornell Food and Brand Lab. 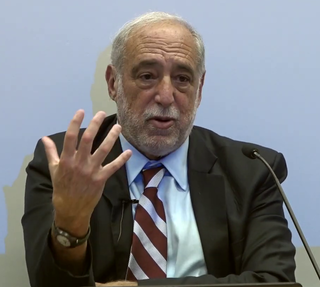 Barry S. Zuckerman is Professor and Chair Emeritus of the Department of Pediatrics at Boston University School of Medicine/Boston Medical Center. He started the Division of Developmental and Behavioral Pediatrics at the Boston University School of Medicine and Boston City Hospital and was one of 12 founders of the Society of Developmental and Behavioral Pediatrics. He was appointed chair of Pediatrics in 1993 and was asked to be First Medical Director of Boston Medical Center when Boston City Hospital merged with University Hospital. He is a co-founder of Reach Out and Read, a national childhood literacy program in the United States, founder of Medical-Legal Partnership, and co-founder of Health Leads, Healthy Steps, and the Nutrition & Fitness for Life pediatric obesity program, all of which have transformed pediatric care for low-income families. Most recently, along with colleagues, he developed a free app for pediatric primary care called "Small Moments, Big Impact" to promote the mother-infant relationship and emotional well-being for low-income mothers from birth through the first six months of their baby's life.

Harald Walach is a German parapsychologist and researcher of alternative medicine.

Anil Potti is a physician and former Duke University associate professor and cancer researcher, focusing on oncogenomics. He, along with Joseph Nevins, are at the center of a research fabrication scandal at Duke University. On 9 November 2015, the Office of Research Integrity (ORI) found that Potti had engaged in research misconduct. According to Potti's voluntary settlement agreement with ORI, Potti can continue to perform research with the requirement of supervision until year 2020, while he "neither admits nor denies ORI's findings of research misconduct." As of 2020 Potti, who is employed at the Cancer Center of North Dakota, has had 11 of his research publications retracted, one publication has received an expression of concern, and two others have been corrected.

Screen time is the amount of time spent using a device with a screen such as a smartphone, computer, television, or video game console. The concept is under significant research with related concepts in digital media use and mental health. Studies show that screen time directly impact child development, and mental and physical health. The positive or negative health effects of screen time are influenced by levels and content of exposure. To prevent harmful exposure to screen time, some governments have placed regulations on its usage.

School meal programs in the United States provide school meals free of charge, or at a government-subsidized price, to U.S. students from low-income families. These free or subsidized meals have the potential to increase household food security, which can improve children's health and expand their educational opportunities. A study of a free school meal program in the United States found that providing free meals to elementary and middle school children in areas characterized by high food insecurity led to increased school discipline among the students.

Frank DeStefano FACPM is a medical epidemiologist and researcher at the Centers for Disease Control and Prevention, where he is director of the Immunization Safety Office.

Ellen Wright Clayton is an American Rosalind E. Franklin Professor of genetics and chairwoman of the Institute of Medicine Board at the Population Health and Public Health Practice who became a 2013 recipient of the David Rall Medal.

Dimitri Alexander Christakis is an American pediatrician, researcher, and author from Seattle, Washington.

Michael Waldman is an American economist, academic and researcher. He is the Charles H. Dyson Professor in Management and Professor of Economics at Cornell University’s Samuel Curtis Johnson Graduate School of Management.

Sophie Jamal is a Canadian endocrinologist and former osteoporosis researcher who was at the centre of a scientific misconduct case in the mid-to-late 2010s. Jamal published a high-profile paper suggesting that the heart medication nitroglycerin was a treatment for osteoporosis, and was later demonstrated to have misrepresented her results. She received a lifetime ban from receiving funding from the Canadian Institutes of Health Research and was named directly in their disclosure report, becoming the first person mentioned by name by the institute for scientific misconduct. Jamal was later stripped of her medical license for two years, regaining it in a controversial 3–2 decision.