Deadsy is an American industrial rock/industrial metal band from Los Angeles, California, United States. The band is known for its visual iconography and signature characteristics assigned to each band member. Each musician is identified by a specific color, stage name, and graphic tied into the band's theatrical nature. The band has released three studio albums. After independently releasing a self-titled debut in 1996, the band garnered mainstream exposure with the support of nu metal pioneers Jonathan Davis and Fred Durst who aided Deadsy on their 2002 album Commencement. Throughout the 2000s, Deadsy toured across the United States, most notably performing on the Family Values Tour. The band released a second major label album, Phantasmagore, in 2006, before taking an indefinite hiatus in 2007. As of 2020, the band is recording their third record "Subterfugue" which is planned for released in 2021. 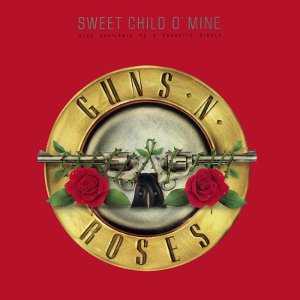 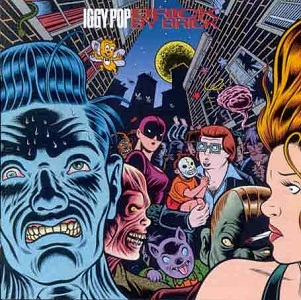 Brick by Brick is the ninth studio album by American singer Iggy Pop released in June 1990 by record label Virgin.

"Happiness Is a Warm Gun" is a song by the English rock band the Beatles from their 1968 album The Beatles. It was written by John Lennon and credited to the Lennon–McCartney partnership. The song was composed into three distinct sections, referred by Lennon as "the Dirty Old Man", "the Junkie" and "the Gunman ". He derived the title from an NRA magazine and explained that the lyrics were a double entendre for guns and his sexual desire for Yoko Ono. 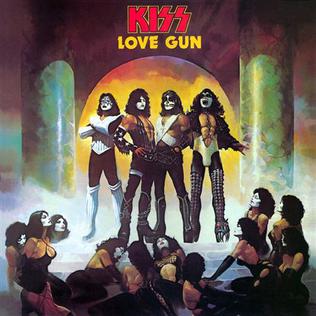 Love Gun is the sixth studio album by American hard rock band Kiss, released on June 30, 1977. Casablanca Records and FilmWorks shipped 1,000,000 copies of the album on this date. It was certified platinum and became the band's first top 5 album on the Billboard 200. The album was remastered in 1997 and again in 2014. 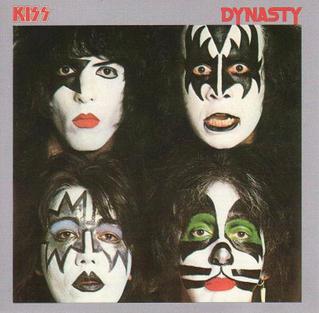 Dynasty is the seventh studio album by the American rock band Kiss, produced by Vini Poncia and released by Casablanca Records on May 23, 1979. It was the first time that the four original members of Kiss did not all appear together for the entire album.

Workers Playtime is a 1988 album by Billy Bragg. Originally released on the Go! Discs label, it is his fourth release but third full-length album. It was reissued on compact disc in September 1996 on the Cooking Vinyl label before being remastered, expanded and reissued in 2006 on Cooking Vinyl in the UK and on the Yep Roc label in the United States.

A Triumph for Man is the first album by Danish band Mew, released in April 1997 by the Danish record label Exlibris Musik.

"Christine Sixteen" is a song by American hard rock band Kiss. It originally appeared on their 1977 album Love Gun. Released as a single in the US in 1977, the song peaked at number 25 on the Billboard Hot 100 chart that year, and did well in Canada, peaking at number 22.

"Carmelita" is a country rock song written by Warren Zevon. The song was originally recorded by Canadian singer Murray McLauchlan on his self-titled album of 1972. Zevon himself recorded it four years later, in 1976, on his self titled album. Linda Ronstadt recorded a well known version in 1977, and various covers have followed. 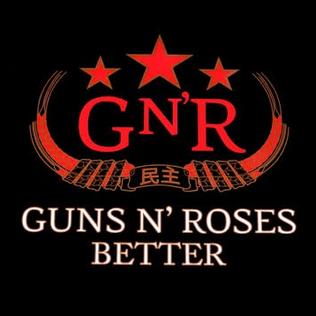 In Fear and Faith was an American rock band from San Diego, California. Formed in 2006, the group was signed to Rise Records and released three studio albums and two EPs. Their debut full-length, Your World on Fire, being released nearly a year after the band's signing to Rise in 2008, peaked at No. 193 on the Billboard 200. Their second full-length album, Imperial was released the following year and failed to make that chart, but did chart on the Top Heatseekers and overall Indie chart in the US. The band has undergone many line-up changes since its formation, and does not feature any consistent original members since the departure of guitarist Ramin Niroomand and drummer Mehdi Niroomand in 2014; vocalist Scott Barnes is the only current member of the band to have performed on all of the group's studio albums, though he is not an original member; likewise, although current bassist Tyler McElhany is a founding member of the band himself, he was out of the group from 2011 to 2014 and did not contribute to their third album, In Fear and Faith.

Ronald Jay Blumenthal, better known by his stage name Ron "Bumblefoot" Thal, is an American guitarist, songwriter, and producer. He adopted his nickname from the bacterial infection of the same name, which he learned about while helping his wife study for her veterinary exams. The name went from being just the name of an album, to the name of a record label, to a band name, to eventually his name as a solo artist. He was one of two lead guitarists in Guns N' Roses from 2006 until 2014 and performed on their sixth studio album Chinese Democracy. He is currently the guitarist for the supergroup Sons of Apollo and also guitarist and vocalist for the band Asia, having joined in 2019.