Noregs Ungdomslag is a Norwegian cultural society formed in 1896. It has around 17,000 members and 450 local chapters.

IL i BUL has sections for track and field athletics and skiing, and has previously been active in orienteering, football and handball. [1]

Ingrid Kristiansen is a Norwegian former athlete. She was one of the best female long distance runners during the 1980s. She is a former world record holder in the 5000 metres, 10,000 metres, the half-marathon and the marathon and was a World Champion on the track, roads and cross-country. Kristiansen was the first athlete to win World titles on all three surfaces. At the 1984 Los Angeles Olympics, she finished fourth in the first women's Olympic marathon. At the 1988 Seoul Olympics, she dropped out of the 10,000 metres final while leading. Early in her career, she was also an elite cross country skier, winning several Norwegian titles and a European junior championship.

Thor Helland was a Norwegian long-distance runner who specialized in the 5000 metres.

Knut Brustad is a former Norwegian middle distance runner who specialized in the 800 and 1500 metres. He represented Frosta IL and IL i BUL during his active career.

In 1965 BUL co-formed Bislett-alliansen, together with two other sports clubs, IK Tjalve and SK Vidar, and since 1966 this group has organized the annual Bislett Games, an IAAF event. [3]

Idrettsklubben Tjalve is a Norwegian athletics club from Oslo, founded on 27 December 1890. It is named after Þjálfi in Norse mythology.

Sportsklubben Vidar is a Norwegian sports club from Oslo. It has sections for track and field, triathlon and archery. 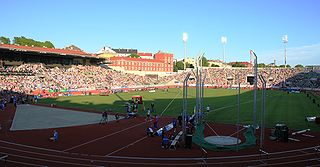 Ola Skarholt, was a Norwegian orienteering competitor. He became Relay World Champion in 1970 as a member of the Norwegian winning team, which also consisted of Stig Berge, Per Fosser and Åge Hadler. Skarholt placed forth in the individual contest.

Ingrid Hadler is a Norwegian orienteering competitor. She won the 1970 Individual World Orienteering Championships in Eisenach, and received a silver medal in Linköping in 1968. World champion Relay 1968, silver medal 1974, and bronze medal 1966 and 1970.

Among the skiers who have competed for IL i BUL, are cross-country skiers Johan Grøttumsbråten [4] and Odd Martinsen, both Olympic Champions and World Champions, Bjarne Iversen, [5] Henry Hermansen, [6] Heidi Weng [7] and ski jumper Sigurd Sollid.

Johan Hagbart Pedersen Grøttumsbraaten was a Norwegian skier who competed in Nordic combined and cross-country. Dominating both events in the 1920s and early 1930s, he won several medals in the early Winter Olympics. Most notably, he won two gold medals at the 1928 Winter Olympics, and as one of the only two entrants to win two gold medalists from St. Moritz, was the most successful athlete there, along with Clas Thunberg of Finland. He previously won three medals at the inaugural Winter Olympics held in Chamonix in 1924, and went on to defend his Olympic Nordic Combined at the 1932 Winter Olympics.

The football team was among the pioneers of women's football in Norway. The women's team played in the highest league in Norway as late as in 1991. It is now defunct.

Bjarne Iversen was a Norwegian cross-country skier who competed in the 1930s. He won a silver medal in the 4 x 10 km relay at the 1936 Winter Olympics in Garmisch-Partenkirchen. 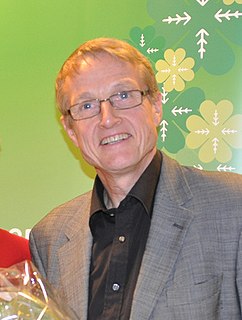 Ivar Egeberg is a Norwegian sports official, retired athlete and politician for the Centre Party.

Idrettsforeningen Sturla is a Norwegian sports club from Drammen, founded in 1923. It has sections for athletics, orienteering and skiing.

Bækkelagets Sportsklub is a Norwegian sports club from Bekkelaget in southern Oslo, founded in 1909. The club has sections for skiing, orienteering, handball, football, floorball and track and field athletics, previously also bandy. It is known for organizing one of the world's largest youth football tournaments, Norway Cup. 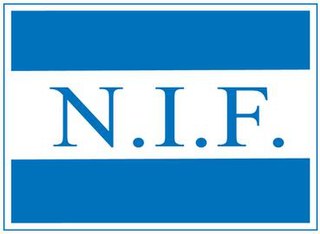 Nordstrand Idrettsforening is a sports club in Nordstrand, Oslo, Norway. The club has sections for alpine skiing, association football and handball. It formerly had sections for orienteering, track and field and Nordic skiing. The club colors are white and blue. 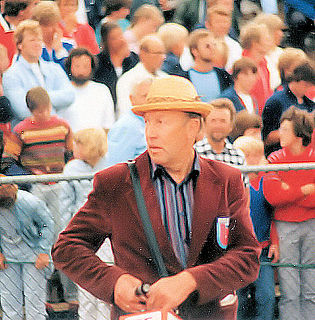 Arne Haukvik was a Norwegian sports official for IL i BUL and politician for the Centre Party and the Pensioners Party. He is best known for founding the Bislett Games. As a politician, he was a four-term member of Oslo city council and a one-term member of the Parliament of Norway.

Sportsklubben Freidig is a Norwegian sports club from Trondheim. 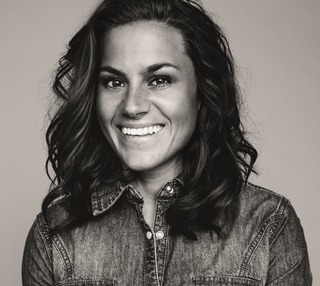 Heidi Weng is a Norwegian cross-country skier and fell runner.

Oslo Idrettslag is a Norwegian multi-sports club from Oslo, with sections for swimming, speed skating, figure skating and athletics.