If There's Any Justice

"If There's Any Justice" is the first single taken from British R&B singer Lemar's second album, Time to Grow (2004). Originally offered to Hear'Say, the song was rejected by the group after they decided it was "too mature" for them. [2] It would eventually become a top-10 hit for Lemar, peaking at No. 3 on the UK Singles Chart, his fourth in a row to reach the top 10. Outside the UK, the song reached No. 1 in Hungary and entered the top 40 in France, Ireland, and New Zealand.

The lyrics refer to Lemar being in love with a girl who already has a man. He claims that if he had met her first, he would be her man instead. He is making it clear in the song that he feels that there is no justice in the world because of this fact.[ original research? ] 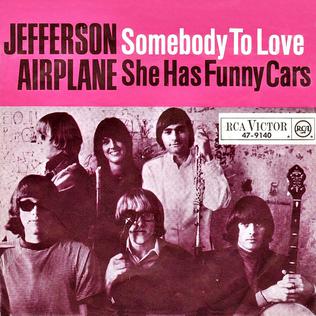 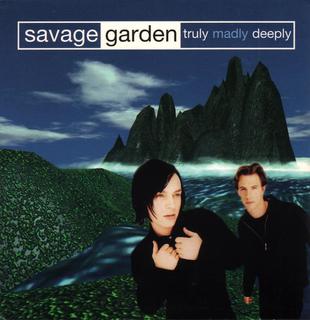 "Truly Madly Deeply" is a song by Australian pop duo Savage Garden, released as the third single from their self-titled debut album in March 1997 by Roadshow and Warner Music. It won the 1997 ARIA Music Award for Single of the Year and Highest Selling Single and was nominated for Song of the Year. Written by bandmates Darren Hayes and Daniel Jones, the song is a reworking of a song called "Magical Kisses" that the pair wrote together during the recording of their debut album. 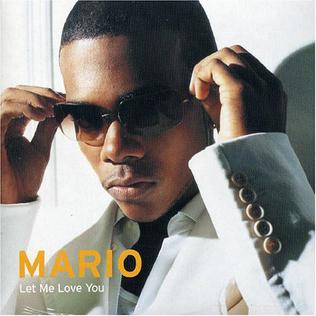 "Let Me Love You" is a song by American singer Mario, released as a single on October 4, 2004, from his second studio album, Turning Point (2004). The song was written by Ne-Yo, Kameron Houff and Scott Storch, and produced by Storch. The remix of the song, also produced by Storch, contains rapped verses from Jadakiss and T.I. The song garnered Mario a Grammy Award nomination for Best Male R&B Vocal Performance in 2006 and became a top-10 hit worldwide, reaching number one in the United States, Canada, Germany, the Netherlands, and New Zealand. 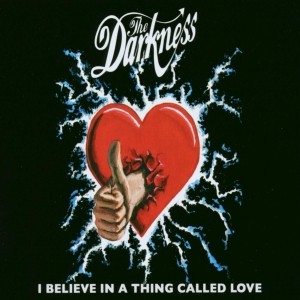 "I Believe in a Thing Called Love" is a song by English rock band the Darkness, released as the third single from their debut studio album, Permission to Land. When released as a single in September 2003, it peaked at number two in the UK Singles Chart, just behind The Black Eyed Peas' "Where Is the Love?". The song also charted worldwide, becoming a top-10 hit in Ireland, New Zealand, and Sweden, as well as on the US Billboard Modern Rock Tracks chart. 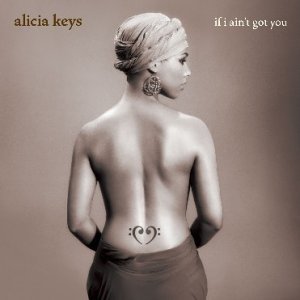 Alicia Keys"If I Ain't Got You" is a song by American singer-songwriter Alicia Keys from her second studio album The Diary of Alicia Keys (2003). Inspired by the 2001 death of singer Aaliyah, the terrorist September 11 attacks, and other events in the world and in Keys' life, the song is about "how material things don't feed the soul." The single cover depicts Keys similarly to the subject of Man Ray's 1924 painting Le Violon d'Ingres. 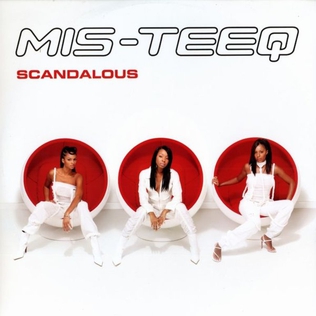 "Scandalous" is a song by British girl group Mis-Teeq. It was composed by band members Su-Elise Nash, Alesha Dixon, and Sabrina Washington along with frequent collaborators Hallgeir Rustan, Tor Erik Hermansen, and Mikkel Eriksen for their second studio album, Eye Candy (2003), with production handled by the latter two under their production moniker Stargate. Written in the key of C minor, "Scandalous" is an up-tempo R&B song with a heavy bassline, strings, a siren sound, and suggestive lyrics. 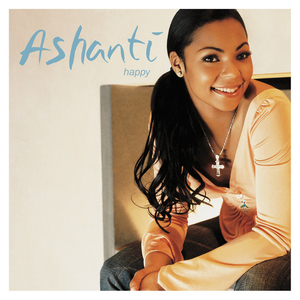 "Happy" is a song by American singer Ashanti from her self-titled debut album (2002). The track was written by Ashanti, Chink Santana, and Irv Gotti, with production overseen by Santana and Gotti, and contains a sample of Gap Band's "Outstanding" (1982), written by Raymond Calhoun. "Happy" was released as the album's second single on June 17, 2002, reaching number eight on the US Billboard Hot 100 and number six on the Billboard Hot R&B/Hip-Hop Songs chart. Elsewhere, the single entered the top 10 in the Netherlands while reaching the top 20 in Ireland, New Zealand, and the United Kingdom.

"Take Me to the Clouds Above" is a song by British dance group LMC. It peaked at number one on the UK Singles Chart for two weeks in February 2004. The song interpolates Whitney Houston's 1986 hit "How Will I Know" and samples U2's 1987 hit "With or Without You". The vocals in the song were performed by Rachel McFarlane. 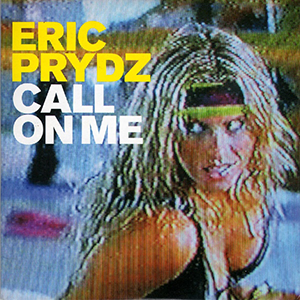 "Call on Me" is a song co-written and produced by Swedish DJ and producer Eric Prydz. The song is based on a sample of Steve Winwood's 1982 song "Valerie" from the album Talking Back to the Night. "Call on Me" received significant sales success and topped several record charts. The song is known for its music video, which features several women and a man performing aerobics in a sexually suggestive manner. 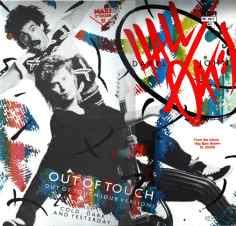 "Out of Touch" is a song by American duo Hall & Oates from their twelfth studio album Big Bam Boom (1984). The song was released as the lead single from Big Bam Boom on Thursday, October 4, 1984, by RCA Records. This song was their last Billboard Hot 100 number-one single, topping the chart for two weeks in December 1984. It also became the duo's fourteenth consecutive top 40 hit since 1980. 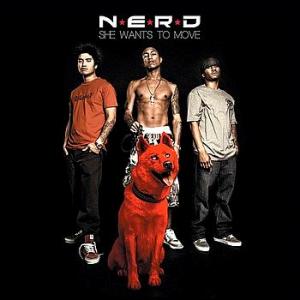 "She Wants to Move" is a single by American hip hop and rock group N*E*R*D from their second studio album, Fly or Die (2004). It was written by Pharrell Williams and Chad Hugo and released on February 9, 2004, as the album's lead single. The song peaked at number six on the US Billboard Hot Dance Club Play chart and achieved mainstream success outside the United States, peaking within the top ten on the charts of Denmark, the Netherlands, Norway and the United Kingdom. It received substantial airplay on MTV. 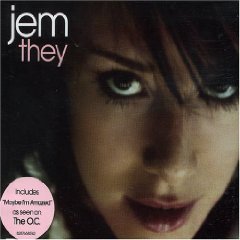 "They" is the first single released by Welsh singer Jem from her debut album, Finally Woken (2004). It includes a sample of the Swingle Singers' 1963 adaptation of Johann Sebastian Bach's Prelude in F minor from Book II of Well-Tempered Clavier from their album Jazz Sebastian Bach. "They" was released in the United States in February 2004 and was issued worldwide the following year. The song became Jem's most successful single, reaching number six on the UK Singles Chart, number one in Hungary, and the top 20 in Austria, Ireland, and Greece. 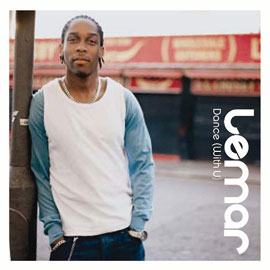 "Dance " is the second single released by British R&B singer Lemar and his first for Sony Music UK after coming third place in the BBC show Fame Academy. The single became a hit in the United Kingdom, peaking at number two on the UK Singles Chart in 2003. Elsewhere, the song reached number six in New Zealand and became a top-40 hit in Ireland, Italy, and the Netherlands.

"As the Rush Comes" is a song by American progressive group Motorcycle. Motorcycle was a collaboration between San Francisco-based trance duo Gabriel & Dresden with vocalist Jes. It was released as the group's first single in 2003 and was a number-one single on the US Billboard Hot Dance Airplay chart in 2004, where it would become the first year-end number-one Dance Airplay track that same year. Additionally, "As the Rush Comes" became a transatlantic hit, peaking at number 11 in the United Kingdom and reaching the top 20 in Finland, Flanders, and the Netherlands. 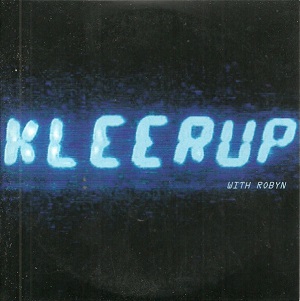 "With Every Heartbeat" is a song by Swedish record producer Kleerup and Swedish singer-songwriter Robyn. It was first released on 10 January 2007 in Sweden and later on 30 July 2007 in the United Kingdom. It was released as the second single from the international edition of Robyn's self-titled fourth studio album and the lead single from Kleerup's self-titled debut studio album.

"Dumb" is a song by British R&B group the 411. Released as a single on 23 August 2004, it was included on the group's debut album Between the Sheets (2004). To date, "Dumb" is their highest-charting single, entering and peaking at number three on the UK Singles Chart. In other countries, "Dumb" peaked at number 12 in Ireland as well as the top 40 in Australia, Austria, Germany, and Switzerland.

"Eyes on You" is a song by British singer Jay Sean featuring the Rishi Rich Project, released as the second single from Sean's debut album, Me Against Myself (2004). It was Sean's debut solo single and was released on 21 June 2004. The song reached number six on the UK Singles Chart and number 18 in the Netherlands. 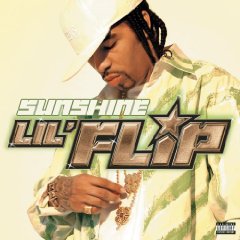 "Sunshine" is a song by American hip hop recording artist Lil' Flip, released May 24, 2004, as the second single from his third album, U Gotta Feel Me (2004). The song, produced by the Synphony, features vocals by American singer Lea. It reached number two on the US Billboard Hot R&B/Hip-Hop Songs, Hot Rap Songs, and Hot 100 charts, stuck in each case behind Terror Squad's "Lean Back". It went on to become his most successful single to date.

"Bubblin'" is a song recorded by English boy band Blue. The song was released as the fourth and final single from their third studio album, Guilty (2003). Uncredited on the song is girl group L.A.D.É., who performs the rap verse. It was released as a single on 28 June 2004 in the United Kingdom, where it reached nine on the UK Singles Chart. It also became a top-ten hit in Switzerland and Wallonia, as well as a top-five hit in Hungary and Italy. A French version of the song featuring Linkup, entitled "You and Me Bubblin'", was released in France and peaked at number 13.